Announcement in English on the website of the President of Russia, April 7, 2016 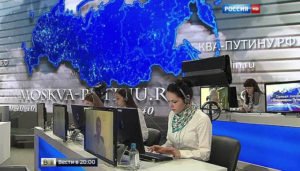 Following the same format as previously, the President will speak directly with people from around the country and answer their questions on the country’s life and the international situation.

As in past years, not only those invited to the studio will have a chance to put questions to the President but also people throughout Russia. Mr. Putin will speak with citizens during a series of direct linkups with various Russian cities. People can also call or send SMS/MMS messages to the call centre set up for the event, or record brief video questions. This year, for the first time, people can not only send pre-recorded video questions but also make video live calls on the programme.

As in previous years, people can send their questions to the programme’s site: moskva-putinu.ru or москва-путину.рф. The site also provides information on a special app for mobile devices. Another innovation this year is that users of the social network VKontakte can ask their questions via a group the programme has set up especially for this purpose.

People will have a week to send in their questions. The most interesting and topical ones will be put before the President during the live broadcast.The question processing centre started its work on April 7 at midday (Moscow time) and will continue through to the programme’s end. As in the past, people from all around Russia can call the following number: 8–800–200–40–40. Calls from fixed-line and mobile phones are free. If you are calling from abroad, you can call , , and .

Questions in SMS and MMS form can be sent to the number 0–40–40 only via Russian mobile communications operators. Messages are free. Questions must be in Russian and contain no more than 70 characters.

As was the case last year, the programme’s internet site and Russian Public Television (OTR) will provide online broadcasting with sign-language interpreting.

And from a report on Fort Russ:

… The amount of questions submitted to the President on the eve of the Q&A session has surpassed one million – confirms press secretary Dmitry Peskov on 13th April 2016. Peskov has stated that the majority of questions have been asked via the telephone – however it is also possible to submit via SMS, MMS, official internet channels and even VKontakte (Russian version of Facebook)…

Ed: “RTR planeta” is a free, 24 hour news channel which can be viewed from anywhere in the world by clicking ‘прямой эфир’ in the top bar, and then ’24’ at the bottom of the following page. Live, dubbed versions into several languages are usually available via RT.com’s YouTube channel. 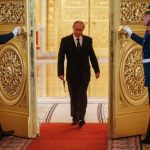 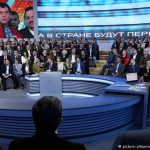