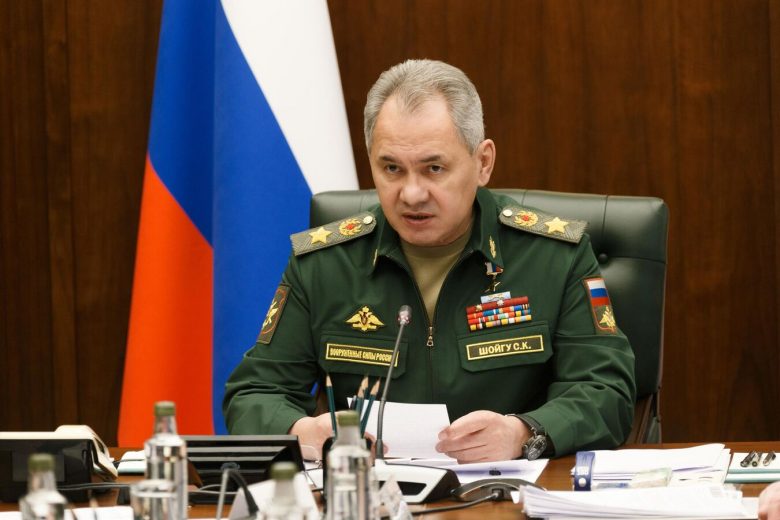 Following his appointment as commander of all Russian forces in Ukraine last month, General Sergei Surovikin stated that the situation in the zone of Russia’s special military operation is tense, as Ukrainian forces keep making attempts to attack Russian positions.
________________________

Russian Defense Minister Sergei Shoigu has agreed to the suggestion of Sergei Surovikin, the Russian Army general appointed commander of all Russian forces in Ukraine, to withdraw troops from parts of Russia’s Kherson region to the left bank of the Dnepr River.

The decision was made as Surovikin delivered a report to Shoigu on the course of the special military operation.

General Surovikin told the defense minister that the establishment of defenses along the left bank of the Dnepr River would be the most rational option in the current circumstances. He warned that should the Kiev regime proceed with its plans to destroy the Kakhovskaya hydroelectric plant and dam, it could lead to disastrous consequences.

He stressed yet again that Kiev’s missile strikes on the dam have been incessant, and on September 26, one of the spillway shutters was hit and damaged.

There will be an additional threat to the civilian population and a complete isolation of the group of our troops on the right bank of the Dnepr. Under these conditions, the most rational option is to establish defense along the barrier line of the Dnepr River,” he said, adding that the intensive discharge of water through the dam of the Kiev hydroelectric power plant and hydroelectric power plant downstream, which Ukraine has been carrying out since October 10, was also a cause for concern about the possible flooding of both banks of the Dnepr River.

While admitting that it was a difficult decision to make, the general stressed that the measure would help save the lives of Russian servicemen.

“We will save, most importantly, the lives of our servicemen and, in general, the combat capability of the group of troops, which is futile to keep on the right bank in a limited area. In addition, part of the forces and means will be freed up, which will be used for active operations, including offensive in other directions in the zone of the operation,” he explained.

Defense Minister Shoigu agreed, emphasizing that the lives of Russian servicemen will always be a top priority.

While the general said that the situation in the zone of the special military operation has generally stabilized, Ukrainian forces haven’t abandoned attempts to attack Russian positions. However, Russian forces managed to fend off Ukrainian attacks in the direction of Krasny Liman and Kupyansk. Surovikin added that the attempted offensive by the Ukrainian forces on Kherson last night was repelled too. The Ukrainian side is suffering significant losses, he stressed, having lost 9,500 men, both killed and wounded, in the direction of Kherson since August.

We are successfully resisting all enemy offensive attempts. In the course of repelling his attacks in this area, from August to October, the Armed Forces of Ukraine lost more than 9,500 servicemen, both killed and wounded, more than 200 tanks, 500 armored fighting vehicles, about 600 vehicles for various purposes and more than 50 artillery pieces and mortars. As you know, the attacking side suffers greater losses than the one that is on the defensive. In this case, the enemy’s losses are 7-8 times more than ours. We think, first of all, about the life of every Russian serviceman,” he stressed.

He also revealed that over 115,000 people have already been relocated from the area of hostilities in Kherson – the right bank of the river – to the left bank.

People’s lives are constantly in danger because of the shelling. The enemy is firing indiscriminately at the city, it is possible that they’re using prohibited methods of warfare,” Surovikin pointed out, adding that under such conditions, the city of Kherson and the surrounding settlements cannot fully function or be supplied.

Kherson region authorities have previously considered the possibility of Russian troops leaving Kherson city, the capital of the formerly Ukrainian region that joined Russia following a referendum in late September, to relocate to the left bank of the Dnepr River.

The city is located on the western bank of the river, which exposes it to potential Ukrainian attacks, while the eastern side – also known as the left bank – is more defensible, with the river serving as a giant natural obstacle. The late deputy head of the Kherson Military-Civilian Administration Kirill Stremousov said in early November that Russian troops are “likely” to move to the left bank – mostly in order to make sure that as many civilians as possible are safe. He also repeatedly urged everyone who has not yet left the region to do so as soon as they can.

I’m always with the people, I understand that people should be the basis [of everything], because I am a Khersonite myself,” Stremousov, who died in a road accident earlier on November 9, said.

Last month, General Surovikin described the situation in the zone of the special military operation, including Kherson, as “tense” and warned that the military may be forced to make “difficult decisions.” Over the past few weeks, Ukrainian forces have repeatedly tried to attack Kherson, but the attempts were repelled. On Tuesday, Ukrainian troops, along with foreign mercenaries, made yet another attempt to launch an offensive on Russian positions in the Kherson region, but the attack was fended off, with the Ukrainian side being forced to retreat after suffering significant losses.

According to the Russian Defense Ministry, Ukrainian forces failed to gain any advantage in the region, with Russian troops successfully holding off enemy attempts to attack or gain new territories. On November 3, reports emerged saying that the Russian flags had been removed from government buildings in Kherson. However, the authorities explained that the government had been moved to a different city.

Russian envoy Vasily Nebenzia warned that the destruction of the facility could result in the deaths of thousands of civilians and loss of thousands of homes, but the West chooses to ignore “any criminal acts” committed by the Kiev regime.

The same month, Acting Governor of the Kherson region Vladimir Saldo said that a “difficult, but right” decision had been made to relocate civilians from a number of municipalities from the right to the left bank of the Dnepr River to protect the population.

The caretaker governor explained that there was “an immediate danger of flooding in the territories due to the planned destruction of the Kakhovskaya hydroelectric dam” by Ukrainian forces. The measure, he stressed, would help shield civilians from Kiev’s “banned methods of war,” while also helping to better defend the area from a Ukrainian offensive from the north.

He elaborated that Russian forces were setting up fortifications to repel the attack: “Where the military operates, there is no place for civilians.”

President Vladimir Putin, for his part, said earlier in November that relocating civilians from Kherson was a top priority, since Ukrainian forces were continuing to target the bridges crossing the Dnepr River, as well as the Kakhovskaya hydroelectric plant and its dam, threatening large-scale flooding.

The Kherson region officially became part of Russia in early October, together with the liberated areas of the Zaporozhye region and the People’s Republics of Donetsk and Lugansk, after the people in those territories overwhelmingly supported the move in referendums. 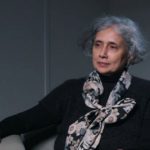 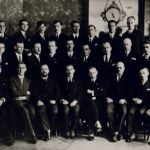 Special Report: The reactionary origins of Ukrainian nationalism and the extreme-right ideology of its present-day expressionDmitriy Kovalevich, Nationalism, Ukraine