Russian attorney Natalia Veselnitskaya, who has become a poster child for the mainstream media’s claims of collusion between the Trump administration and the Kremlin, agreed to speak to RT on the streets of Moscow. 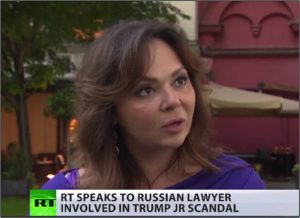 The attorney, who met with Donald Trump Jr. during his father’s campaign for the presidency, said she knows who was behind the “mass hysteria” related to the meeting. She accuses Magnitsky Act lobbyist William Browder of masterminding the disinformation campaign, aiming to harm her as revenge for a defeat he suffered in a U.S. court in 2013 at the hands of a team of lawyers that included Veselnitskaya.

“I have absolutely no doubt that this whole information [campaign] is being spun, encouraged and organized by that very man as revenge for the defeat he suffered in the court of the Southern State of New York in the ‘Prevezon’ company case,” she said.

In 2013, Veselnitskaya was one of the lawyers who represented Cyprus-based holding company Prevezon, owned by Russian businessman Denis Katsyv, in its defense against allegations of money laundering. The case was settled with no admission of guilt by Prevezon.

“He wasn’t able to convince the court with his lousy human tragedy that actually never happened, about the fate of a dead man – who he only learned about after his death,” Veselnitskaya said, referring to the 2009 death of Russian lawyer and auditor Sergey Magnitsky in a Moscow detention center.

Browder, the CEO of Hermitage Capital Investment company, is a big name in Russia, known mostly for his business dealings there in the 1990s and his economic crimes. He was also the boss of the late Magnitsky. He has remained one of the main vocal opponents of the Kremlin, long after leaving Russia.

Veselnitskaya also said that Browder and his team began spying on her before her meeting with Trump Jr.

“It’s been revealed that Mr Browder and his team have been gathering information about my family,” she told RT, adding that Browder’s team “found photos of my house and sent them to Kyle Parker… a famous man in the House of Representatives, who worked for Mr Browder for many years – and not for any congressmen or congress as a whole.”

An email reportedly containing a photo of Veselnitskaya’s house was discovered in a trove of emails published online by an unidentified party. It was allegedly obtained from the account of a U.S. State Department intelligence official tasked with monitoring Russia. The email was presumably sent by Browder to Parker on June 6, 2016.

Veselnitskaya said the meeting with Trump Jr. was aimed at informing him about Browder and his actions.

“I am already tired of talking about it, but apparently nobody wants to hear. This was the story that I brought to Donald Trump Jr. I wanted him to know that Browder, a person who gave up his U.S. citizenship, is trying to manipulate people in Congress,” she said.

Browder, according to Veselnitskaya, used the meeting as ammunition to harm both her and the Kremlin.

Now Veselnitskaya is ready to testify to the Senate. Her only condition is that she receives security guarantees. “If the Senate wishes to hear the real story, I will be happy to speak up and share everything I wanted to tell Mr. Trump,” she added, referring to the economic crimes that Browder is suspected of in Russia.

“I will share everything I know about this situation when millions came into my country and billions left it – and nobody paid taxes.”

Browder was sentenced in absentia to nine years in prison for tax evasion. According to the 2013 court verdict, Browder together with Sergei Magnitsky failed to pay over 552 million rubles in taxes (about US$16 million).

The Magnitsky Act is a 2012 U.S. law that allows the United States to seize assets from a number of alleged Russian human rights abusers and bars them from entering the country. Russia retaliated by prohibiting American families from adopting Russian children.

A documentary film debunking the Magnitsky myth, which was an opening salvo in the New Cold War, was largely blocked from viewing in the West but has now become a factor in Russia-gate. 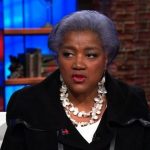 The Democrats’ Donna Brazile just called Russians ‘the communists’ and it wasn’t an accidentFeature Articles, Multipolarity 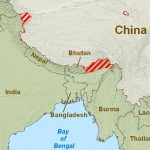