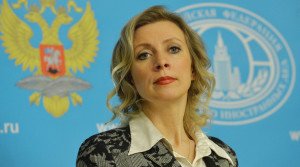 Zakharova questioned the authenticity of the statement attributed to U.S. Secretary of State Kerry, in which he called for Savchenko to be freed “under the Minsk agreements.” The spokeswoman pointed out that the agreements on the ceasefire in eastern Ukraine do not cover cases such as that of Savchenko’s, who stands accused of complicity in the deaths of two Russian journalists, killed by Ukrainian artillery fire she allegedly directed.

Kerry’s statement called on Russia to “immediately release” the pilot as her “trial and continuing imprisonment demonstrate disregard for international standards as well as for Russia’s commitments under the Minsk agreements.”

Kerry must know that “there’s no word in the Minsk agreements about N. Savchenko and her case doesn’t meet the criteria of any of the situations described there,” she wrote.

Zakharova also pointed out that the statement, published right ahead of the court hearing, seeks to influence the Russian court system, as “the publication of pleas to free a defendant means exercising direct pressure on a court in order to influence its decision.”

The spokeswoman drew attention to the hypocrisy of U.S. officials, referring to the cases of Russian citizens Victor Bout and Konstantin Yaroshenko, who were seized by U.S. services overseas and were subjected to ill-treatment. Both insist they have been wrongfully charged and both have been kept behind bars for years, with Washington showing no intention of releasing them.

Zakharova also slammed Kerry’s selective approach to freedom of the press: “His department doesn’t take any interest in the investigation of the murder of two Russian journalists,” she wrote, noting that the victims of the Ukrainian attack “were journalists who were doing this job at the moment they were killed.” Washington only employs human rights rhetoric as a political tool, she added.

Referring to the statement listing interrogations, solitary confinement and “forced” psychiatric evaluation as infringing Savchenko’s rights as a detainee, Zakharova dismissed the accusations as “absurd” in the light of recent revelations on secretive CIA prison facilities and torture, abuse in Guantanamo Bay, and numerous cases of the unlawful capture of foreign citizens by the US authorities.

Nadezhda Savchenko was detained last July and charged with complicity in the deaths of two Russian journalists, Igor Kornelyuk and Anton Voloshin, near Lugansk, eastern Ukraine, as well as with illegally crossing the border into Russia.

As established by the prosecution, she had reported the location of the Russian journalists to Ukrainian troops, who then shelled the area killing civilians, including the two reporters.

Savchenko’s case has stirred up controversy and courted international attention, with pro-Ukrainian activists labeling her a political prisoner and a hero. While in jail, she attempted two inconclusive hunger strikes protesting the length of her trial process. Since March 3, Savchenko has been on dry hunger strike, refusing to take water as well as food.

The prosecution has demanded a 23-year prison term for Savchenko and a fine amounting to 100,000 rubles ($1,370). Savchenko is expected to deliver her final plea on Wednesday, March 9.

Savchenko joined a Ukrainian peacekeeping mission in Iraq, where she spent six months as a sniper. After that mission she returned home, where she graduated from Air Force University in the city of Kharkov, eastern Ukraine. All in all, the pilot has over 170 hours of battle flights.

In 2014, she joined the infamous Aidar Battalion in Ukraine’s east. The unit has been repeatedly accused by Amnesty International, Human Rights watch and OSCE mission of human rights violations in eastern Ukraine.

Savchenko’s fate from that point on remains uncertain. A Ukrainian theory has it that she was captured by self-defense troops in the Lugansk Region and was then transported to Russia. Moscow says she entered Russia as an asylum seeker. 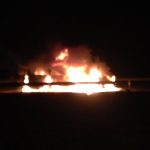 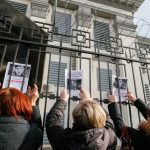 Attacks on Russian embassy and consulates across UkraineRussia, Ukraine