A message from the Russian Congress of Canada in regard to the secession of Crimea from Ukraine and joining the Russian Federation, March 16, 2016 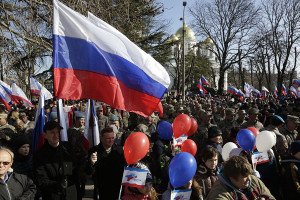 TORONTO – Two years ago on March 16, 2014, the people of Crimea voted overwhelmingly in favour of secession from Ukraine and applying to join the Russian Federation. Their application to join Russia was quickly accepted.

The secession decision was immediately condemned by governments in Europe, North America and elsewhere in the world. It was labeled an “annexation” by Russia accompanied by a Russian military intervention. Harsh economic and other sanctions were imposed against the territory and population of Crimea and its political leaders. Equivalent sanctions were imposed on Russia.

The claim of “annexation” does not accurately describe the events as they occurred in Crimea, nor is it shared by the overwhelming majority of the people of the peninsula. Two years later, we believe it is time for sober, second thought in the West on the Crimean events and it is well-nigh time that the punishing and unfair sanctions be lifted.

Two reasons explain why the Crimean people voted as way they did in March 2014. One, they viewed with alarm the events taking place in the Ukrainian capital of Kiev and elsewhere in that country in late 2013 and early 2014. The Ukrainian government was overthrown on February 22, 2014, by a violent, extra-constitutional movement. The overthrow came days after a political agreement brokered by the European Union was reached that would have seen an early presidential election convened as well as other measures responding fairly to the protesters on Maidan Square.

Let us recall that the elected President Yanukovych who was overthrown on February 22 received a strong majority of the votes case in Crimea in the second-round presidential vote in Ukraine on February 7, 2010.

Two, the status of Crimea as an autonomous republic of Ukraine was never a free choice of the people there. Crimea was attached to the Ukrainian Soviet Republic by administrative decision of the Soviet Union in 1954. Following Ukraine’s accession to independence in 1991, during the transition from the Soviet Union, several efforts to establish an independent Crimea were rebuffed, and not only by the new Ukrainian authorities but also by the Russian authorities of the day. After much struggle and contestation, Crimea became the ‘Autonomous Republic of Crimea’. It was the only territory in Ukraine to acquire an autonomous, status, a constitutional status, no less. It was the duly elected assembly of that republic which conducted the secession vote of March 16, 2014.

Poll after poll of the Crimean people following secession has shown high rates of satisfaction with decision, including among Crimeans of Ukrainian descent. And one poll which specifically questioned the much-discussed Crimean Tatars found 50 per cent support and 30 per cent opposition (the remainder responded “don’t know”). That poll was commissioned by John O’Loughlin, College Professor of Distinction and Professor of Geography at the University of Colorado at Boulder, and Gerard Toal, Professor of Government and International Affairs at Virginia Tech’s National Capital Region campus, and conducted in conducted in December 2014. [https://www.opendemocracy.net/od-russia/john-o%E2%80%99loughlin-gerard-toal/crimean-conundrum]

In the past six months, Crimea’s economy has been targeted for violent disruption by right-wing extremists in Ukraine. A blockade of commercial road transport began in September 2015 and electrical service to Crimea from Ukraine was severed in November when electricity pylons providing the large bulk of Crimea’s electricity were blown up. The response of the government in Kiev to what can only be described as terrorist acts was to formalize both blockades.

If something as violent and seemingly intractable as the war in Syria could be on the road to a resolution today, surely the far less complicated conflict in Crimea can be resolved. Indeed, there is a precedent from the war in Yugoslavia during the 1990s when the governments of the NATO alliance intervened militarily to support “self-determination” for the Albanian population in the Kosovo territory of Serbia.

In fact, Crimeans joined a number of countries and regions — including Scotland, Catalonia and Venice in 2014— that were seeking to exercise their right for self-determination from unresponsive or oppressive governments.

What is lacking in resolving the conflict in Crimea, including the lifting of sanctions, is political will in Western capitals. We appeal to Canadians to heed the clearly expressed will of the Crimean people two years ago and send a message to our political leaders and editorial influence-makers to heed likewise.

We conclude with a salient reminder in the form of an excerpt from the founding charter of the United Nations, signed in San Francisco on June 26, 1945. Article one of the Charter declares the goals of the organization in four clauses: [http://www.un.org/en/sections/un-charter/chapter-i/index.html] 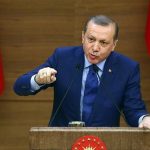 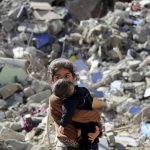