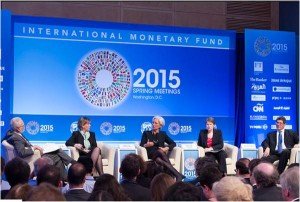 On May 19, the Ukrainian parliament passed a law authorizing the government to cease payment to foreign debt holders. Ukrainian officials have indicated that the $3 billion bond held by Russia may be a target of the new law. The controversy and conflict over the debt could have major implications not only for the two countries directly involved but for the International Monetary Fund. As with Russia’s annexation of Crimea, the fallout of such a challenge could pose a major threat to the post-Cold War global order.

The bond is formally due in December 2015, although a much-debated technicality that Russia imposed on the agreement when former Ukrainian President Viktor Yanukovych approved it means that Russia could demand repayment at any time.

Pushing the issue to the fore, Russian Finance Minister Anton Siluanov warned the day after the law was passed that Russia would take Kiev to court in the event of any delays or failures to make a $75 million interest payment in June.

The bond was intended to be the first part of a total $15 billion worth of purchases of Ukrainian debt by Russia. The bond purchases were made as the Euromaidan protests began to show the first signs they posed a fatal risk to Yanukovych’s regime and a pro-Russian path.

After the Euromaidan protests caused Yanukovych to flee to Russia and Ukraine’s path jerked decisively toward Europe, Russia immediately dropped plans to buy any more Ukrainian debt. Less than a month later, it took Crimea instead.

The political nature of the bond is undeniable. As a result many in Ukraine have called for the bond to be challenged in court. Kiev’s strategy would rest on challenging the bond’s validity due to its political nature.

While it is unlikely that a court would find the bond invalid, proving the political nature of the debt purchase could affirm Kiev’s claim the bond should not be viewed as official debt.

Official debts are defined as those owed to international organizations, governments and governmental agencies, and Ukraine’s $17 billion IMF bailout would be effectively frozen if the country is found to have defaulted on any official debt.

A Ukrainian default on the bond would immediately put the IMF in an extremely difficult position.

Ukraine’s need to tap IMF funds will continue throughout any legal action on the bond and if Ukraine formally announces its intention to default on the bond, the IMF would have to decide what action to take.

Yet were a legal challenge or default to occur, Russia would no doubt respond forcefully. Russian politicians have regularly lambasted the IMF as an institution captured by Western interests and a dramatic show of support by the IMF for Russia’s position is unlikely.

Even a statement by the IMF that it would await a court’s ruling on the status of the debt would be seen in the Kremlin as confirmation of the IMF’s Western-centric nature.

The Kremlin has become increasingly hostile to established international institutions in recent years. Moscow has trumpeted alternative proposals such as the BRICS bank and China-backed Asian Infrastructure Investment Bank. Were this to escalate to a direct challenge to the IMF, to which Russia is the 10th-largest contributor, it could pose a significant risk to the long-term prospects of the institution.

The potential fallout from such a challenge would have far-reaching implications reaching well beyond the Fund itself. The IMF is among the international institutions that are central to the post Cold War order and a significant challenge to it could have a major impact on the durability of that order.

Russia taking on a global financial institution — one that together with the World Bank provided Russia with its own $22.6 billion bailout in 1998 — would have been unthinkable a little over a year ago.

However, as a result of likely irreversible antagonism between Putin’s Russia and the West since Russia’s annexation of Crimea, challenging the global order has become a central component of the Kremlin’s agenda.

Post-Maidan Ukraine poses a serious long-term challenge to Putin’s leadership. This is why he has risked sanctions, economic growth and war. It would be unwise to think that Putin is not willing to turn the friend of an enemy into an enemy.

Max Hess is a political risk analyst with AKE Group, specializing in Eastern Europe and Eurasia.

Note by New Cold War.org editors: The above article is posted for the information of readers. We do not share the view of the writer that Russia “annexed” Crimea in 2014 or that the Russian Federation is hell-bent on “challenging the world order”. 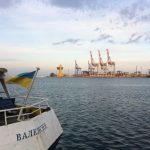