Russia to U.S. and Trump: Sort out your own pre-election hacking scandal

MOSCOW – Russia told the United States on Thursday to get to the bottom of a hacking scandal involving Democratic Party emails itself and rejected what Donald Trump said was a sarcastic suggestion that Moscow should dig up Hillary Clinton’s “missing” emails. 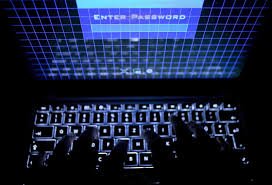 Trump, the Republican Party’s presidential candidate, angered Democrats on Wednesday by inviting Russia to unearth tens of thousands of emails from rival Clinton’s tenure as U.S. secretary of state. He spoke out after President Barack Obama said it was possible Russia might try to influence the Nov. 8 U.S. presidential election after a leak of Democratic National Committee emails that experts blamed on Russian hackers.

Suggestions of Russian involvement have riled the Kremlin, which has categorically denied this and accused U.S. politicians of seeking to play on Cold War-style American fears of Moscow by fabricating stories for electoral purposes.

President Vladimir Putin has tried to avoid giving the impression of favoring any U.S. candidate, while hailing the populist Trump as being “very talented”. Russian state TV coverage has tended to tilt towards Trump over Clinton.

“As regards these (email) batches, that is not our headache. We never poke our noses into others’ affairs and we really don’t like it when people try to poke their nose into ours,” he said. “The Americans need to get to the bottom of what these emails are themselves and find out what it’s all about.”

Trump, who has repeatedly said he would strive for better U.S. relations with Russia if he won the presidency, also raised eyebrows by saying he would consider recognizing Ukraine’s Crimea as part of Russia, which annexed the region in 2014.

Peskov said the Kremlin was unmoved by that comment, and it would not change what he says has been its neutral stance on U.S. presidential candidates. “We know perfectly well that candidates in the heat of a pre-election struggle say one thing, but that later, when under the weight of responsibility, their rhetoric becomes more balanced.”

In response to Trump’s remarks on Crimea, Ukraine’s U.N. Ambassador Volodymyr Yelchenko said on Thursday: “Mr. Trump is not the president of the United States, at least not yet.”

“Secondly, there are the well-known decisions of the United Nations. … I’m pretty sure that any U.S. government will pay full respect to those decisions,” he told reporters.

“I’ve never spoken to Putin,” U.S. presidential hopeful Donald Trump said this week as he was commenting on an alleged Russian hack of the DNC. But that’s not what he publicly stated just two years ago.

Trump, whom critics accuse among other things of being fascinated with Russian President Vladimir Putin, on Wednesday denied having any links to the Kremlin. “I have nothing to do with Putin. I have never spoken to him. I don’t know anything about him other than he will respect me,” Trump told a conference before attacking his Democrat rival Hillary Clinton, suggesting that Russia should look for her 30,000 missing emails.

Trump’s denial of knowing Putin personally contradicts his own words, which he uttered in May 2014 at a National Press Club luncheon. He was asked about how he would negotiate with Putin and said he had done so during preparations for the Miss Universe 2013 pageant in Moscow. “I own the Miss Universe. I was in Russia, I was in Moscow recently. I spoke indirectly and directly with President Putin, who could not have been nicer. And we had a tremendous success. The show was live from Moscow,” he told the audience.

One of the statements is obviously wrong. According to the Washington Post, Trump did schedule a face-to-face with Putin, but the meeting was canceled by the Russian president at the last minute. Putin reportedly sent a decorative lacquered box and a warm note to the U.S. businessman.

During the U.S. presidential campaign, Trump and Putin have voiced approval towards each other on several occasions. Critics of the Republican nominee accuse him of dictatorial aspirations, which they claim he shares with the Russian leader.

On social media, many people branded him a “Siberian Candidate” – a reference to the Richard Condon 1959 thriller novel ‘The Manchurian Candidate’, which features a Chinese-Soviet plot to use a brainwashed Korean War veteran from a prominent political family to stage a coup in America.