By Aleksei Kettunen, for Russia Insider, Jan 15, 2015, translation from Finnish by Petri Krohn (and see Bloomberg article further below) 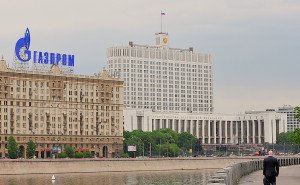 1. Pressure Russia into extending the special winter pricing on gas supplies to Ukrainian due to end in March,
2. Force Russia to further unilateral concessions by forcing all European energy purchases to happen through a new “European Energy Union”,
3. Pressure Russia to resurrect the canceled South Stream gas pipeline project and build it in accordance with the restrictive rules of the Third Energy Package.

The Russian response was a cold shower. Firstly, Gazprom said there is no need for a special summer agreement on Ukrainian gas purchases, as a valid contract already exists. In practice, this means that all the concessions Kiev has received for the winter season are temporary and there is no space for negotiations.

If the EU wants to ensure their gas transits through Ukraine then it must put pressure on Kiev to comply with existing agreements. If Kiev needs gas it cannot afford to pay – thus endangering transit deliveries to EU countries – it is not Russia’s problem. The same applies to Kiev’s gas debts; the EU will have to pay both the Ukrainian gas debts and any future gas purchases.

Secondly, Gazprom announced that the South Stream gas pipeline project is dead and will not be realized. The project collapsed under U.S. and EU pressure. The greatest obstacle turned out to be EU’s Third Energy Package. It places heavy restrictions on how Gazprom could use its own pipeline; Gazprom could only use 50% of South Stream capacity and would have been forced to offer the remaining 50% to third parties.

Although all the agreements between Gazprom and the various transit and consumer countries were made before the Third Energy Package entered into force, the European Commission now demands that it is applied retroactively.

Russia’s solution is as follows: Gazprom will build the pipeline to Turkey and extend it to the Turkish-Greek border. The pipeline will end in a gas distribution hub near the EU border. If the EU wants to buy gas, it will have to build a pipeline to Turkey at its own expense. It will also need to expand the gas transport capacity between its South European member countries – and do so under the constraints imposed by its own Third Energy Package.

The final punch to EU arrogance was Gazprom’s declaration that after the completion of the gas hub and the Turkish pipeline, Gazprom will end all gas transit through Ukraine. Russian gas will only be available through Turkey. The Ukrainian pipeline network will be used exclusively supply gas to Ukraine. Gazprom based its decision on Ukraine’s instability and the high transit risks.

Maroš Šefcovic, the week-old European Commissioner for Energy Union must have had the worst day of his life. EU arrogance hit a brick wall.

A major scandal is brewing about how Germany ruthlessly secured its own gas supply through the Nord Stream Pipeline and then used all means possible to sabotage the South Stream pipeline.

There is no surer way to inflame the North-South conflict in the EU. The prospective users of the South Stream pipeline are sure to feel “eternal gratitude” to the United States for killing the project.

The perpetual EU candidate Turkey will feel Schadenfreude watching the EU’s plight while calculating the future revenues from gas transits. Turkey also happens to be Gazprom’s second-largest customer after Germany. The biggest loser will be Ukraine, the world’s preeminent gas siphoner and blackmailer.

Despite all the arrogant talk, the EU has no real alternative to Russian natural gas. Brussels has to swallow it pride and come to its senses.

Now we are anxiously waiting for the Western mainstream media’s spin on the story.

Russia plans to shift all its natural gas flows crossing Ukraine to a route via Turkey, a surprise move that the European Union’s energy chief said would hurt its reputation as a supplier.

Russia, which supplies about 30 percent of Europe’s gas, dropped a planned link through Bulgaria bypassing Ukraine amid EU opposition last year. Russia’s relations with the EU have reached a post-Cold War low over President Vladimir Putin’s support for separatists in Ukraine.

Sefcovic said he was “very surprised” by Miller’s comment, adding that relying on a Turkish route, without Ukraine, won’t fit with the EU’s gas system. Gazprom plans to deliver the fuel to Turkey’s border with Greece and “it’s up to the EU to decide what to do” with it further, according to Sefcovic.

“We don’t work like this,” he said. “The trading system and trading habits — how we do it today — are different.”

Sefcovic said he arrived in the Russian capital to discuss supplies to south-eastern EU countries after Putin scrapped the proposed $45 billion South Stream pipeline. The region, even if Turkey is included, doesn’t need the volumes Gazprom is planning for a new link, he said.

Ukraine makes sense as a transit country given its location in Europe and the “very clear specified places of deliveries” in Gazprom’s current long-term contracts with EU customers, Sefcovic said.

“I believe we can find a better solution,” Sefcovic said.

The 28-nation EU is planning build an energy union to reduce dependence on Russia and facilitate transition to a low-carbon economy. Russia was planning South Stream for about a decade, first claiming it would meet expanding demand in the EU, then saying would ensure supplies from high transit risks via Ukraine.

Gazprom has reduced deliveries via Ukraine after price and debt disputes with the neighboring country that twice in the past decade disrupted supplies to the EU during freezing weather.

After building and acquiring export pipelines, the company cut transit via Ukraine to about 62 billion cubic meters last year from 137 billion in 2004.

“Transit risks for European consumers on the territory of Ukraine remain,” Miller said in an e-mailed statement. “There are no other options” except for the planned Turkish Stream link, he said.

“We have informed our European partners, and now it is up to them to put in place the necessary infrastructure starting from the Turkish-Greek border,” Miller said.

Russia won’t hurt its image with a shift to Turkey because it has always been a reliable gas supplier and never violated its obligations, Russian Energy Minister Alexander Novak told reporters today in Moscow after meeting Sefcovic.

“The decision has been made,” Novak said. “We are diversifying and eliminating the risks of unreliable countries that caused problems in past years, including for European consumers.” 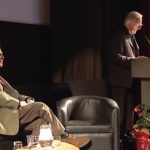 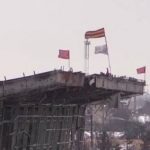