Russia urged the United States on Friday to scrap plans to station parts of a missile shield system in Europe now that Iran has reached an agreement with world powers [on July 14] to limit its nuclear program. 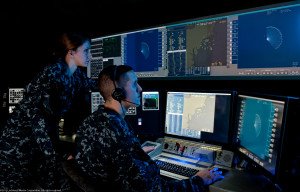 Moscow has long opposed the plan, which it sees as a threat to its nuclear deterrence, and vowed to retaliate if it goes ahead. Washington has previously assured Moscow the shield was meant as protection from “rogue” states like Iran, and not directed against Russia.

Since the July agreement under which Tehran agreed to curb its nuclear program in exchange for an easing of U.N., U.S. and European Union sanctions, Moscow has stepped up its rhetoric against the missile shield. “We don’t see any reason to continue with the program, let alone at such an accelerated pace and with a clear aim at the Russian nuclear potential,” Deputy Foreign Minister Sergei Ryabkov told reporters.

The latest spat threatens to further worsen a deep chill in ties between Moscow and Washington, now at their lowest point since the Cold War because of the conflict in Ukraine.

Russian Foreign Minister Sergei Lavrov last week said Barack Obama “was not telling the truth” in comments he made in 2009 linking the need for a missile shield to what the president called the “real threat” from Iranian nuclear and ballistic missile activity.

At the time, Obama said: “As long as the threat from Iran persists, we will go forward with a missile defense system that is cost-effective and proven. If the Iranian threat is eliminated, we will have a stronger basis for security, and the driving force for missile defense construction in Europe will be removed.”

Moscow says those comments mean that with the resolution of the Iranian nuclear issue, Washington should now walk away from the missile shield plan.

“As long as Iran goes on developing and deploying ballistic missiles, the U.S. together with its allies and partners will be working to ensure protection from this threat, including through deploying the NATO missile shield system,” Stevens said.

Ryabkov said Moscow ruled out the possibility of using mid-range ballistic missiles with non-nuclear warheads to target Europe. “So I conclude that the U.S. administration is artificially stitching arguments together behind a decision to continue and increase the pace of creating the European missile shield that was in fact taken for different reasons,” he said.

If the shield goes ahead, Russia has said it would retaliate, including by deploying short-range Iskander ballistic missiles in its enclave of Kaliningrad, on the border with NATO members Poland and Lithuania.

Ryabkov also said Russia and Iran had agreed on two bilateral deals as part of implementing the wider nuclear agreement, and were now discussing the details. He said Russia would take in some 8 tonnes of low-enriched uranium from Iran in exchange for supplies of natural uranium. Moscow and Tehran would also produce medical isotopes at Iran’s Fordow uranium enrichment facility.

Background:
The NATO missile systems in Europe, from Wikipedia.

The U.S. Navy has awarded Lockheed Martin a 5-year, $100 million contract to provide combat system engineering services – including the design, development, integration, test and life cycle support – for all Aegis-equipped ships. Lockheed Martin has partnered with the Navy for decades as the Aegis combat system engineering agent (CSEA), while evolving the system through nine technology baselines to outpace a wide array of dynamic and evolving threats…

Aegis is the world’s premier combat system and is the foundation for the Aegis Ballistic Missile Defense capability. Aegis-equipped ships are multi-mission surface combatants that can simultaneously attack land targets, submarines and surface ships while automatically implementing defenses to protect the fleet against aircraft and missiles. 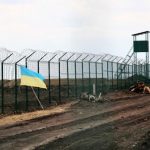 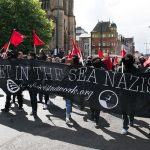