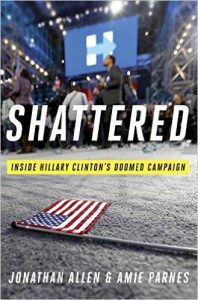 A new book about Hillary Clinton’s last campaign for president — Shattered by journalists Jonathan Allen and Amie Parnes — has gotten a lot of publicity since it appeared two weeks ago. But major media have ignored a revealing passage near the end of the book.

Soon after Clinton’s defeat, top strategists decided where to place the blame. “Within 24 hours of her concession speech,” the authors report, campaign manager Robby Mook and campaign chair John Podesta “assembled her communications team at the Brooklyn headquarters to engineer the case that the election wasn’t entirely on the up-and-up. For a couple of hours, with Shake Shack containers littering the room, they went over the script they would pitch to the press and the public. Already, Russian hacking was the centerpiece of the argument.”

Six months later, that centerpiece of the argument is rampant — with claims often lurching from unsubstantiated overreach to outright demagoguery. A lavishly-funded example is the “Moscow Project,” a mega-spin effort that surfaced in midwinter as a project of the Center for American Progress Action Fund. It’s led by Neera Tanden, a self-described “loyal solider” for Clinton who also runs the Center for American Progress (where she succeeded Podesta as president). The Center’s board includes several billionaires.

The “Moscow Project” is expressly inclined to go over the top, aiming to help normalize ultra-partisan conjectures as supposedly factual. And so, the homepage of the “Moscow Project” prominently declares: “Given Trump’s obedience to Vladimir Putin and the deep ties between his advisers and the Kremlin, Russia’s actions are a significant and ongoing cause for concern.”

Let’s freeze-frame how that sentence begins: “Given Trump’s obedience to Vladimir Putin.” It’s a jaw-dropping claim; a preposterous smear.

Echoes of such tactics can be heard from many Democrats in Congress and from allied media. Along the way, no outlet has been more in sync than MSNBC, and no one on the network has been more promotional of the Russia-runs-Trump meme than Rachel Maddow, tirelessly promoting the line and sometimes connecting dots in Glenn Beck fashion to the point of journalistic malpractice.

Yet last year, notably without success, the Clinton campaign devoted plenty of its messaging to the Trump-Russia theme. As the Shattered book notes, “Hillary would raise the issue herself repeatedly in debates” with Trump. For example, in one of those debates she said: “We have 17 — 17 — intelligence agencies, civilian and military, who have all concluded that these espionage attacks, these cyber attacks, come from the highest levels of the Kremlin and they are designed to influence our election.”

After Trump’s election triumph, the top tier of Clinton strategists quickly moved to seize as much of the narrative as they could, surely mindful of what George Orwell observed: “Who controls the past controls the future; who controls the present controls the past.” After all, they hardly wanted the public discourse to dwell on Clinton’s lack of voter appeal because of her deep ties to Wall Street. Political recriminations would be much better focused on the Russian government.

In early spring, the former communications director of the 2016 Clinton presidential campaign, Jennifer Palmieri, summed up the post-election approach neatly in a Washington Post opinion article: “If we make plain that what Russia has done is nothing less than an attack on our republic, the public will be with us. And the more we talk about it, the more they’ll be with us.”

The inability of top Clinton operatives to identify with the non-wealthy is so tenacious that they still want to assume “the public will be with us” the more they talk about Russia Russia Russia. Imagine sitting at a kitchen table with average-income voters who are worried sick about their financial futures — and explaining to them that the biggest threat they face is from the Kremlin rather than from U.S. government policies that benefit the rich and corporate America at their expense.

Tone deaf hardly describes the severe political impairment of those who insist that denouncing Russia will be key to the Democratic Party’s political fortunes in 2018 and 2020. But the top-down pressure for conformity among elected Democrats is enormous and effective.

One of the most promising progressives to arrive in Congress this year, Rep. Jamie Raskin from the Maryland suburbs of D.C., promptly drank what might be called the “Klinton Kremlin Kool-Aid.” His official website features an article about a town-hall meeting that quotes him describing Trump as a “hoax perpetrated by the Russians on the United States of America.”

Like hundreds of other Democrats on Capitol Hill, Raskin is on message with talking points from the party leadership. That came across in an email that he recently sent to supporters for a Democratic Congressional Campaign Committee fundraiser. It said: “We pull the curtain back further each day on the Russian Connection, forcing National Security Adviser Michael Flynn to resign, Attorney General Sessions to recuse, and America to reflect on who’s calling the shots in Washington.”

You might think that Wall Street, big banks, hugely funded lobbyists, fat-check campaign contributors, the fossil fuel industry, insurance companies, military contractors and the like are calling the shots in Washington. Maybe you didn’t get the memo.

This article also appears on Consortium News, under the title Drinking the Russia-gate Kool-Aid.

Hillary Clinton’s explanation for her electoral defeat – putting much of the blame on Russian President Vladimir Putin – clashes with her own chronology of her campaign’s collapse in key Rust Belt states that put Donald Trump into the White House.

In an interview with CNN’s Christiane Amanpour at the Women for Women International conference on Tuesday, Clinton stated that if the election had been held on Oct. 27, 2016, she would have won, but that her hopes were derailed on Oct. 28… 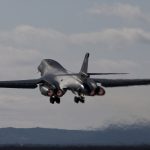 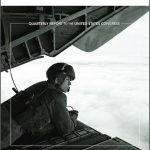