Russia’s Foreign Ministry has slammed the E.U.’s decision to officially extend sanctions against the country, but one State Duma official commented that Russia should be thankful as the decision will only speed up its efforts to be more self-reliant. 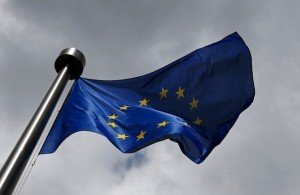 The Russian Foreign Ministry has given its official reaction to the decision of the E.U. to extend economic sanctions against it, saying it was “disappointed” with Brussels’ move as it ignores the fact that the restrictive measures will cause hundreds of thousands of jobs to be lost in Europe.

“We are deeply disappointed that once again the EU has made the illegal decision to extend the restrictions. At the same time, Brussels deliberately ignores that this will entail the loss of hundreds of thousands of guaranteed jobs, according to some estimates,” the Foreign Ministry said in a statement first reported by VZ.ru.

The Ministry stressed that “the European Union by inertia continues to put all the responsibility for the full implementation of the Minsk Agreement on the Russian side.” At the same time, the Foreign Ministry stated that “the absurdity of this approach has long been clear to all,” adding that “the key to the settlement of Ukrainian crisis was and still lies in the hands of the Kiev government, which is in no hurry to fulfill its obligations.”

“Particularly cynical is that the decision to extend anti-Russian sanctions was adopted by the EU on June 22, the same day that Nazi Germany attacked the Soviet Union. We would like to believe that it is a coincidence, and not be design, ” the ministry added.

The Foreign Ministry’s comments came after the E.U Council formally extended sanctions against Russia for another six months, until January 31, 2016. It comes after, the Council of the European Union, on June 19, confirmed it was extending sanctions against the Crimea and Sevastopol until 23 June 2016.

More reaction came from President Putin’s Press Secretary Dmitry Peskov, who called slammed the extension of the EU sanctions against Russia as being “unfounded and illegal”. Following the E.U.’s decision, Prime Minister Dmitry Medvedev reportedly instructed officials to prepare proposals on the introduction of retaliatory restrictive measures in relation to the extension of the sanctions.

Interestingly, the Russian reaction was not one of universal condemnation. Vice Speaker of the State Duma Nikolay Levichev said there was a positive side to the extension of sanctions, as the E.U. is inadvertently helping to advance Russia’s import substitution programs, for which Russia can only be thankful.

“By extending the sanctions against Russia, the EU is also extending Russia’s import substitution program, and programs to provide small businesses with support, support for farmers, and our initiatives towards the technical and technological renovation of industrial production,” Levichev told RIA Novosti. “For this, we can only thank them.”

According to Levichev, the sanctions will certainly be detrimental to the Russian economy, but any damage would be much less than what Western countries are hoping for.

“The past year has shown that any effort to make life difficult for our citizens and increase social tension to split Russian society will not work,” Levichev said. “Sadly in Europe, where the sanctions are just as painful, resentment will only grow.” 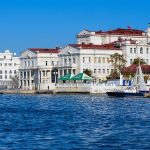 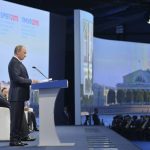