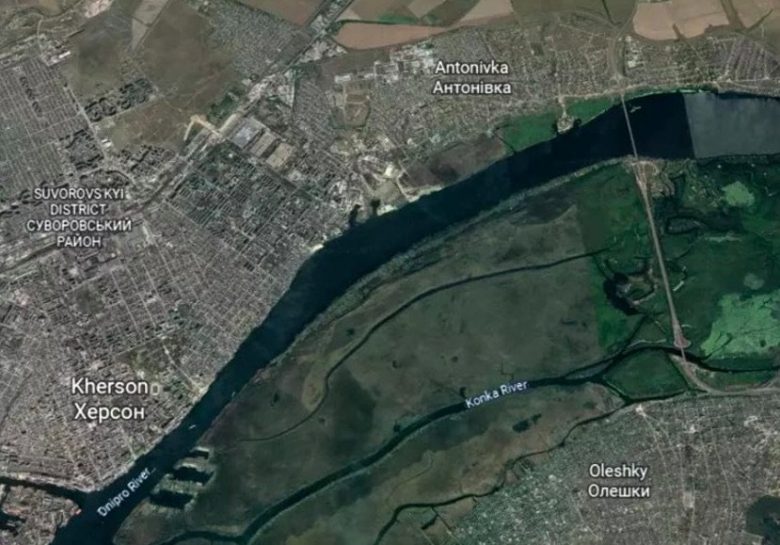 Editorial comment: Casualty estimates vary. More recent estimates putting casualties based on counts on both sides since 24 February at:

So says Western media… And if all we do is listen to what is published in the West and listen to what the various “strategists” say on all the talk-shows, we would come to the following conclusions:

Such is the picture painted by the European and Anglo-American mass media, although it must be acknowledged that the latter are making an effort to provide other, more objective analyses in view of the latest developments in the conflict. The intellectual laziness of many information professionals, who limit themselves to reproducing the propaganda reports of Zelensky’s government, if not submitting to the doxa dictated by the media management bodies, as well as the censorship imposed by the authorities and pressure groups, prevent a more impartial knowledge of the real situation of the conflict.

To begin with, Russia cannot lose this war, nor can it give up the territories that since the referendums have been incorporated into the Russian Federation. First of all, it is a question of survival in the face of the Anglo-American world’s determination to put an end to the existence of a Russia that opposes its hegemonic domination and that, on the contrary, is committed to a multipolar world where a balance of forces coexists. Secondly, the Russian society, and even more so the recently annexed populations, and in particular the Donbass regions which have suffered a war for eight years, would never accept to stop being part of Russia.

As for the situation on the ground, if we look at the development of events from the information provided by objective military specialists and analysts, some even coming from armies committed to Ukrainian interests, since the appointment of General Surovikin as Commander-in-Chief of the Armies in the Ukrainian campaign, things have changed quite a lot. His appointment has meant a single command, subordinating the rest of the generals who earlier directed the operations in each of the territories where they acted independently and without coordination with the rest. Since his appointment, a reorganization of the troops assigned to the operation has been carried out, rotating them after the attrition suffered during these nine months of war and reinforcing their material, in particular with artillery pieces and armored vehicles, and massively incorporating observation and destruction drones.

From the tactical point of view, Russia has no need, as Surovikin himself stated, to expose its soldiers uselessly, when it has other means at its disposal to win this war. Russia, because of its demographic situation, cannot afford to send hundreds of thousands of young men to the front, as the Soviets did in World War II, with the result that that entailed. The use of tactical missiles directed against military installations and recently against strategic infrastructures, whose effectiveness is difficult to refute in view of the express acknowledgement by the Ukrainian authorities themselves, is bringing about a substantial change in the course of this conflict.

What some media have considered as a defeat and a withdrawal of the Russian army in Kherson, has been in reality a tactical withdrawal to avoid exposing a significant part of its troops who could have been surrounded in a compromising situation, and thus to better defend themselves. It has been sold that the Ukrainians had defeated the Russians and that this meant that they had practically won the war. The reality is that the Russians have temporarily ceded ground to regroup and organize themselves. They have abandoned the city, transforming it into a ghost town without electricity or water and with a population, albeit a very small one, which the Ukrainian troops will have to feed. At the same time, they have moved, in a successful operation, to the other bank of the Dnieper, turning the river into a natural line of defense very difficult to cross, since at this time, its width is about two kilometers.

So much so that in spite of the fact that the operation had been announced in advance by Surovikin himself, something surprising for a military commander, the Ukrainian forces did not give him credit and delayed their entry into the city until they were certain that it had been abandoned by the Russians, as they believed that it was all a trap. The withdrawal was made without loss of material or men and in an orderly manner, despite the fact that more than 20,000 men were mobilized. Previously, more than 150,000 civilians had been evacuated from the city to the other side, under Ukrainian artillery shelling. They even moved the remains of the founder of the city and mythical person in the history of Russia, Marshal Potemkin, so that his remains would not be desecrated by the Ukrainian troops. Clear proof of this is that we have not seen those images of casualties or destroyed materials that the Ukrainian propaganda media lavished so much on when, at the beginning, they confronted the Russian forces. What has been seen, on the contrary, is a deserted city whose population is trying to survive in hardship and which has been announced that it will be evacuated because of the impossibility of supplying it, while the repressive rearguard forces are engaged in arresting the Russians’ collaborators. In their military history, the Russians have a long experience of strategic retreats that have been successful.

Located on the other bank of the river, with the natural barrier of its width and the difficulty of crossing it under artillery fire, the Russian troops have a considerable advantage. So much so that part of the troops assigned at the time to this front have been transferred to the Donbass front to reinforce the offensive which is being carried out there and which, little by little, is gaining ground despite the difficulty of overcoming the lines of fortifications built by the Ukrainians more than eight years ago and which they have been defending with extraordinary courage and tenacity.

The mobilization of reservists decreed last September and the enlistment of volunteers means the incorporation of 318,000 soldiers and commanders directly on the front line. Unlike the mobilized Ukrainians, who are already in their seventh or eighth mobilization with hardly any training, these troops are undergoing intense military training by veterans of the operation, so that their incorporation will be carried out when they have completed their training and proven their operational capacity. As of today, about 80,000 of them have already joined the front lines, integrating into already hardened units. The rest will do so by mid-December. There has been no haste, and their training is being prioritized to avoid casualties and strengthen their effectiveness.

Meanwhile, on other fronts, Donetsk and Lugansk, Russian troops are advancing slowly, favoring artillery fire both when advancing and retreating, avoiding unnecessary exposure of men and material. The use of observation drones for the localization of enemy forces is being abundantly employed, with excellent results, as this allows for accurate and effective artillery fire. There is abundant filming that proves their use and effectiveness. The practical non-existence of Ukrainian aviation, because it was cancelled at the beginning, and the little effectiveness of its anti-aircraft defenses, in spite of receiving new Western materials, makes Russian aviation have control of the skies and intervene more and more in support of the troops on the ground. Although the equipment provided is not always of the latest generation, the technological complexity also requires trained servants when it comes to more modern systems, which is why the Russians are suspicious of the involvement of NATO troops who covertly handle such equipment.

The Russians are expected to carry out a major offensive when weather conditions permit, i.e., when the ground freezes, because now, with the heavy rains, it is impracticable. The Ukrainians are suffering to a greater extent, because much of the material sent by the Ottoman allies, replacing the Soviet material they had and have been losing, is wheeled, unlike the Russian material, in which tracks predominate. The priority will undoubtedly be focused on recovering the territories of the Donbass up to its territorial limits and, perhaps, on descending from above along the right bank of the Dnieper to recover the territories of Zaporiyia and Kherson. Who knows if they will not go on to Odessa. Nor can the Russians afford to delay their offensive too long, because the longer they delay, the more time the Ukrainian army will have to mobilize and train its levies.

On the other hand, the destruction, by means of tactical missiles, of energy infrastructures, especially power plants and sub-power plants, by the Russian forces, is having considerable effects on the deterioration of the supply on the material fronts, since it prevents their transfer from the borders, slowing down their offensives and weakening their defenses. Although its effects are being felt to a greater extent on the living conditions of civilians, depriving them of electricity and water, the destruction of these infrastructures was something that Russian military officials had been demanding for some time in view of the increase in military aid received by the Ukrainian army from its NATO allies.

Finally, as far as casualties are concerned, the number of deaths in the ranks of the Ukrainian army is staggering. According to American officials, there are about 100,000 dead, to which must be added the wounded in the proportion of three for every one dead. This means that, between the dead and the wounded, they are losing between 300 and 400 men a day on the various fronts. Russian losses are around 48,000 wounded and 16,000 dead, 8,000 of which belong to the Russian army and the rest to the territorial units, Chechen forces and the Wagner group. It should be borne in mind that the brunt of the war has so far been carried out by the territorial units of the Donbass and the special forces on their respective fronts. Initially, the Russian army have started the conflict with between 125,000 and 150,000 troops, to which were added about 60,000 mobilized between the territorial troops of the Donbass and the Chechen special forces and the Wagner Group, with 10,000 troops each. For its part, the Ukrainian army numbered about 600,000 men at the beginning of the conflict. According to UN data, more than 10,000 civilians were killed between the two sides during the eight months of the conflict.

We will probably soon witness a change in the situation, both on the ground and politically, although the media and talk show hosts with careers in the offices of Brussels or NATO headquarters tell us that the Ukrainian army is going to win this war and that they will force Russia to return the annexed territories. American officials have already suggested to Zelensky that he should reconsider negotiating with Russia, and we know that he who pays the piper calls the tune, and American governments have never been known for their unswerving loyalty to the leader of the day. Rather, they have been dedicated to defending their own interests.

Eugenio de Dobrynne writes for El Manifesto, through whose courtesy this article appears. 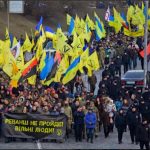 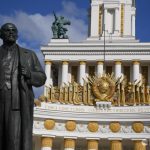