A cyber-warfare expert sees no technical evidence linking Russia to the Democratic email releases, but The New York Times presses ahead with a new hope that Ukraine can fill the void, reports Robert Parry.

The New York Times’ unrelenting anti-Russia bias would be almost comical if the possible outcome were not a nuclear conflagration and maybe the end of life on planet Earth.

A classic example of the Times’ one-sided coverage was a front-page article on Thursday expressing the wistful hope that a Ukrainian hacker whose malware was linked to the release of Democratic National Committee (DNC) emails in 2016 could somehow “blow the whistle on Russian hacking.”

Though full of airy suspicions and often reading like a conspiracy theory, the article by Andrew E. Kramer and Andrew Higgins contained one important admission (buried deep inside the “jump” on page A8 in my print edition), a startling revelation especially for those Americans who have accepted the Russia-did-it groupthink as an established fact.

The article quoted Jeffrey Carr, the author of a book on cyber-warfare, referring to a different reality: that the Russia-gate “certainties” blaming the DNC “hack” on Russia’s GRU military intelligence service or Russia’s FSB security agency lack a solid evidentiary foundation.

“There is not now and never has been a single piece of technical evidence produced that connects the malware used in the DNC attack to the GRU, FSB or any agency of the Russian government,” Carr said.

Yet, before that remarkable admission had a chance to sink into the brains of Times’ readers whose thinking has been fattened up on a steady diet of treating the “Russian hack” as flat fact, Times’ editors quickly added that “United States intelligence agencies, however, have been unequivocal in pointing a finger at Russia.”

The Times’ rebuke toward any doubts about Russia-gate was inserted after Carr’s remark although the Times had already declared several times on page one that there was really no doubt about Russia’s guilt.

“American intelligence agencies have determined Russian hackers were behind the electronic break-in of the Democratic National Committee,” the Times reported, followed by the assertion that the hacker’s “malware apparently did” get used by Moscow and then another reminder that “Washington is convinced [that the hacking operation] was orchestrated by Moscow.”

By repeating the same point on the inside page, the Times editors seemed to be saying that any deviant views on this subject must be slapped down promptly and decisively.

But that gets us back to the problem with the January 6, 2017 ‘Intelligence Community Assessment’ which — contrary to repeated Times’ claims — was not the “consensus” view of all 17 U.S. intelligence agencies, but rather the work of a small group of “hand-picked” analysts from three agencies: the Central Intelligence Agency, Federal Bureau of Investigation and National Security Agency. And, they operated under the watchful eye of President Obama’s political appointees, CIA Director John Brennan and Director of National Intelligence James Clapper, who was the one who called them “hand-picked”.

Those analysts presented no real evidence to support their assessment, which they acknowledged was not a determination of fact, but rather what amounted to their best guess based on what they perceived to be Russian motives and capabilities.

The Jan. 6 assessment admitted as much, saying its “judgments are not intended to imply that we have proof that shows something to be a fact. Assessments are based on collected information, which is often incomplete or fragmentary, as well as logic, argumentation, and precedents.”

Much of the unclassified version of the report lambasted Russia’s international TV network RT for such offenses as hosting a 2012 presidential debate for third-party candidates excluded from the Republican-Democratic debate, covering the Occupy Wall Street protests, and reporting on dangers from “fracking.” The assessment described those editorial decisions as assaults on American democracy.

But rather than acknowledge the thinness of the Jan. 6 report, the Times – like other mainstream news outlets – treated it as gospel and pretended that it represented a “consensus” of all 17 intelligence agencies even though it clearly never did. (Belatedly, the Times slipped in a correction to that falsehood in one article although continuing to use similar language in subsequent stories so an unsuspecting Times reader would not be aware of how shaky the Russia-gate foundation is.)

Russian President Vladimir Putin and WikiLeaks founder Julian Assange have denied repeatedly that the Russian government was the source of the two batches of Democratic emails released via WikiLeaks in 2016, a point that the Times also frequently fails to acknowledge. (This is not to say that Putin and Assange are telling the truth, but it is a journalistic principle to include relevant denials from parties facing accusations.)

The rest of Thursday’s Times article veered from the incomprehensible to the bizarre, as the Times reported that the hacker, known only as ‘Profexer’, is cooperating with F.B.I. agents inside Ukraine.

Yet, the reliance on Ukraine to provide evidence against Russia defies any objective investigative standards. The Ukrainian government is fiercely anti-Russian and views itself as engaged in an “information war” with Putin and his government.

Ukraine’s SBU security service also has been implicated in possible torture, according to United Nations investigators who were denied access to Ukrainian government detention facilities housing ethnic Russian Ukrainians who resisted the violent coup in February 2014, which was spearheaded by neo-Nazis and other extreme nationalists and overthrew elected President Viktor Yanukovych.

The SBU also has been the driving force behind the supposedly “Dutch-led” investigation into the July 17, 2014 shooting down of Malaysia Airlines Flight 17. That inquiry has ignored evidence that a rogue Ukrainian force may have been responsible – not even addressing a Dutch/NATO intelligence report stating that all anti-aircraft missile batteries in eastern Ukraine on that day were under the control of the Ukrainian military – and instead tried to pin the atrocity on Russia, albeit with no suspects yet charged.

In Thursday’s article, the Times unintentionally reveals how fuzzy is the case against ‘Fancy Bear’ and ‘Cozy Bear’, the two alleged Russian government hacking operations.

The Times reports: “Rather than training, arming and deploying hackers to carry out a specific mission like just another military unit, Fancy Bear and its twin Cozy Bear have operated more as centers for organization and financing; much of the hard work like coding is outsourced to private and often crime-tainted vendors.”

Further, under the dramatic subhead – “A Bear’s Lair” – the Times reported that no such lair may exist: “Tracking the bear to its lair … has so far proved impossible, not least because many experts believe that no such single place exists.”

The Times’ article also noted the “absence of reliable witnesses” to resolve the mystery – so to the rescue came the “reliable” regime in Kiev, or as the Times wrote: “emerging from Ukraine is a sharper picture of what the United States believes is a Russian government hacking group.”

The Times then cited various cases of exposed Ukrainian government emails, again blaming the Russians albeit without any real evidence.

The Times suggested some connection between the alleged Russian hackers and a mistaken report on Russia’s Channel 1 about a Ukrainian election, which the Times claimed “inadvertently implicated the government authorities in Moscow.”

The Times’ “proof” in this case was that some hacker dummied a phony Internet page to look like an official Ukrainian election graphic showing a victory by ultra-right candidate, Dmytro Yarosh, when in fact Yarosh polled less than one per cent. The hacker supposedly sent this “spoof” graphic to Channel 1, which used it.

But such an embarrassing error, which would have no effect on the actual election results, suggests an effort to discredit Channel 1 rather than evidence of a cooperative relationship between the mysterious hacker and the Russian station. The Times, however, made this example a cornerstone in its case against the Russians.

Meanwhile, the Times offered its readers almost no cautionary advice that – in the case of Russia-gate – Ukraine would have every motive to send U.S. investigators in directions harmful to Russia, much as happened with the MH-17 investigation.

So we can expect that whatever “evidence” Ukraine “uncovers” will be accepted as gospel truth by the Times and much of the U.S. government, and anyone who dares ask inconvenient questions about its reliability will be deemed a “Kremlin stooge” spreading “Russian propaganda”.

Investigative reporter Robert Parry broke many of the Iran-Contra stories for The Associated Press and Newsweek in the 1980s. You can buy his latest book, ‘America’s Stolen Narrative’, either in print here or as an e-book (from Amazon and barnesandnoble.com). 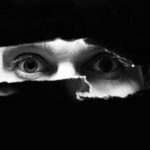 What if the ‘Russian hack’ of the DNC was really a leak after all? A new report raises questions media and Democrats would rather ignoreMultipolarity, Russia
More misleading Russia-gate propagandaRussia