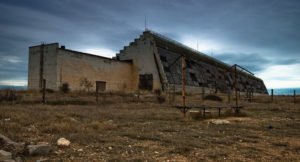 Soviet-era Dnepr early warning radar station in Crimea, abandoned by Ukraine more than a decade ago

The source told reporters that the installation will be based on the Soviet-era Dnepr Station (NATO code name Hen House), but that it would be thoroughly modernized. After the facility is overhauled, it will be able to register launches of ballistic and cruise missiles, including the latest hypersonic models from the Black and Mediterranean Seas, effectively protecting Russian territory from the south and southeast.

The source also said that in order to make the whole project cheaper, defense industry specialists had opted to restore the abandoned Dnepr station using equipment from a similar station near Irkutsk in Eastern Siberia, instead of building a new Voronezh-class facility.

Izvestia also reported that the building of the new station will take about 18 months and that the working site would be manned by 15 specialists.

“After the collapse of the USSR, the Dnepr station fell under Ukrainian jurisdiction. Russia rented it for some time, but the contract has been severed on Kiev’s initiative and the station was not used for over ten years and became completely inoperable,” air defense systems expert Mikhail Khodarenok told reporters. He added that the loss had been fully offset by launching the Voronezh-DM radar station near the Russian city of Armavir, but increasing activity of NATO forces near Russian borders demands further improvement of warning and defense systems.

Vadim Kozyulin of the Academy of Military Studies told Izvestia that by launching the new station near Sevastopol, Russia would restore the radar field securing all-round defense against missile attacks. The defense expert also said Russia would be able to defend itself against the newest small and high-precision weapons, as it was demonstrated in 2013 when the radar in Armavir registered the launch of the Sparrow target missiles near Israel conducted for US missile defense tests.

The Russian Defense Ministry told Rossiyskaya Gazeta daily later in the day that the final decision concerning the radar station in Crimea had not been made yet.

The Crimean Republic became part of the Russian Federation over two years back, after over 96 percent of its residents – the majority of whom are ethnic Russians – voted for the move in an urgently called referendum. The decision was prompted by the change of regime in Ukraine, which ousted the democratically-elected president and government and started a war against the Russian-speaking population in the southeastern regions of the country.

In March 2015, the head of the Crimean Republic, Sergey Aksyonov, told Sputnik news agency that the region would support the placement of nuclear weapons on its territory were such a decision made in Moscow. He added that he personally was sure that nuclear weapons were perfectly safe for Crimea’s environment because Russian technologies in this field were the most advanced in the world.

Shortly before this, a Russian Foreign Ministry official said that Russia had the right to place nuclear weapons on the peninsula.

During the latest major inspection of the Russian Military Forces, the Defense Ministry reported on the plans to deploy 10 Tupolev 22M3 strategic bombers to Crimea, but did not specify if it was planned to equip the aircraft with nuclear-tipped bombs and missiles.

Also on RT.com:
Russia has right to place nuclear arms on its soil, including Crimea – Foreign Ministry, June 15, 2015

Russia will modernize an early warning radar station located near Sevastopol in Crimea to detect possible missile launches from the Black Sea and the Mediterranean, according to the newspaper Izvestia.

The Russian Defense Ministry plans to restore and modernize the Dnepr early warning radar station near Sevastopol, Crimea, the newspaper Izvestia quoted a source in the military-industrial complex as saying on Tuesday.

When restored, the station will be capable of tracking down hypersonic, cruise and ballistic missiles launched from ships in the Mediterranean Sea and the Black Sea at ranges of up to 3,000 kilometers.

The source said that the Dnepr station’s equipment will operate in the super-high frequency band, which is expected to increase the effectiveness of the Russian radar station in the city of Armavir, which operates in the ultra-high frequency band.

” For example, it takes a U.S. Tomahawk cruise missile about two hours to reach Moscow, and duly detecting such a missile will be precisely the task of the new Russian radar station near Sevastopol,” Kozyulin said.

The Dnepr early warning radar was built in 1968 and was used to monitor the Black Sea, Southern and Central Europe, as well as parts of the Middle East.

After the collapse of the Soviet Union in 1991 it was transferred to Ukrainian sovereignty, but continued to provide data for the Russian military under lease. In 2009, Russia canceled the deal due to the fact that the Dnepr radar’s coverage could be substituted by a new Voronezh radar station in Armavir.

Also on Sputnik News:
U.S. missile defense in Eastern Europe: How Russia will respond, May 16, 2016 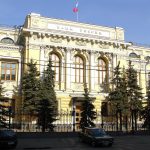 Russian economy springs surprise as Central Bank won’t rush interest rate cutsRussia
Putin is being pushed to abandon his conciliatory approach to the West and prepare for warNuclear war, Russia