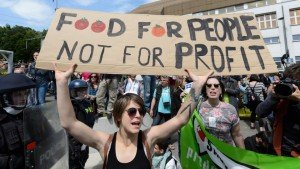 May 23, 2015, international day of protest against GMOs and Monsanto Corporation

A senior Russian government member has told reporters that the cabinet decided that any food production in the country will completely exclude any genetically-modified organisms or parts thereof. “As far as genetically-modified organisms are concerned, we have made decision not to use any GMO in food productions,” Deputy PM Arkady Dvorkovich said at an international conference on biotechnology in the Russian city of Kirov.

At the same time, the official emphasized that there was a very clear line between this decision and the development of science, medicine and some other branches. “This is not a simple issue, we must do very thorough work on division on these spheres and form a legal base on this foundation,” he said.

In February 2014, Russian Prime Minister Dmitry Medvedev ordered the creation of a national research base for genetically-modified organisms that would provide the authorities with expert information and allow for further legislative movements and executive decisions. Medvedev also warned against perceiving GMO products as “absolute evil,” but said that the government did not support their use in the food industry.

At the same time, a group of MPs backed by parliamentary majority party United Russia drafted the bill that severely restricted the imports of genetically-modified agricultural produce, and completely banning its domestic production. This draft has not passed through parliament, but later in the year the State Duma approved a package of amendments imposing fines on businesses which sell products containing genetically-modified organisms without adequate labeling to warn consumers.

According to official statistics, the share of GMO in the Russian food industry has declined from 12 percent to just 0.01 percent over the past 10 years, and currently there are just 57 registered food products containing GMO in the country. The law ordering obligatory state registration of GMO products that might contact with the environment will come into force in mid-2017. 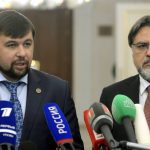 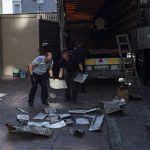