Russia and the Saudis: A 10-billion barrel game of oil bluff

Russia is still producing at post-Soviet record highs, above 10 million barrels per day. 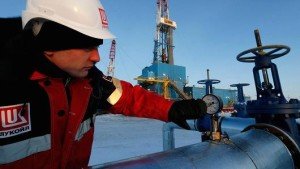 As oil prices continue to cause market uncertainty, and with low fuel prices wreaking havoc on some countries’ economies, notably Russia’s, the world’s top oil producer has been at the forefront of trying to figure out whether or not a production cut should be implemented in order to support and stabilize prices.

An Organization of the Petroleum Exporting Countries (OPEC) delegate recently said, “It is all in the hands of the Russians now.”

Oil production in Russia hit a post-Soviet high in January, which means Russia is adding fuel to the oversupplied oil market fire. Russia itself is sending mixed signals as to how much it’s willing to cooperate with geopolitical foes, like Saudi Arabia. But experts and analysts differ in their assessments of how much leverage the Russians really have when it comes to cutting oil production.

A managing director in the energy group at Morgan Stanley, who asked not to be named, because of direct involvement in the markets, told CNBC that the Saudis are still calling all the shots. “Russia can only coordinate with countries outside of Saudi Arabia, like Venezuela. Any cooperation without Saudi Arabia won’t lead to a production cut. Everything else is a sideshow.”

Several analysts agree that Russia is trying to talk up the oil markets by holding meetings and even hinting at the possibility of cuts. That’s what many believe occurred last week, when Russian Energy Minister Alexander Novak said his country would cooperate with a deal to cut production and that Saudi Arabia had proposed each country reduce oil output by five per cent to support prices. Others close to OPEC quickly denied that any such deal, or even talks, were taking place. And one OPEC official said it was an old idea floated long ago by Algeria and Venezuela.

On Wednesday, Russian Foreign Minister Sergey Lavrov suggested Russia was open to a meeting with the oil-producing cartel. But comments from Russia’s representative to OPEC said that it was unlikely the group would meet with Russia anytime soon, according to Russian news agency Interfax.

Despite the widespread skepticism, oil again rallied on Thursday after speculation that Iran might be willing to discuss production cuts, according to a Reuters report.

“Up to this point — and there is a history to this — OPEC (essentially Saudi Arabia) has not been interested,” Robert Legvold, the Marshall D. Shulman professor emeritus of political science at Columbia University, told CNBC. “The Saudi’s are using low oil prices to drive higher marginal cost producers out of the market and close down shale production. The Russians are not only suffering the ruble-oil problem from low oil prices, although they have protected revenue to a degree by pumping more oil, but that poses a longer-term problem. Russia’s existing developed reserves may be tapped out at this rate within two years.”

Others, though, believe Russia has a lot of power when it comes to the oil market at the moment. “We think Russia is a wild card, because if you look at 2015, they really surprised many analysts by being up several hundred thousand barrels,” said Helima Croft, a CNBC contributor and head of commodity strategy at RBC Capital markets. “Most people did not expect that they could replicate a post-Soviet high in terms of production, and the question for this year is, Are they going to be up or are they going to be down? If they’re up again this year, everyone’s gonna have to take their oil-price forecast down.”

Reva Bhalla, vice president at geopolitical consultant Stratfor, in Austin, Texas, said she would not take cues from Russian energy companies as a signal of what Russia intends to do in terms of energy policy. “I know there was a lot of excitement by statements from Lukoil this past week, but remember, Lukoil is a private company, a very different energy firm when we’re looking at Russia overall,” Bhalla told CNBC. “I don’t think Russia does have the wild card here. Russia is still producing at post-Soviet record highs, above 10 million barrels per day.”

Many analysts agree that even if Russia does want to cut production, without Saudi Arabia’s cooperation, it would mostly be talk, with geopolitics complicating things quite a bit. “When it comes to Russia trying to compel a Saudi cut, there is a lot of distrust there. I think the Saudis are going to be much more focused on U.S. production than they are on coordination talks with Russia,” Bhalla said.

Eurasia Group president Ian Bremmer echoed those sentiments, telling CNBC that although the producers would like prices to go up, many of the oil-producing countries “hate each other and that creates complications,” particularly when Iran is factored into the equation. “From Saudi Arabia’s perspective, the nuclear deal (and the lifting of sanctions) could not have come at a worse time. They can barely sit in the same room, let alone agree on a production cutback. And the last thing the Saudis are prepared to do is cede market share to Iran.”

Bremmer said if a broader group, not including Iran, could come together, we may see some cooperation, but he did underscore that we are not there yet. “Russia is focused on budget and tax measures and isn’t ready to sign up with the Saudis, either. As prices stay lower for longer, we might see a move, but right now they’re just talking the prices up, which is most definitely in their interest.”

New York-based attorney Edward Mermelstein, who advises high-net-worth individuals looking to invest in Russia and the former Soviet Union, told CNBC that his clients are worried and starting to look elsewhere because of the current economic picture in Russia of low oil prices, a falling ruble and sanctions. “The [oil] price heading down into the twenties is going to impact Russia’s economy even more significantly than where it is today, which is in dire straits.”

Mermelstein said his clients’ concern is reflected in their coming to the United States and looking for other investing options, because they fear Russia can’t do much to help drive prices back up. “It’s definitely not up to them, because there are so many players that have interest today in this market, that it’s unlikely we will see Russia have any practical influence.”

Citigroup’s global research team analyst, Scott Gruber, explained on Wednesday a simple economic reason why Russia may be all talk while it keeps pumping. “With taxes and the ruble heavily oil-linked, Russian oil remains profitable to well below $20/bbl. … Russian production should hold steady or even grow,” he wrote in a research note.

For now, the Wall Street view seems to be that if the Russians are coming, it’s with as much, if not even more oil, rather than ideas to reverse the glut. 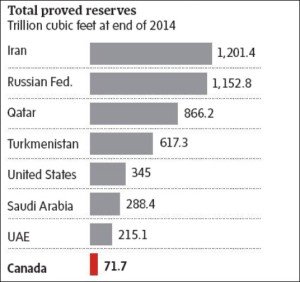