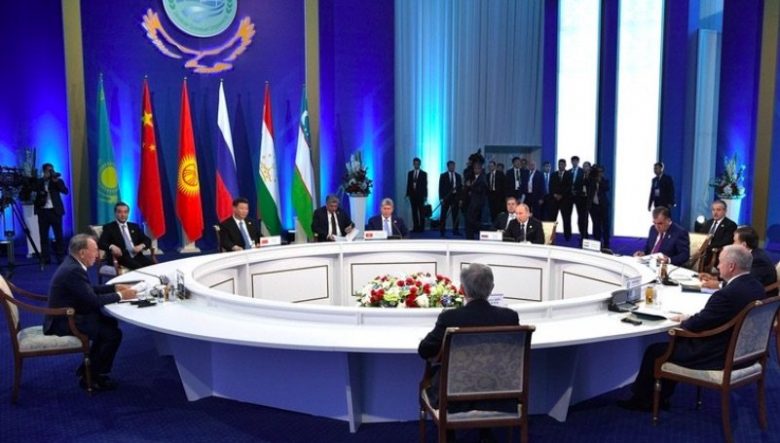 Top Asian leaders have not met collectively for more than three years, but in a week’s time the Shanghai Cooperation Organisation (SCO) will gather in the Uzbek city of Samarkand and will bring together all its leaders. Until recently, it was not entirely clear that Chinese President Xi Jinping would be coming, as some observers had assumed he would not leave Beijing before the Communist Party congress in mid-October. But it has since been announced that the Chinese leader will visit Kazakhstan next week, so a trip to Uzbekistan is also a foregone conclusion.
_______________________

With Covid quarantines no longer a hindrance, summits have returned to the diplomatic agenda. First, the West returned to face-to-face meetings – EU and NATO summits have been taking place for some time now – and now it is the turn of the East.

Top Asian leaders have not met collectively for more than three years, but in a week’s time the Shanghai Cooperation Organisation (SCO) will gather in the Uzbek city of Samarkand and will bring together all its leaders. Until recently, it was not entirely clear that Chinese President Xi Jinping would be coming, as some observers had assumed he would not leave Beijing before the Communist Party congress in mid-October. But it has since been announced that the Chinese leader will visit Kazakhstan next week, so a trip to Uzbekistan is also a foregone conclusion.

The meeting between Xi and his Russian counterpart Vladimir Putin will be the second this year, but the first since the start of the military operation in Ukraine. Also, Indian Prime Minister Narendra Modi and Pakistani Prime Minister Shehbaz Sharif will meet for the first time ever in Samarkand. For the two neighbors with a history of fraught relations, the SCO is becoming an important platform for dialogue. And the SCO itself is rapidly outgrowing its original format as a Russo-Chinese security alliance in Central Asia and involving just the Central Asian republics. The group now boasts four nuclear states – that is, virtually all of the non-Western members of the club (except North Korea).

In Uzbekistan, the SCO ‘eight’ will turn into a ‘nine’ as the procedure for Iran’s accession will be completed. However, the organization will not be limited to that number for long – it has already announced its intention to start the procedure to transfer Belarus from an observer to a full-fledged member. And it will not stop there. Several more countries, including some influential ones, want to join the SCO.

In recent years, there have been four observers to the organization (as candidates for membership), but now Tehran has come on board and Belarus is starting the transition procedure, so that leaves Afghanistan and Mongolia. Whereas previously the main obstacle to Kabul’s inclusion was the presence of US troops in the country, this problem no longer exists, so its acceptance into the SCO will undoubtedly occur. This will not happen immediately, but rather once the situation in the country has stabilized and a full-fledged system of governance and law and order have been established (naturally, with the help of SCO countries).

Mongolia could become a full-fledged participant at any time – none of the member states have any objections – but in the past it has been slow to do so, preferring to remain an observer. However, rising global tensions will also affect Ulaanbaatar’s position, while the growing queue of aspiring SCO members may also prompt its leadership to step up.

There had been aspirants to join the SCO before, but this year they have moved from words to deeds. And we are not only talking about the countries that were among the ‘partners in dialogue’ (another format of interaction).

These aspirants comprise nine states: Armenia, Azerbaijan, Cambodia, Nepal, Sri Lanka, Turkey, Qatar, Egypt, and Saudi Arabia. The last three obtained the status of dialogues partners only a year ago but are already looking to upgrade to being able to join the organization in full. Syria and Myanmar also want to be involved, along with the United Arab Emirates, which seeks immediate accession. Although such a request cannot be granted, it is in itself a sign of the rapidly growing interest in the organization, which is driven by the Sino-Russian partnership.

The reasons for this are clear: although the consolidation of the non-Western world has been steadily gaining momentum over the past decade, things have accelerated since the beginning of 2020. First, Covid and the resulting lockdowns led to a crisis of globalization, then the operation in Ukraine forced the West to insist that whoever does not go along with the blockade of Russia is for Putin.

And then the provocation of the Taiwan issue hurt the prospects for normalizing relations between the West and the Middle Kingdom. The whole world is being forced to pick a side.

Under these conditions, the optimal model for many influential countries in the Islamic world is to demonstrate their independence, which is seen as carving out a position equidistant from the two poles, i.e. Russia-China and the United States-EU.

But how can US military allies such as Turkey and Saudi Arabia find this equidistance? By joining the SCO.

While it is true that the SCO is not a military bloc, belonging to the organization clearly indicates an unwillingness to participate in any Western anti-Russian and anti-Chinese efforts.

That is why Recep Erdogan will fly to Samarkand, and possibly Saudi Crown Prince Mohammed bin Salman as well. In this case, the SCO ‘nine’ will turn, albeit unofficially so far, into a club of 11, that is, a platform where Russia, China, India and the four most important countries of the Islamic world meet: Saudi Arabia, ‘the richest and most influential’; Iran, ‘the oldest and most passionate’; Turkey, ‘the most developed and ambitious’; and Pakistan, ‘the only nuclear one’. The SCO observers also include Egypt, ‘the main country in the Arab world’; and Qatar, ‘the information and propaganda giant’.

These Islamic countries admittedly do not have the smoothest relations among themselves (especially Saudi Arabia and Iran), and in the past the West has actively used their discord. Russia and China, however, are not interested in pitting Muslims against each other but in involving them in building a new, post-Western world order. And if the three great powers – Russia, China, and India – manage to build strategic relations with the Islamic world in working out a new world order, it will be tantamount to a final verdict in the Anglo-Saxon bid for global domination.

The Atlanticists are no longer betting on a quarrel between Russia and China but on pitting India and China against each other. And they are virtually certain that they will be able to keep the Islamic world in their orbit (and even use it against Beijing and Moscow). Therefore, the ‘Islamization’ of the SCO will be the most important challenge to the Anglo-Saxon project – and also a sign of its complete collapse.

Pyotr Akopov is a columnist for RIA Novosti 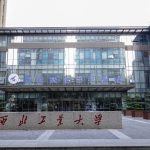 Of pots and kettles in cyberspaceChina, Radhika Desai, US aggression, USA 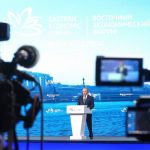 President Vladimir Putin takes part in a plenary session of the Eastern Economic Forum with the theme, On the Path to a Multipolar World.Multipolarity, Putin, Russia