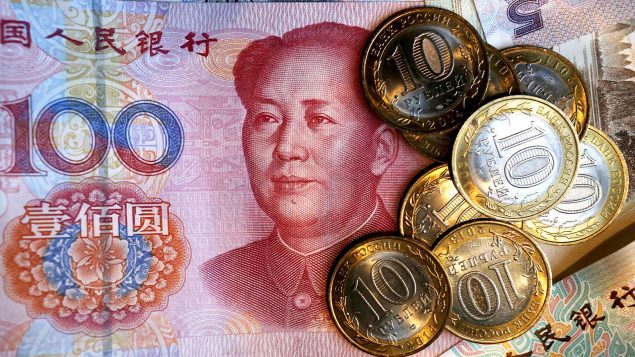 Russia and China have concluded an intergovernmental agreement within the framework of the dedollarization announced almost a year ago, says the letter of the Deputy Minister of Finance Sergei Storchak to the Chairman of the State Duma Committee on the Financial Market Anatoly Aksakov, according to the report.

The letter to the MP states that at the moment new mechanisms of mutual settlements in national currencies between Russian and Chinese enterprises are being developed.

As Anatoly Aksakov explained to Izvestia, one of the options could be the creation of “gateways between the Russian and Chinese counterparts of the SWIFT financial reporting system and the Chinese International Payments System (CIPS).”

Aksakov added that in order to increase the volume of settlements in national currencies, it will be necessary to form a market for ruble and yuan financial instruments.

This will insure against the risks of fluctuations in the rate of the main goods of the Russian-Chinese mutual trade. According to Aksakov, in the coming years, the share of settlements with China in rubles may increase from the current 10% to 50%.

Izvestia asked VTB for confirmation of the news, and VTB simply said that it “was the only Russian bank with a financial license on the territory of the People’s Republic of China.” In addition, VTB has correspondent accounts in national currencies with the largest Chinese banks in China, Hong Kong and Russia, as well as actively promoting the use of the ruble and yuan in foreign economic activity, the press service added.

According to one of the unnamed sources, he calculation algorithm is planned to be built by 2020.

First of all, the largest companies with state participation from the traditional sectors of Russian exports, producers of energy resources and agricultural products, will switch to payments in national currencies, he said. It is assumed that settlements in rubles and yuan will be made, including contracts that were already concluded in dollars.

Izvestia contacted the Ministry of Finance for a response. The Ministry responded that the signed document as a whole has a framework character, and further steps for its implementation will be separately discussed and agreed with Chinese partners.

Neither the Central Bank nor the People’s Bank of China officially commented on these reports.

The agreement means that a policy will finally appear in China to activate mutual payments in rubles and yuan. In fact, this is a green light for authorized banks of China to work with companies from Russia, he stressed.

China prefers to carry out settlements in US currency, since local fiscal policy implies relatively cheap yuan and the accumulation of dollar assets, added Alma Obaeva, chairman of the board of the National Payment Council.

She is confident that Chinese banks will be much more willing to carry out settlements in rubles than in yuan, since they do not want to stimulate additional demand for their currency.

This report came in line with a statement by the Head of the Russian Defense Export firm (Rosoboronexport) Aleksandr Mikheev. According to him Russia had stopped using SWIFT and US dollars for defense contracts. He said that Rosoboronexport is now using national currencies instead of US dollars and emplyos a “closed system” of payments.