Canada will hold a national election on October 19. One week ago, on September 22, the minister of war (aka minister of national defense) of the incumbent Conservative government announced several new anti-Russia measures he says the government will take if re-elected. 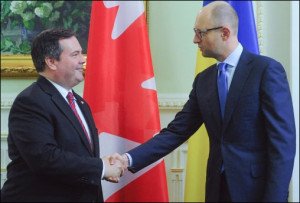 The wish-list of new measures proposed by Jason Kenney (text of his announcement below)  include:

Already on the military front, Canada has provided military equipment to Ukraine during the past 18 months, and 200 of its soldiers are present in western Ukraine training the Ukrainian army and national guard. These military institutions have integrated most of the extreme-right paramilitary battalions that sprang up during and after the ‘Revolution of Dignity’ on Maidan Square that overthrew Ukraine’s elected president, Victor Yanukovych.

The integration of the battalions was needed in order to minimize the bad public relations image and embarrassment of Canada, the U.S. and UK openly training the extremist paramilitaries.

Canada also participates regularly with its warships and warplanes in the ongoing NATO military exercises in eastern Europe. Those exercises are designed to threaten and intimidate the Russian government and people over their support to the pro-autonomy and anti-fascist resistance of the Ukrainian people.

Large numbers of Ukrainians oppose the anti-Russia and pro-austerity policies of the government that came into power through the coup d’etat in Kyiv in February 2014. They, too, are targets and victims of the West’s anti-Russia drive. Their right to expression and protest is severely curtailed in today’s Ukraine. This is a reality which mainstream Western media prefers to keep secret from its readers, viewers or listeners.

Yesterday evening, the leaders of the three leading parties in the Canadian election–Stephen Harper of the Conservatives, Justin Trudeau of the Liberals and Tom Mulcair of the New Democratic Party–participated in a nationally televised debate on Canadian foreign policy. All three leaders reaffirmed their support to the right-wing government in Kyiv and the anti-Russia drive of the NATO imperialist military alliance. The New Cold War.org. website will examine this debate in some detail in forthcoming coverage.

A re-elected Harper Government will also establish a Financial Task Force to track Russian capital flows in global markets and will negotiate a Defence Cooperation Agreement with Ukraine.

“The Putin regime is waging an information war against the Ukrainian people,” Kenney said. “The digital world is Putin’s new battlefield and we will support those who are working to reveal the truth about the situation in Ukraine.”

Following Putin’s invasion of Ukraine and illegal annexation of Crimea, the Conservative Government has undertaken a series of actions to confront Russian aggression and demonstrate Canada’s continuing resolve to stand with the Ukrainian people:

The Ukrainian Diaspora in Canada is more than one million strong.

“It takes clear vision and decisive action to counter Putin’s propaganda,” said Kenney. “Putin doesn’t share the interests of the Western democratic world and Canada must continue to support Ukraine through this crisis.” 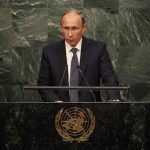 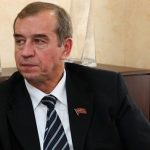