Ronnie Kasrils, Jewish hero of the Anti-Apartheid Struggle in South Africa, on why Israel is an Apartheid Society 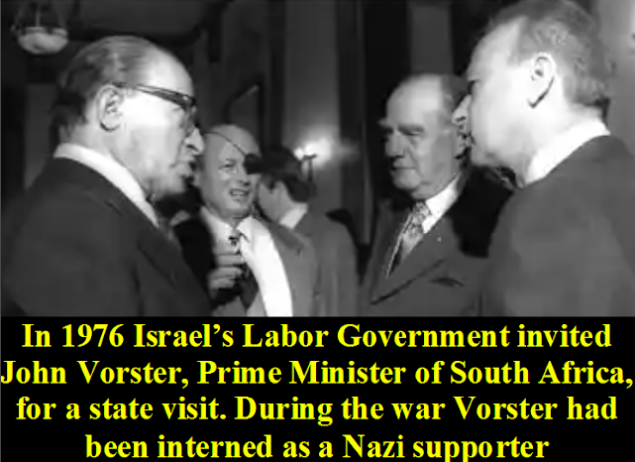 Ronnie Kasrils was one of our international guests at the Free Speech Rally last weekend. Below is the speech he gave. It has also appeared as an article in the Morning Star.

Ronnie Kasrils was one of our international guests at the Free Speech Rally last weekend. Below is the speech he gave. It also appeared as an article in the Morning Star.

Ronnie was commander of the ANC’s military wing, UMkhonte we-Sizwe, and a former ANC Government Minister, as well being Jewish. When Henry Kissinger was awarded the Nobel Peace Prize it was said that it was the day satire died. The idea of a Jewish anti-apartheid veteran being banned by neo-Nazis for anti-Semitism is another example of the death of satire.

It says everything about the political sewer that Austria’s Green and Social Democratic Parties have climbed into, in their eagerness to appease Zionism, that they voted alongside the Austrian neo-Nazis to ban Ronnie from speaking on Council premises.

It should not be a surprise that everywhere in Europe, from neo-Nazis to social democrats, there is support for the fake IHRA definition of ‘anti-Semitism’. This is a ruling class narrative and the Green Party is nothing if not a petit-bourgeois pro-capitalist party.

In Southern Ireland their Green Party has just joined a coalition with two conservative parties, Fine Gael and Fianna Fáil to keep out Sinn Fein.

There is no greater supporter of the IHRA is there than Donald Trump, the man who won the 2016 election campaign with an overtly anti-Semitic campaign.

Israel was the country that had the closest relationship with Apartheid South Africa. It recognised that there was a special affinity between the two ethno-nationalist states at the tip and top of Africa. It is little wonder that racists of all stripes, from Labour Leader Keir Stürmer to Boris Johnson love it so. 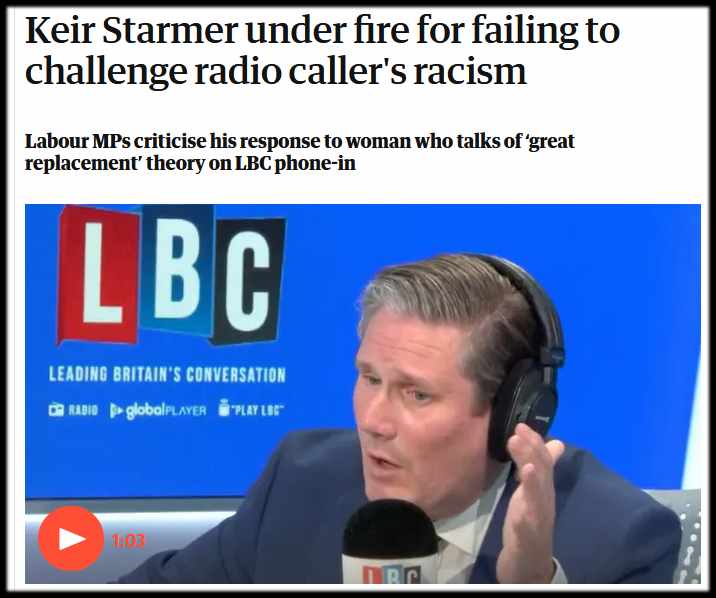 The Dilemmas of Being a Zionist – Sir Keir Stürmer

However that does not stop me having the greatest sympathy for Labour’s Sir Stürmer. You will no doubt have heard of Sir Keir’s terrible dilemma when a White Supremacist woman phoned into LBC whilst Stürmer was fielding calls. She had a complaint. We, the ‘indigenous people of Britain’ (for which read White) were in danger of becoming a minority by 2066.

The caller said this terrible prospect could be easily avoided by doing what Israel has done when it passed the Jewish Nation State Law in 2018. As the caller noted, this law only allows the ‘indigenous people’ of Israel (i.e. Jews) to have self-determination. Arabs have to be content with being able to stay there (for the time being anyway).

When Stürmer heard ‘Israel’ being praised it was quite understandable that he warmed to the woman. After all, any other reaction and he might be called ‘anti-Semitic’. It was only later that he realised that her message might be problematic back home.

Stürmer has spent the last 8 months suspending and expelling anyone who dared breathe a word against Israel. How could he criticise this woman, who was quite clearly a Zionist, or a law that Ha’aretz has termed an Apartheid law. What was he to do?

That is why Stürmer had no choice but to witter on about taking the knee whilst ignoring the woman’s advocacy of the White Replacement Theory. After all, as a ‘Zionist without qualification’he actually supports what she is saying in Israel. 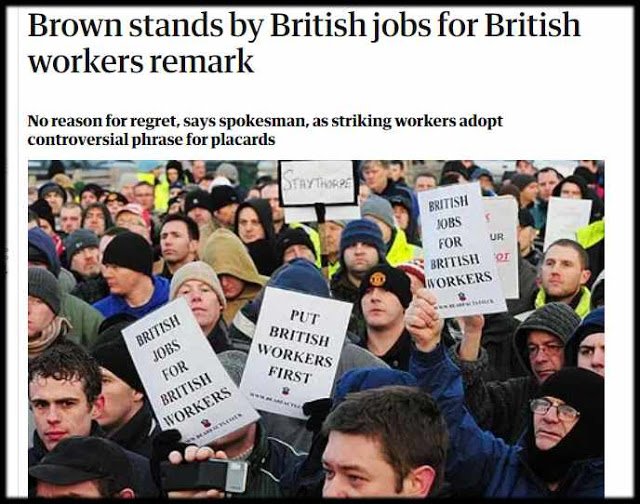 Israel has its very own Jewish Replacement Law (the Jewish Nation State Law) designed to ensure that Jews cannot become a minority in their own state. So why is it so wrong that White British people have a similar law?  After all, as another racist, ex-Prime Minister Gordon Brown once said, it’s all a question of British Jobs for British Workers. Quite understandably Stürmer felt that if he criticised this woman he might be called an anti-Semites!! 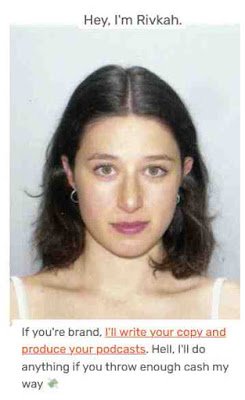 Rivka Brown Withdraws from a Celebration of Jewish Radicalism

You may recall my blog about the scheduled appearance of Rivka Brown of Vashti and Novara Media, at Red Labour’s Celebrationof Jewish Radicalism rally last Tuesday. Rivka Brown had previously attacked Chris Williamson, the one honourable Labour MP who stood firm against the false anti-Semitism witchhunt, as a ‘Jew baiter’. In doing so she joined the reactionary and racist who engineered the ‘anti-Semitism’ attacks on Corbyn and anti-Zionism/Palestine solidarity supporters inside the Labour Party. 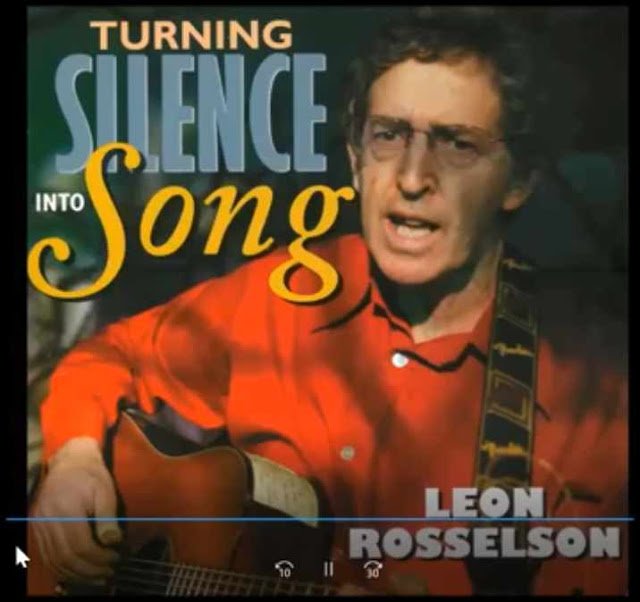 I wrote to Jewish Voices for Labour who were co-sponsoring the event asking them to withdraw their sponsorship. JVL had a long discussion and agreed to this. I also wrote to those appearing asking them to make their views clear, which a number of them did. It seems that Rivka Brown, under pressure from Red Labour, decided to withdraw from the event. Clearly it would not have been right for someone so lacking in an ability to understand the meaning of the word ‘solidarity’ to appear in a commemoration of Jewish radicalism. The event itself was very good and is worth watching if you haven’t already. 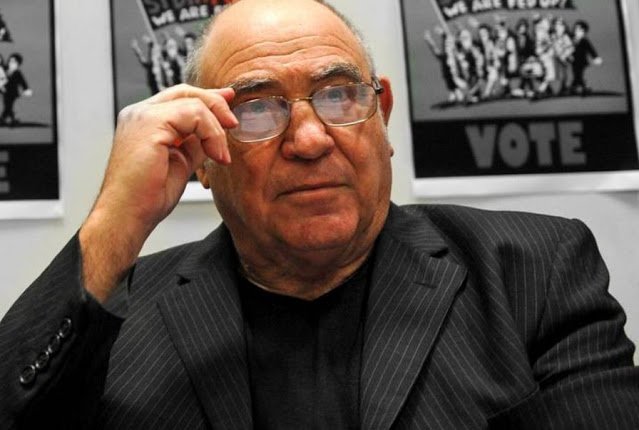 The international campaign; IHRA fake definition of anti-Semitism and right for free speech; 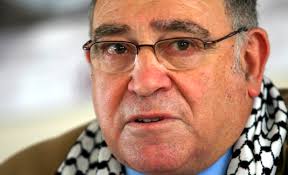