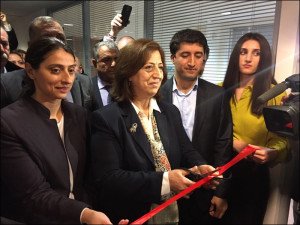 Speaking to ANF at the opening, Rojava Foreign Relations Representative Sinam Mohamad said the day was historic with regards to the worldwide recognition of the Democratic Autonomy Model implemented in Rojava [northern Syria]  for three years now. Mohamad underlined that this project which is grounded on fraternity of peoples and global values such as equality and democracy, set an example for the resolution of the conflict in Syria and the Middle East. She said opening of the representation office in Moscow constituted a major step towards strengthening their relations abroad.

Rodi Osman , the Rojava Kurdistan Democratic Autonomous Administration Representative to the Russian Federation, said they attached importance to the participation in the opening of Russian political and official figures as well as NGOs, academics and the Kurdish society in Russia. “The opening of this representation office is a major stage in the history of Rojava Kurdistan. We see it as a major step with regards to the recognition of the Democratic Autonomous Administration of Rojava. This step serves the resolution of the problems in Syria and the Middle East.

The representation office has a multilingual signboard in Russian, Kurdish, Arabic and Assyrian, which manifests the Rojava administration’s approach towards peoples. 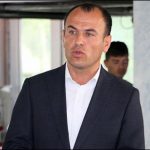 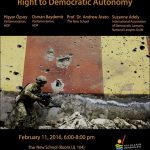