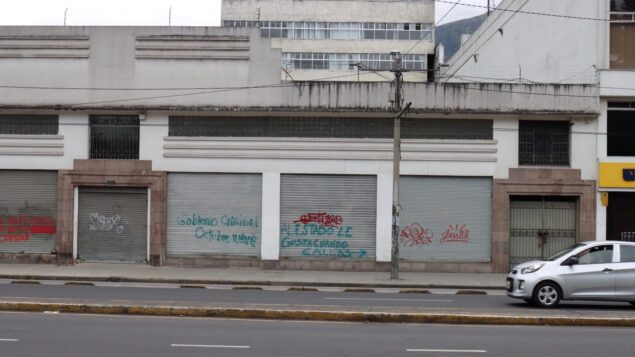 The lead up to the second round elections in Ecuador have been marked by misinformation campaigns, a sharp increase in COVID-19 cases and fears of manipulation and fraud.

On April 11, Andrés Arauz of the National Union for Hope (UNES) will face off against Guillermo Lasso of the right-wing coalition of Creating Opportunities  party (CREO) and Social Christian Party (PSC), in the run-off elections to determine who will be the next president of Ecuador. The first round was held on February 7 in which Arauz won over his opponents with 32.72%. Runner up Guillermo Lasso clinched the second place with 19.74 % of the votes, a mere 32,000 votes over third place candidate Yaku Pérez.

In the period since then, the country has been submerged in crisis after crisis. Ecuadorians have witnessed fresh corruption scandals involving current government officials trading vaccines for favors and suspicious activity from third-place candidate Yaku Pérez and even calls from him for a military coup d’etat. The country has also experienced a deep polarization, dirty campaigns against progressive candidate Arauz which have added further disinformation in an already confusing context, and a significant increase in infections and deaths from COVID-19.

A week ahead of the elections, what are the most significant developments and what are the key factors to pay attention to?

On Saturday, an important announcement was made by the president of Confederation of Indigenous Nationals of Ecuador (CONAIE) Jaime Vargas during a campaign rally of progressive candidate Andrés Arauz. Vargas pledged the support of the Indigenous communities of the Amazon region to the ticket and project of Andrés Arauz and the Union for Hope.

"Economist Andrés Arauz, whatever happens, you have the full support of the Ecuadorian amazon."

Jaime Vargas, the head of Ecuador's largest confederation of indigenous groups, has announced that most nationalities will support leftist @ecuarauz next Sunday. #Elecciones2021Ec pic.twitter.com/MA3B5b2NDD

The announcement was widely celebrated as an important step in building working-class unity and unity across sectors behind the UNES project against banker Guillermo Lasso. Andrés Arauz thanked Vargas for his support and said, “We are building national unity and putting Ecuador first. We must work towards the plurinational State, truth, justice and reparations.” 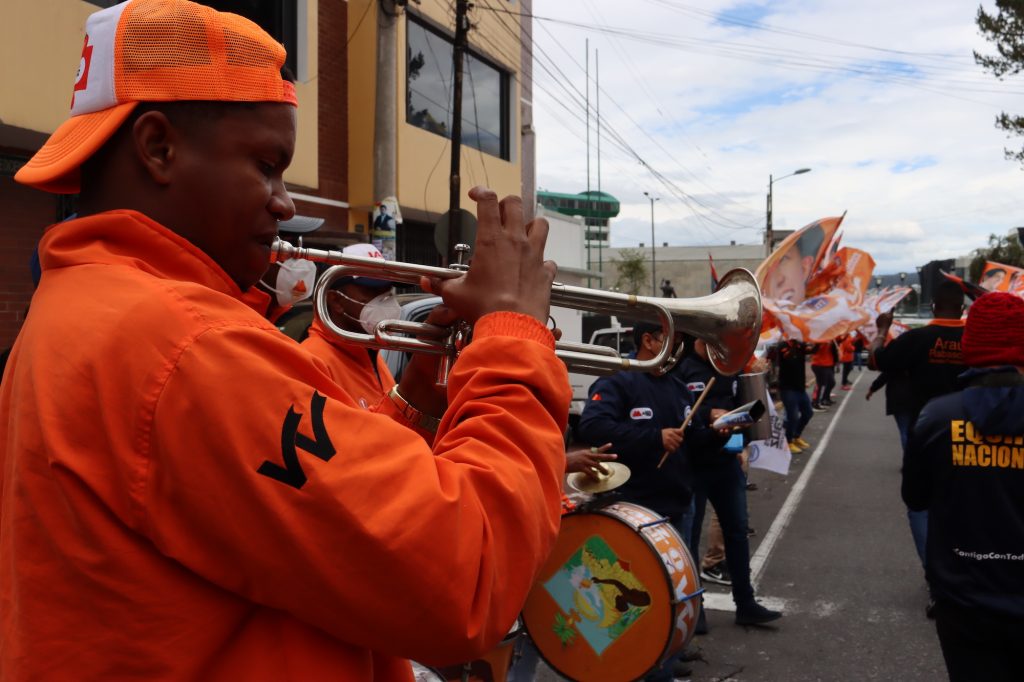 Youth from the Union for Hope alliance from the Esmeraldas Province in Quito ahead of a meeting between Andrés Arauz and Indigenous leaders on April 4, 2021. Photo: Zoe PC

Not all were pleased with Vargas’ announcement. It has received backlash from sectors of the political, electoral arm of CONAIE, the Pachakutik party. Following Yaku Peréz’s defeat in the first round, the party had called on supporters to cast a blank vote in rejection of the alleged fraud (which has been disproven by electoral authorities and courts) and the two candidates. According to Ecuadorian law, if the number of blank ballots is higher than the number of valid votes for candidates, the elections will be annulled and new elections will be held. Cecilia Velasque, the sub-coordinator of Pachakutik party, termed the announcement by Vargas a betrayal. However, the vice-presidential candidate of the Pachakutik ticket, Virna Cedeño had already broken with the official party line days earlier calling on supporters to vote for Guillermo Lasso. That call however was not condemned.

On March 27, another key sector of Ecuador’s Indigenous movement, the National Confederation of Peasant, Indigenous and Black Organizations (FENOCIN) held a national assembly with 300 delegates from across the country to discuss their position with regard to the second-round of the presidential elections. In the assembly, the confederation decided to support the progressive ticket of Andrés Arauz and Carlos Rabascall. The president of FENOCIN Santos Villamar told Lautaro Rivara of ARG Medios, “With absolute majority the bases have decided to support the ticket of Arauz-Rabascall. Precisely because we are united on the ideological question and because the proposals that candidate Arauz has presented to us coincide with the proposals that we as FENOCIN have always been fighting for.”

State of emergency and democracy in danger

Another key development is the declaration of a state of emergency in eight provinces of the country on April 1 in order to slow the spread of COVID-19. The state of emergency which was implemented on April 2 was decreed by president Lenín Moreno following a recommendation from the Committee of Emergency Operations (COE).

The state of emergency calls for the implementation of a curfew from 20:00h to 5:00h, which will be enforced by the Police and Armed Forces, prohibition of large gatherings and conglomerations of people, restrictions on mobility and transportation, and the suspension of in-person classes and work (where possible). The state of emergency implemented in Azuay, El Oro, Esmeraldas, Guayas, Manabí, Pichincha, Santo Domingo de los Tsáchilas, and Loja was recommended by the COE following an increase in cases across the country which many attribute to the new strains of COVID-19. As of Saturday March 3, Ecuador had 333,175 confirmed cases, 12,050 confirmed deaths and 4,879 probable deaths, with numbers across the board significantly increasing in the past several weeks.

The announcement by Moreno and the COE comes just 7 days before the second round of the presidential elections and while many have noted that restriction measures are crucial to slow the spread of COVID, questions have been raised about the impact this could have on the electoral process.

Progressive candidate Andrés Arauz made a declaration on social media shortly after the implementation of the decree condemning the further attacks on democracy in Ecuador. He told Marco Teruggi of Página 12 who has been accompanying the campaign caravan, “The measure gives exceptional powers to Moreno, which overlaps with the day of elections and evidently generates a conflict of competencies in what will be the electoral process.”

He explained that with this measure, “the president of the Republic could modify the protocols of the electoral process when the electoral function is independent, and makes us worry that there could be manipulation of the process and the result. Furthermore if the process is manipulated and citizens must mobilize on the 11th itself or on subsequent days, the state of emergency would make it impossible for citizens to mobilize in defense of their democratic rights.”

Arauz added that this comes in a context where there are already rumors about intentions to manipulate the elections, stating that “the electoral process is at risk.” He told Teruggi that this latest alert is part of an “electoral process that has been full of threats, of lawfare against our participation, even from the moment of registration, when they decreed the non-existence of our party and we had to ally ourselves with another party.”

In October 2019, hundreds of thousands of Ecuadorians from Indigenous, peasant, student, youth organizations, trade unions, and other social sectors took part in mass protests for over 10 days against Decree 883 which sought to implement a set of unpopular neoliberal reforms. The people’s uprising that took place over 10 days achieved the withdrawal of Decree 883 which sought to remove subsidies on fuel which would have led to massive price rises across the board, and anti-labor measures. These were part of a USD 4.2 billion agreement with the International Monetary Fund.

Even as the level of mobilization by the Ecuadorian people was historic, the repression unleashed against the protests by the Government of Lenín Moreno was also unprecedented. The violence carried out by National Police and the Army against protesters caused the death of at least 7 (there is discrepancy as to the official number of deaths). More than 2,000 were injured and over a thousand detained.

The uprising was a milestone in Ecuadorian history. For many today, the project of Guillermo Lasso, a banker with tens of millions of dollars in properties in the southern US state of Florida, represents a continuation of Lenín Moreno’s repressive neoliberal rule.

On Friday April 2, Lasso’s campaign caravan attempted to enter the town of Guamote to hold a campaign event but were stopped at the entrance of the town by a blockade organized by the community. Members of the community led by Mayor Delfín Quishpe, declared that Lasso is not welcome in their community because he supported the repression during the October uprising. This community was particularly impacted by the state violence as an Indigenous leader from Guamote, Edgar Yucailla, was shot in the head with a firearm and died nearly two weeks later.

"The right-wing will never be allowed here!"

For many, Lasso represents the continuation of the repression and neoliberalism which characterized the rule of Lenín Moreno, most evident in the October uprising.

This week will be decisive, despite COVID-19 restrictions, candidates will be working to rally supporters and court the undecided. 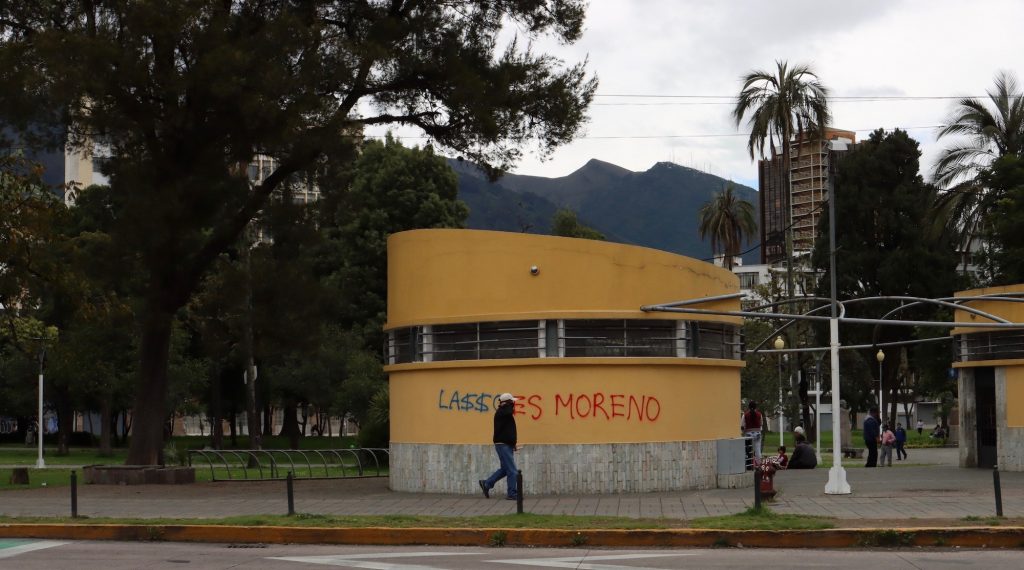 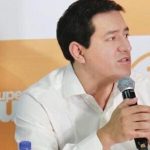 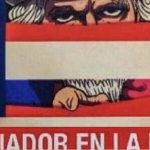 Ecuador: Lenin Moreno and the CIA against Andres ArauzEcuador