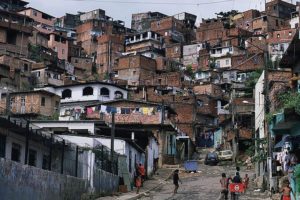 RIO DE JANEIRO — When the Olympic Games come to town, the institution responsible for their production becomes the boss. Traffic is rerouted. The army moves in. Circus tents are set up everywhere, under which the Games’ much-tainted brand is hawked in the form of overpriced merchandise of various description and degrees of tackiness.

But the Olympics is ultimately a spectacle designed for television. And it is the backdrop images offered by the host city, blasted around the globe, that are so important. Sure, the International Olympic Commission also needs to be confident that whoever is picked to stage the Games will follow through on their commitments, or at least the important ones. The venues where athletes compete and sleep need to be finished; there have to be grand hotels in which IOC officials can stay. The rest falls under the category of “nice to have.”

But Rio de Janeiro’s stunning physical setting was certainly one of the reasons the IOC awarded the 2016 Summer Games to this city. It was important for the event to finally make its debut in South America. But it was equally important that the setting be spectacular. Rio has it all: the water, the mountains, a rich, colourful history. As with all Olympics, however, there is plenty the IOC would prefer that television cameras not dwell on.

In Rio, it is the pervasive, grinding poverty. There has not been an Olympics in recent history in which the wealth, privilege and general excess associated with the Games stands in such stark contrast to the grim day-to-day circumstances of those living in the host city.

For two weeks, Rio is captive to police escorts, sirens sounding, of IOC officials sitting in the back of sleek, black sedans whizzing off to some event, while people nearby walk the streets in search of food. It’s a deeply disquieting picture.

Since I have come here, a restaurant down the street, Casa Na Brasa, has become base camp most nights. Located on a busy corner in Copacabana, it has provided a fascinating vantage point from which to observe everyday life in this bustling and chaotic city. Part of what has struck me is just how many people are in dire need of sustenance.

I watched one young family of four go through a garbage can, the mother holding what looked to be a year-old baby in her arms with another toddler by her side, while the father sorted through the trash looking for any food scraps he could find.

And there is another unsettling phenomenon. Because of the climate, many Rio restaurants are open air. It is common for people to come by and, if they think you have finished eating, ask for your leftovers. Some of them carry bags, into which they ask you to push your food. They don’t ask for money. They ask for food. This all takes place in full view of the staff.

Imagine what would happen if this occurred at almost any restaurant in North America. The poor souls would be shooed away immediately. Not here. Restaurant staff feel compassion for these hungry people; sometimes they will box up the leftovers if the person doesn’t have a bag. It’s likely that the servers know someone in the same predicament, or relate to their plight. Many people in Rio are not far from begging for food themselves.

The dichotomy between the money-drenched world of the IOC and the one in which the horribly disadvantaged people of Rio live is blunt and depressing.

Sure, visitors to the Games will spend tens of millions of dollars here. Many restaurants are packed. At Casa Na Brasa, management recently jacked up the price of everything on the menu; it will likely make more money than it has in years, possibly ever.

But what happens when the crowds go home? What happens when the final bill for these Games come in? And it will be a massive one. Will the Olympics have been good for Brazil, and for Rio? Or will it have been an expensive party that only a fortunate few got to enjoy but everyone else ultimately had to pay for?

I know one thing: There are many people living here whose life couldn’t get much worse.

*  Poverty reduction in Brazil (from Wikipedia): About 12 million Brazilian families receive funds from Bolsa Família anti-poverty program which was introduced in 2003 by the newly-elected President Luiz Inácio Lula da Silva. It is part of the  Fome Zero (Zero Hunger) network of federal assistance programs. Poverty in Brazil was reduced by 27 per cent during da Silva’s first term in office. He was re-elected in 2007.The population of Brazil is 200 million.

Egypt’s poverty rate jumped to 26.3 percent in 2013 compared to 16.7 percent in 2000, the Central Agency for Public Mobilization and Statistics (CAMPAS) said in an official statement Friday night. 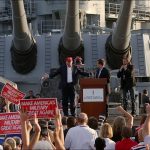 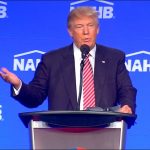