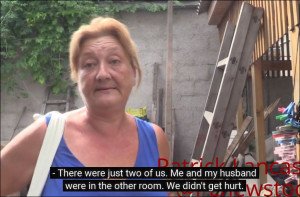 Donetsk resident the day after her house was shelled

Patrick Lancaster, filmmaking colleague of Graham Phillips, has broadcast a six-minute video interview with the residents of two homes in ‘Oktobersky’ district of Donetsk city which were struck by Ukrainian shelling on August 15. The interview is sub-titled in English.

This is a two-minute video report of the aftermath of Ukrainian shelling of Horlovka on August 14. Horlovka is a city of some 250,000 people. Like Donetsk it is a city of coal mining and heavy industry.

Daily shellings by Ukrainian army against of city of Gorlovka in Donetsk, news summary by New Cold War.org, Aug. 14, 2015 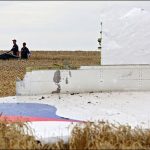 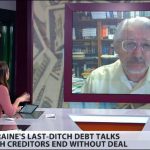