The leader of the self-proclaimed Donetsk People’s Republic (DPR), Alexander Zakharchenko, says the gunshot wound to the leg he received in Debaltsevo on February 17 was the work of a sniper, he told journalists on Thursday. 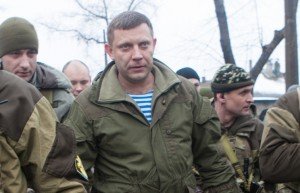 “A gunshot wound to the leg. A sniper was working [on me] from the area near the city hospital,” he said.

When asked about his state of health, Zakharchenko said the wound let him get enough sleep. “In Debaltsevo, I haven’t slept for three days,” he said.

The DPR leader confirmed his willingness to participate in the celebration of the upcoming Defender of the Motherland Day celebrated on February 23.

Zakharchenko was wounded in the leg fighting in Debaltsevo on February 17. Doctors say the bullet went right through without hitting the bone. 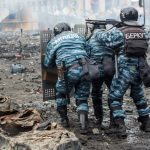 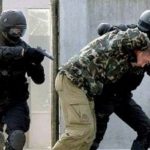 ‘European values’ in the city of Kharkiv, eastern Ukraine: 700 arrests in 2014 for ‘separatism’Digest, Ukraine