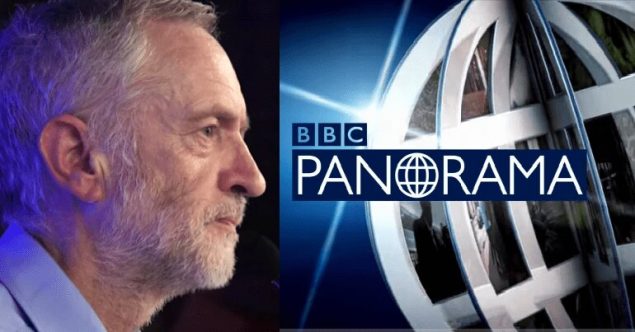 This article was published in response to a multi-point complaint by The British Labour Party to the scheduled BBC screening of a controversial episode of Panorama, called Is Labour Anti-semitic?

The BBC is due to air an episode of Panorama called Is Labour Anti-semitic? at 9pm on 10 July. Ahead of the show, the Labour Party has issued a multi-point complaint. It claims Panorama presenter John Ware is “unsuitable” and asks the BBC to “suspend and reconsider” airing the programme.

The complaint’s main points are that:

LabourList has now published the full complaint, which Labour reportedly sent to the BBC on 4 July. We have republished it below:

I write on behalf of the Labour Party in relation to your planned Panorama programme “Is Labour Anti-Semitic?”.

Our lawyer Gerald Shamash will shortly be sending a letter to the BBC’s group general counsel dealing with legal, statutory and wider editorial concerns and issues. We will also be sending detailed responses tomorrow to the questions and issues raised by your reporter/presenter John Ware to Jeremy Corbyn, Jennie Formby, Shami Chakrabarti and a number of Labour Party staff members, which were received by us on Monday 24th June.

Both from the nature of the questions and their framing, the public record and pronouncements of your reporter/presenter John Ware, and your prior publicity for the programme in the Radio Times, we believe the programme is unlikely to meet the BBC’s obligations of fairness, balance and political impartiality; shows clear signs of political interference and attempts at undue influence in the current EHRC investigations into our disciplinary and complaints procedures; is likely to be politically slanted in language, presentation and balance of interviewees; and relies heavily and one-sidedly on the claims and allegations of politically partisan anonymous / unnamed sources and Conservative-supporting newspapers and organisations.

1) From the framing of the programme in the Radio Times profile, it appears that the answer to the question “Is Labour Anti-Semitic?” has already been built into the programme – it refers to the “evasions and contradictions” at the heart of the Labour Party – without hearing the Labour Party’s response, considering the rebuttal of unsubstantiated allegations or interviewing a balanced set of voices and views. The programme has clearly been filming and in production for many months but has only offered us an opportunity to provide balancing interviews and responses last week.

2) The timing and length of the programme (double the time allowed for “The Race for Number Ten”) both point to political interference in a highly charged and sensitive political issue between the main political parties – currently being invoked in the Conservative Party leadership election – as well as undue influence by the BBC in the current EHRC investigation into Labour’s procedures for dealing with antisemitism.

3) Both from the questions posed and the framing of the programme’s agenda, there is clear reliance on unsubstantiated allegations and selective use of data and internal communications by former members of staff, who are openly and publicly opposed to Jeremy Corbyn’s leadership of the Labour Party and highly critical of him and members of his staff. The reliance on a series of politically partisan and hostile interviewees and informants on a highly sensitive political issue in current domestic politics – without, from what we understand, a range of interviewees with an alternative perspective – shows every sign of breaching the BBC’s obligations and own editorial guidelines to be fair, balanced and even-handed in political controversy.

4) The investigation and focus on instances of antisemitism and their handling in the Labour Party – while reasonable and justifiable on its own terms – will be regarded as a political intervention without a balancing investigation and focus on the incidence of Islamophobia among members of the Conservative Party, particularly in the month when those same members are voting to choose the country’s next Prime Minister. As polling has shown, Islamophobia and anti-Muslim prejudice is more prevalent in British society than antisemitism, and far more prevalent among Conservative party members than instances of antisemitism in the Labour Party. Polling published last week by You Gov and Hope Not Hate shows that nearly half of Conservative Party members hold Islamophobic views. And both surveys by You Gov and Campaign Against Antisemitism on antisemitism in British politics show that antisemitic views are higher among Conservative voters than Labour voters. But BBC coverage has focused far more on the latter than the former. Without an early investigation of Islamophobia in the Conservative party of similar length and prominence, this will inevitably be regarded as evidence of political bias.

5) The choice of John Ware as reporter/presenter of this programme – whose record of public political hostility to Jeremy Corbyn and his leadership of the Labour Party, as well as a series of controversial articles and programmes on the Muslim community, means he cannot be regarded as fair or even-handed on British politics or community relations – will further undermine confidence in its impartiality. In an article in the neo-conservative magazine Standpoint on 27/6/17, Mr Ware wrote that the Conservative Party “risks letting in a Labour leader whose entire political career has been stimulated by disdain for the West, appeasement of extremism, and who would barely understand what fighting for the revival of British values is really all about”.

In an article in the neo-conservative magazine Standpoint on 27/6/17, Mr Ware wrote that the Conservative Party “risks letting in a Labour leader whose entire political career has been stimulated by disdain for the West, appeasement of extremism, and who would barely understand what fighting for the revival of British values is really all about”.

In an article on 2/8/18 in the Jewish Chronicle, Mr Ware accused Jeremy Corbyn of using a “classic antisemitic trope” in comments about Israel and Egypt, and argued that anti-Zionism had “morphed into anti-Semitism” “deeply” on the Labour Left. These are the remarks of someone who has clearly and publicly already made their mind up on the issue of Labour and anti-Semitism.

His Panorama programme in 2005 “British Muslims: A Question of Leadership” was described by a former Panorama journalist in the Guardian as “disgusting”, with the presenter acting “like a prosecuting attorney, not a journalist” – and by the then Guardian columnist Madeleine Bunting as “McCarthyite”.

However robust the editorial process, Mr Ware’s public views and priorities will inevitably have shaped his approach to this programme’s content and interviewees, and will be certain to lead to reasonable accusations of bias and lack of fairness.

Contrary to BBC editorial guidelines on presenters, John Ware’s own personal and political views make him unsuitable to present this programme. As well as previous complaints of bias, including one about a documentary he made about Jeremy Corbyn’s 2015 leadership campaign, he has written that Jeremy’s “entire political career has been stimulated by disdain for the West, appeasement of extremism” and says he is someone “who would barely understand what fighting for the revival of British values is really all about”. These allegations have been put to us as being expressed by others – whether Jeremy Corbyn would be at risk of being disciplined now if he repeated previous things he has said, and a suggestion that the Chakrabarti report insulates him from blame and are in fact John Ware’s own views, expressed in an article on August 22nd 2018.

It goes without saying that we do not accept that the Labour Party is antisemitic: we completely reject any such a claim and will strongly contest and challenge through all channels available to us, any such conclusion or implication given in this Panorama programme.

I trust that you will take fully on board the concerns, objections and rebuttals we are providing, will suspend and reconsider the planned broadcast of this programme in this form – and will fully adhere to the BBC’s statutory obligations to be fair, impartial and balanced in its reporting in any reworking of the material.

BuzzFeed‘s Alex Wickham has written that, in the run-up to the anticipated show, Labour has declared “all out war on the BBC” as a result. He published a list of the allegations in a thread on Twitter:

In short, the show looks set to be a source of major controversy for some time.