Ramsey Clark: A Life Well Lived for the People of the World 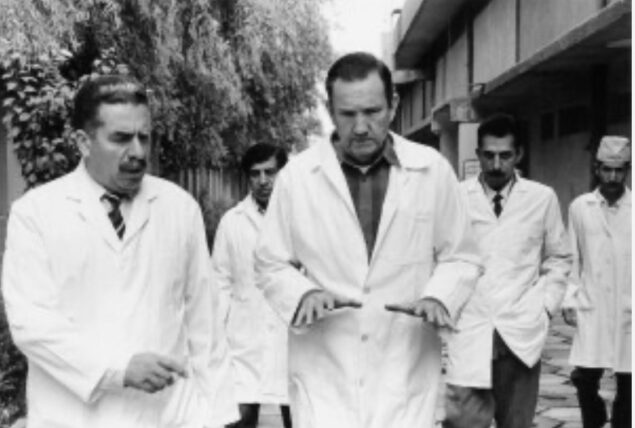 Ramsey Clark has died at the age of 93 in New York and justice and peace-loving people and movements in the US and around the world are in mourning for a man who stood up and fought tirelessly in support of justice, equality and against his country’s drive for endless wars.

Yesterday Ramsey Clark died at the age of 93 in New York and today justice and peace-loving people and movements in the US and around the world are in mourning for a man who stood up and fought tirelessly in support of justice, equality and against his country’s drive for endless wars.

Ramsey Clark, the son of a Supreme Court Justice, was a lawyer who began an 8-year career in the US Justice Department in 1961 where he helped draft the landmark Civil Rights Act of 1964 and 1968 and the Voting Rights Act of 1965, becoming the US Attorney General in 1967. During this time he took on the establishment by banning wiretapping of progressive movements, calling for the abolition of capital punishment, and banning federal executions.

Ramsey could have easily remained in the ruling class circles he was born into but once outside of the US government he became a voice against its policies that could not be ignored. He chose instead to become a beacon of unequivocal support for the people of the world going to literally more than 100 countries on fact-finding missions and leading humanitarian delegations. He flew tirelessly to countries being targeted by the Pentagon sometimes even as the bombs were beginning to fall.

Sanctions as a Weapon of War

It is almost impossible to list all the countries and peoples that Ramsey Clark stood up for but perhaps his role in helping to expose the 12 years (between the first Gulf War to the full-scale attack in 2003) of sanctions against Iraq is the most illustrative one in showing the cruelty of the slow misery and death that sanctions cause. During that time Ramsey went to Iraq over and over again to document just how horrific it was. In February 1996 I had the honor of accompanying him as the photographer on a delegation to document on the ground evidence for a report being compiled by the UN Food and Agriculture Organization that was claiming that 567,000 Iraqi children had died as a consequence of the draconian economic sanctions being applied in just 5 years. We went from empty hospital to empty hospital where doctors informed us that children were dying from preventable dysentery because they could not even get or produce simple hydration tablets and that diseases that had been eliminated were reappearing because of the conditions.  Prior to the war, Iraq had the most modern medical system in the Middle East. We witnessed a pharmaceutical factory that lay dormant because they could not get the material needed to make medicine. Sewage flowed into the Tigris River through bombed-out sanitation plants that could get no spare parts to get them running again. It was obvious everywhere we went, from government officials to people on the street the level of respect and love that people in Iraq and throughout the Middle East for that matter had for Ramsey.

Today the US has sanctions leveled at over 20 countries for the crime of insisting on their independence. Ramsey Clark was opposed to all sanctions and said, “The lawlessness and cruelty of death-dealing sanctions must be recognized as genocide and a crime against humanity and must be prohibited.”

Support for Self Determination in Latin America

Over the years Ramsey played a significant role by leading delegations and participating in events throughout Latin America and the Caribbean including against the US-financed Contras during the Reagan years, to meeting with Hugo Chavez as leader of the Bolivarian Revolution in Venezuela, the Zapatistas in Chiapas, and support for the FMLN in El Salvador.

Ramsey actively opposed the over 60 year blockade of Cuba and called for the closure of the illegally occupied US naval base at Guantanamo and returning the land to the Cuban People. He involved himself in the struggle to send Elian Gonzalez home with his father and the prolonged campaign to free the Cuban 5 from US prisons. In recognition for his endearing and unwavering support, Ramsey was awarded the Order of Solidarity granted by the State Council of the Republic of Cuba in November 2013 in Holguin by the mothers of the five Cuban heroes.

Today Cuban President Miguel-Diaz Canel Bermudez tweeted. “We mourn the death of Ramsey Clark, former US Attorney General. Honest and supportive, he joined us in crucial battles and was critical of the great injustices committed by his country in the world. Cuba pays grateful tribute to him.”

Fernando Gonzalez, President of the Institute of Friendship with the People (ICAP) added, “Ramsey was a sincere and faithful friend of Cuba. We share common ideals with regard to civil and human rights and the defense of just causes like Palestine… Cuba will never forget a friend as loyal as Ramsey Clark”.

Today on Facebook, anti-war activist Brian Willson said from Nicaragua something that rings true to many of us about what a role model Ramsey Clark was. He was just that for a generation of activists, always speaking truth to power, calm and humble, but with unrelenting conviction.