By Leonid Bershidsky, Bloomberg News, April 4, 2016  (see further below a comment on this article, by Russia Insider correspondent, Alexander Mercouris)

Recent reports by two consortia of investigative journalists purport to have exposed the dealings and offshore accounts of some of Russian President Vladimir Putin’s closest associates. They don’t name him as a beneficiary of any account, suggesting that Putin is as poor as a church mouse — or would be if he ever lost power.

The investigations were published by the Organized Crime and Corruption Reporting Project and the International Consortium of Investigative Journalists, respectively. The first names St. Petersburg businessman Grigory Bayevskiy as someone who provided valuable real estate to, among others, Katerina Tikhonova, reportedly Putin’s daughter. The Kremlin has neither confirmed nor denied that connection when asked about the reports.

The second, potentially more damaging investigation is based on the Panama Papers, a gigantic leak of data belonging to Mossack Fonseca, a Panama law firm that assists clients in setting up offshore companies — all legally, according to a statement by the law firm. The report names Sergei Roldugin, a St. Petersburg musician and godfather of one of Putin’s daughters, as the beneficiary of shell companies that were involved in complex transactions with entities the journalists linked to a number of businessmen also associated with Putin.

The ICIJ report talks of a “Putin network” of companies set up by the managers of Bank Rossiya, a financial institution owned by several longtime Putin associates. The U.S. placed the bank under sanctions following the Russian aggression against Ukraine. Putin responded by opening a personal account with the bank. Transactions carried out by the shell companies Bank Rossiya allegedly created feature easy-term loans from the Cyprus subsidiary of the Russian government-owned bank, VTB. Hundreds of millions of dollars were then allegedly re-loaned to other companies in the “Putin network.” According to the ICIJ investigation, the loans were typically unsecured and the paperwork indicated that repayment might not be expected. All of this activity may well have been legal, too.

VTB Chief Executive Andrey Kostin denied his bank had made unsecured loans in a Bloomberg Television interview on Monday.

Perhaps the most striking fact about these revelations, though, is that there is no sign of Putin or his family members among the beneficiaries of the businesses involved. Indeed, Kostin dismissed any suggestion of a connection to Putin as “bulls**t.” The ICIJ report said:

Audio recordings and witness accounts show that even when Putin’s closest confidants privately discuss his financial dealings, they use pseudonyms for him or simply gesture to the heavens rather than utter his name.

I am not aware of any recordings or credible witness accounts of Putin confidants discussing his personal financial dealings. Even if such testimony existed, no man can be indicted on the basis of his friends’ gestures or use of affectionate nicknames.

Having access to an offshore incorporator’s internal files and emails allows journalists the rarest of opportunities — to track the entire beneficiary chain of some of the most secretive firms in the world, often set up for the very purpose of concealing the beneficiaries’ identities. The Panama document dump also purports to show that in 2014, Ukrainian President Petro Poroshenko set up a British Virgin Islands company to hold his confectionery assets in his own name. It suggests Icelandic Prime Minister Sigmundur David Gunnlaugsson and his family had a direct interest in the winding down of the big Icelandic banks that went bust during the global financial crisis.

There is nothing comparable to say about Putin the individual. Vladimir Vladimirovich Putin, born in Leningrad on October 7, 1952, doesn’t appear on any incorporation papers. He doesn’t own or control any of the assets involved.

Putin the institution, however, is a tangible presence. Bank Rossiya shareholders, big government contract winners such as Putin’s former judo sparring partner Arkady Rotenberg, lesser-known St. Petersburg businessmen who knew Putin when he was a city official in the 1990s or a KGB officer in earlier decades — all of these people made their fortunes under the Putin regime. There’s nothing surprising about their access to cheap state bank funds, or about the “consulting” and “lobbying” contracts they received from less connected businesses. In a dictatorial regime, the dictator’s cronies make money; their network is the fabric of power.

Is this an arrangement that should anger Russian citizens? Of course it is. That Putin’s cronies are a predatory, parasitical, privileged class of businessmen was known long before the Panama dump. The Kremlin refused to respond to the investigative groups’ questions on the grounds that these questions have been asked “more than once in different variations,” and that’s true. What has always been missing is the final link to Putin the man.  And, given the nature of the data used in the ICIJ investigation, perhaps it’s time to admit that no such link exists. Putin doesn’t own yachts or palaces; he has no $200 billion fortune, as sometimes speculated. He is not “secretly the world’s richest man.” However, as the former KGB case officer that he is, Putin does surround himself with a network of people who have indeed become rich.

Because he is the president, these people count on their association with Putin to help them make money. Because they count on their association with him, he — as someone who can take away both the opportunities and the assets — has the ability to call on the proceeds should he need them. The OCCRP investigation into Bayevskiy’s real estate deals shows how that may work.

This approach is different from, but reminiscent of, the scheme once run by Boris Berezovsky, the billionaire who claimed to have helped make Putin president in 2000. Berezovsky, who apparently killed himself in the U.K. in 2013, pioneered a business scheme under which an asset remains under government control, but its managers are “privatized” — corrupted, in more conventional terms. They then milk the state company in the interests of their “buyer.”

Putin is not stealing Russia’s vast wealth; he’s handing some of it over to trusted individuals to manage. In the process, they are very likely to profit from that wealth. He maintains good relationships with these people. He also controls the business environment so tightly that they can’t risk betraying him. He can also have his network do whatever he might require extra-budgetary funds to do (the $50 billion Sochi Winter Olympics springs to mind).

If Putin is ever overthrown, he will be as difficult to convict on charges of corruption as former Ukrainian President Viktor Yanukovych and his associates have been. After all, they had only imitated what Putin was doing in Russia. Putin, however, has no obvious contingency plan in case he’s overthrown. The financial arrangements described by the ICIJ on the basis of the Panama files would leave him with nothing if he ceased to be Putin the institution, as well as the man.

This system, which rests on Putin’s ability to control a network of friends and associates, does not allow for any upheavals. He is gambling his future well-being on his ability to maintain a firm grip on power. If that seems foolhardy for one of the world’s shrewdest politicians, it may not be. Yanukovych fled to Russia after Ukrainians ousted him in 2014. Putin would have nowhere to go if removed, even if he had amassed wealth in his own name. Too many in the West would gleefully hunt him down. He has no option but to remain at the center of the web he has created, its hostage as much as its controller.

Comment on the above article by Russia Insider correspondent, Alexander Mercouris, from his Facebook page on April 6, 2016:

I see that even Leonid Bershidsky – a stern critic and liberal opponent of Putin’s – now says the Panama papers have actually proved the opposite of what they were intended to prove: Putin is NOT a billionaire or even a rich man.

The one point where I have to take issue with Bershidsky is his belief that the Panama papers show a spider’s web of people who have supposedly been allowed to plunder Russia in order to provide Putin with a network of supporters in an operation supposedly akin to Berezovsky’s in the 1990s.

None of the individuals named in the Panama papers can in any way be called politically important. This is not a politically useful network by any stretch of the imagination and the sums involved – $2 billion in the transactions disclosed by the Panama papers – are by Berezovsky’s standards laughably small. Moreover – and this really does bear repeating – there is no proof of financial wrong-doing in any of them.

What about Bershidsky’s theory that all this money would somehow be at Putin’s disposal if he asked for it?

Firstly, what evidence is there that he has ever asked for it? Secondly, since he is President, why would he need it anyway?

Bershidsky says if Putin ever lost power he would instantly lose access to all this money. If so – since Bershidsky says Putin is a dictator with presumably all of Russia’s wealth at his disposal – there hardly seems any point in Putin favouring friends so they can put aside money for him to call on when he wants to.

I would add that lots of politicians in the West have wealthy friends. Of Britain’s most recent Prime Ministers – Wilson, Thatcher, Blair, Brown and Cameron – all did. As did John Major, though he did so more discreetly. Only Callaghan – basically a trade unionist whose personal friendships were almost entirely within the Labour party – didn’t, though even he, from time to time, was accused of corruption because of his ownership of a Sussex farm.

In passing, I would add that although I don’t agree with Bershidsky on most things (and I have cited two examples above), he is not only well informed and intelligent but also, for a Russian liberal, amazingly level-headed. If more Russian liberals were like him then they might even win some votes. 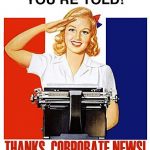 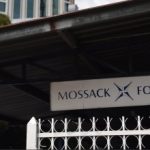 A key similarity between Snowden leak and Panama Papers: Scandal is what has been legalizedMultipolarity