As a rising wave of anti-Semitic attacks engulf Europe, the Russian president has offered European Jews protection by proposing that they immigrate to Russia. 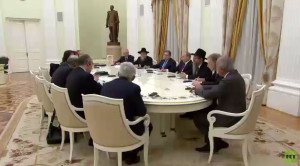 Vladimir Putin meets with representatives of the European Jewish Congress in the Kremlin, Jan 19, 2016 (RT.com)

In a meeting with members of the European Jewish Congress in the Kremlin, the president of the congregation complained to Vladimir Putin about the rising anti-Semitism across Europe that has manifested itself in an increased number of attacks against Jews.

Focusing on the tragic events in France last year Vyacheslav Kantor, president of the European Jewish Congress (ECJ), said that European Jews are facing mass discrimination, the biggest since the end of World War II.

“The position of Jews in Europe today is the worst since the end of World War Two. Jews [are] gripped by fear and the very real new Exodus of Jews from Europe,” Kantor told Putin.

Based on Kantor’s estimates, there has been a 40 percent annual rise in cases of anti-Semitism in Europe in recent years. He blamed the increase of hatred towards Jews on the worsening economic situation in Europe following the global financial crisis of 2008.

The deteriorating economic conditions have led to nationalism, xenophobia and racism, according to the ECJ president. He said that ultra-right organizations are “springing up like mushrooms” in France, Germany, the UK, Greece, Hungary, Sweden and Italy. Furthermore, the rise of Islamic extremism in Europe is prompting a mass exodus of Jews from the EU, as some member states can no longer offer adequate protection.

“For example, the emigration flow from France, which only yesterday seemed so safe, is bigger than from Ukraine, [which is] engulfed in civil conflict. Why are the Jews fleeing from Europe? They run…not only because of terrorist acts against our communities in Toulouse, Brussels, Paris, Copenhagen, now in Marseilles, but because of the fear to just appear in the streets of European cities.”

President Putin replied: “Let them [Jews] come to us then,” adding that “during the Soviet period they were leaving the country, and now they should return.”

Kantor called Putin’s proposal a “new fundamental idea” that the Congress will take up for debate.

While the Soviet Union saved hundreds of thousands of Jews from being exterminated by the Nazis during World War II, after Mikhail Gorbachev opened the borders in the late 1980s many Jews and their families decided to emigrate from the USSR.

Between 1989 and 2006, according to Haaretz figures, some 1.6 million Soviet Jews and their relatives opted to move to Israel under the Israeli Law of Return, which offered them citizenship. About 979,000 migrated to Israel, while another 325,000 migrated to the United States, and roughly 219,000 to Germany.

The European Jewish Congress was founded in 1986 and is based in Paris. It has offices in Brussels, Strasbourg, Berlin and Budapest. 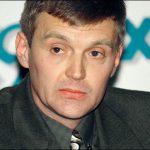 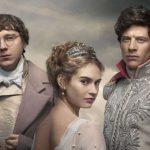