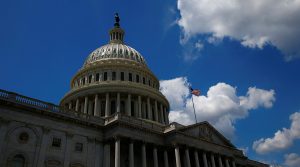 The new round of U.S. sanctions against Russia is “extremely cynical,” President Vladimir Putin said, accusing Washington of using its political advantage for business purposes.

If the U.S. implements new sanctions against Russia, “it will be particularly regrettable because this would be an act of aggravation and exceptional cynicism,” Putin said.

“It’s an obvious attempt [by the U.S.] to use its geopolitical advantages in the competitive struggle with the goal of ensuring its economic interests at the expense of its other allies,” he added.

“We’ve never agreed to this and will never agree. As for how other states react to this, it depends on the degree of their sovereignty and their readiness to defend their own national interests,” Putin stressed.

The president warned that Moscow is already running out of patience with Washington’s “impudence.”

“As you know, our behavior is very restrained, patient, but at some point we will have to come up with a response. It is impossible to endlessly endure impudence towards our country,” Putin said.

He said that Moscow “hasn’t yet seen the final version (of the U.S. sanctions legislation), that’s why we don’t have a final opinion on the issue.”

“But we see that for a long period of time [there have been] constant attempts to provoke us,” the Russian leader added.

Putin added that, as with the expulsion of Russian diplomats from the U.S. by the outgoing Obama administration, “the sanctions are illegal in terms of international law. They violate the principles of international trade and the rules of the World Trade Organization (WTO).”

On July 25, the latest package of sanctions, targeting Russia’s major defense, mining, shipping and railway industries, was passed in the U.S. House of Representatives.

The restrictions also include penalties on European companies engaged in joint EU-Russia energy projects, with the Gazprom-run Nord Stream 2 flagship pipeline being the most probable target of renewed sanctions.

The new restrictions set to be imposed by Washington have caused outrage not only in Moscow but in Brussels as well. Top EU officials, including European Commission President Jean-Claude Juncker, have slammed the sanctions as one-sided and a threat to European energy security, promising to come up with retaliatory measures.

Long before President Trump, the U.S. government had made a mockery of “human rights,” condemning abuses by adversary states but silent when crimes were committed by U.S. agents or U.S. allies.