By Vladimir Soldatkin and Krisztina Than, Reuters, Tuesday, Feb. 17, 2015

Russian President Vladimir Putin agreed a deal to keep supplying gas to Hungary on Tuesday on a visit to Budapest that cemented Hungary’s close ties with the Kremlin as the rest of Europe gives Russia the cold shoulder over its intervention in Ukraine. 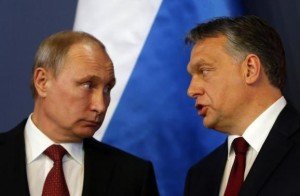 The fact Putin was in Hungary at all underlined the relationship — he has not been on a bilateral visit to a European Union state since June last year, just before a Malaysian airliner was shot down over a part of Ukraine held by Moscow-backed rebels.

After several hours of talks, Putin and Hungarian Prime Minister Viktor Orban said they had reached agreement to extend a gas supply contract that expires this year. They said there were some technical issues to fix before it could be signed. Orban said a big stumbling block, a clause in the expiring contract which means Hungary has to pay for gas it contracted to buy but did not use, had been resolved. He said Hungary can use the remaining gas under the contract in the coming years, and pay at the time when it draws on the gas. But he did not disclose the price it would have to pay.

The Hungarian prime minister also criticised those in Europe who want to isolate Russia – a stance that sets him apart many of his fellow EU leaders. “We are convinced that locking Russia out of Europe is not rational,” Orban said. “Whoever thinks that Europe can be competitive, that the European economy can be competitive without economic cooperation with Russia, whoever thinks that energy security can exist in Europe without the energy that comes from Russia, is chasing ghosts.”

Both Orban and Putin said they would back a successor to the South Stream project, a gas pipeline that was to have pumped Russian gas under the Black Sea to southern Europe but which Moscow has abandoned in the face of objections from Brussels.

One option raised by both leaders was to expand a proposed Russian pipeline into Turkey to include spurs that would take the gas through Greece and the Balkans to Hungary. “If they (the European Commission) don’t hinder us, then in essence we could realise part of the former South Stream project via Turkey,” Putin said.

Orban’s closeness to Russia has come at a political cost. Many Western diplomats say they are alarmed by what they see as Orban’s drift into the Kremlin’s orbit. At home, ties to Russia are highly charged because Hungary was, for four decades after World War Two, effectively under Soviet occupation. A 1956 uprising against rule from Moscow was brutally suppressed using Red Army tanks.

One of Orban’s most important allies, business mogul Lajos Simicska, fell out with him this month, in part over his policy towards Russia, a source with knowledge of the matter told Reuters.

In Budapest late on Monday, about 1,000 people protested against Putin’s visit. “We don’t agree with the fact that Viktor Orban receives Putin while the leaders of democratic Europe do not receive him,” said 57-year-old protester Gabor Faradi. He held a banner which read “We won’t be a Russian colony”. 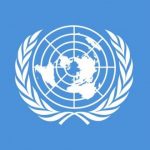