ST PETERSBURG/ISTANBUL – Russia and Turkey took a big step toward normalizing relations on Tuesday, with their leaders announcing an acceleration in trade and energy ties at a time when both countries have troubled economies and strains with the West. 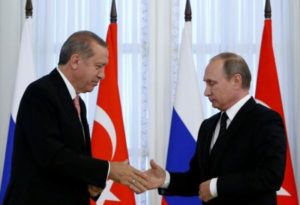 The visit is being closely watched in the West, where some fear both men, powerful leaders ill-disposed to dissent, might use their rapprochement to exert pressure on Washington and the European Union and stir tensions within NATO, the military alliance of which Turkey is a member.

Putin said Moscow would gradually phase out sanctions against Ankara, imposed after the Turks shot down a Russian fighter jet near the Syrian border nine months ago, and that bringing ties to their pre-crisis level was the priority.

“Do we want a full-spectrum restoration of relations? Yes and we will achieve that,” Putin told a joint news conference after an initial round of talks. “Life changes quickly.”

Cooperation would be increased on projects including a planned $20 billion gas pipeline and a nuclear power plant to be built in Turkey by the Russians, Erdogan said, as well as between their two defense sectors.

“God willing, with these steps the Moscow-Ankara axis will again be a line of trust and friendship,” Erdogan said.

The leaders were to discuss the war in Syria, over which they remain deeply divided, in a subsequent closed-door session. Progress there is likely to be more halting, with Moscow backing President Bashar al-Assad and Ankara wanting him out of power.

Turkey has been incensed by what it sees as Western concern over a post-coup crackdown but indifference to the bloody putsch itself, in which rogue soldiers bombed parliament and seized bridges with tanks and helicopters. More than 240 people were killed, many of them civilians.

Putin’s rapid phone call expressing his solidarity to Erdogan in the wake of the failed putsch had been a “psychological boost”, the Turkish president said.

Turkish officials, by contrast, warned on Tuesday of rising anti-American sentiment and of risks to a crucial migrant deal with Europe, in a sign of deteriorating relations.

Erdogan blames Fethullah Gulen, a Muslim cleric who has lived in self-imposed exile in the U.S. state of Pennsylvania since 1999, and his followers for the failed coup.

In Moscow he also implied that Gulenists in the military may have been responsible for the downing of the jet, telling a Turkish-Russian business council that they had “clearly taken aim at ties between our countries”, although he stopped short of blaming them outright.

Turkey has launched a series of mass purges of suspected Gulen supporters in its armed forces, other state institutions, universities, schools and the media, prompting Western worries for the stability of the NATO ally.

Justice Minister Bekir Bozdag said hostility toward the United States was rising among Turks and could be calmed only by the extradition of Gulen, who denies any involvement in the coup and has condemned it.

In Washington, the U.S. State Department criticized charges in the Turkish press that a Washington think tank had been behind the coup attempt.

“This sort of conspiracy theory, inflammatory rhetoric … is absolutely not helpful,” State Department spokeswoman Elizabeth Trudeau said. “We have certainly spoken to our Turkish counterparts on unhelpful rhetoric.”

Despite the timing of the Russia visit, Ankara has insisted that Erdogan’s meeting with Putin is not meant to signal a fundamental shift in Turkish foreign policy.

Turkey hosts American troops and warplanes at its Incirlik Air Base, an important staging area for the U.S.-led fight against Islamic State militants in neighboring Iraq and Syria.

German Foreign Minister Frank-Walter Steinmeier told the Bild daily that he was not worried about Russia and Turkey improving ties.

“I do not believe that relations between the two countries will become so close that Russia can offer Turkey an alternative to the NATO security partnership,” he said.

“I want to express the hope that under your leadership the Turkish people will cope with this problem and that order and constitutional legality will be restored,” he said.

Erdogan’s meeting with Putin was only his second with a foreign head of state since the coup, following a visit to Ankara by the Kazakh president on Friday. Turkish officials have questioned why no Western leader has come to show solidarity.

Turkey and Russia would reinstate their annual bilateral trade target of $100 billion, Erdogan said, which had been abandoned after Russia imposed the sanctions.

Tourism revenue, a mainstay of the Turkish economy, has been hit hard by an 87 percent dive in Russian visitors in the first six months of the year.

Putin said the question of resuming Russian charter flights to Turkey, halted under the sanctions, would be solved in the near future. 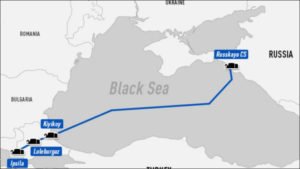 The two leaders said also agreed to revive the gas pipeline project, known as TurkStream, meant to be supply Turkey with additional volumes of Russian gas and increase deliveries to Europe in the future.

Russia has been mulling a number of projects to supply Europe with gas bypassing Ukraine, but the EU has opposed most of them, eager to cut its reliance on gas from Moscow. 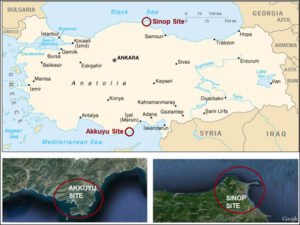 Stalled Russian work on the Akkuyu nuclear power plant in Turkey would also be restarted, the two leaders said. In 2013, Rosatom won a $20 billion contract to build four reactors in what was to become Turkey’s first nuclear plant, but construction was halted after the downing of the jet.

Turkish Justice Minister Bekir Bozdag said on Tuesday 16,000 people have been formally arrested and remanded in custody in connection with last month’s failed coup attempt, while another 6,000 detainees were still being processed. Another 7,668 people were under investigation but were not currently detained, he said in an interview with state-run Anadolu Agency, broadcast live on Turkish television channels.

Turkish President Recep Tayyip Erdogan says the Turkish Stream pipeline is going ahead and will be implemented swiftly. The announcement came after Tuesday’s meeting with Russian President Vladimir Putin in St. Petersburg.

The Turkish Stream project was parked late last year due to the dispute between Moscow and Ankara after Turkey shot down a Russian warplane in Syria. However, with a thaw in relations the project is expected to be given another life.

The pipeline was announced by President Putin in December 2014 during a visit to Turkey. The project was to replace the abandoned South Stream pipeline through Bulgaria.

The two sides also decided to continue with Turkey’s first nuclear power plant at Akkuyu. The agreement to build four 1,200 MW reactors at a total project cost of $20 billion was signed in May 2010.  Before relations between the countries deteriorated, the first reactor was planned to be commissioned in 2022.

President Putin also said Russia intends to resume charter flights to Turkey, as Ankara has provided security guarantees for Russian tourists. “We have considered the possibility of the resumption of charter flights. It’s a mere formality and time,” said Putin.

In February, Russia’s Ambassador to Turkey Andrey Karlov said Turkish exports to Russia fell by two-thirds soon after the jet incident. In November 2015, a Russian pilot died when his military plane was shot down over Syria by a Turkish fighter.

Following the incident, Moscow introduced a package of economic measures against Ankara – a visa regime, travel ban, as well as an embargo on agricultural products and on hiring Turkish nationals. All major projects were also frozen. 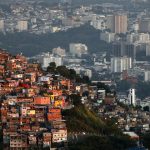