‘Pulling out of İstanbul Convention is permission for violence’ 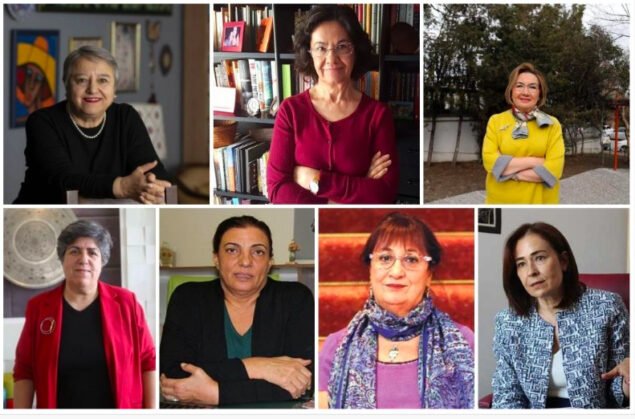 Bianet has spoken with women’s rights defenders about the presidential decree for Turkey’s withdrawal from the İstanbul Convention.

Turkey has withdrawn from the İstanbul Convention on Preventing and Combating Violence Against Women and Domestic Violence with a Presidential Decree issued today (March 20).

The convention was opened for signature on May 11, 2011 and came into force in Turkey on August 1, 2014. Turkey was the first country to approve the convention in its parliament.

Women’s rights advocates have commented on the withdrawal from the convention for bianet:

“They have always supported violence against women”

Canan Arın, the founder of the Mor Çatı Women’s Shelter Foundation: The Constitution is very clear: A convention that is approved by a law can be abolished in the same way. Therefore, the president can’t abolish it by saying “I feel like this.” Secondly, this may have other consequences. The European Union can request the return of the money it gave for this issue.

Moreover, you don’t withdraw by saying “We have withdrawn.” Even if they decide to withdraw in compliance with procedures, they have to notify the Secretariat of the European Union. Until the Secretariat’s decision, [the convention] should be in effect for three months.

“GREVIO will lose the supervision authority”

Feride Acar, the former chair of GREVIO, the independent expert body responsible for monitoring the implementation of the convention: the decision for the withdrawal is a trauma. Including those who vote for the ruling party, the vast majority of society supports the convention.

Very small marginal groups exploited the convention … and the government made concessions to these groups. This situation means a trauma for Turkey in terms of democracy and human rights.

Unlike what some marginal groups say, the İstanbul Convention is neither a convention that causes a moral demise nor a convention that damages the family. On the contrary, it enables higher moral standards and makes the institution of the family stronger. I can’t understand opposing this. The withdrawal decision is permission for violence.

“The harbinger of a snap election”

Nebahat Akkoç, the chair of the Women’s Center Foundation: I think the termination of the İstanbul Convention is the harbinger of a snap election. The women should use their power to achieve a political will that will re-sign and rigorously implement the convention. In this period, no words or actions will be effective.

“A consequence of the one-man regime”

Canan Güllü, the chair of the Federation of Women’s Associations of Turkey: This is a consequence of the one-man regime. They put women on the table of politics. This means “Rape women, beat women, abuse children.”

When the İstanbul Convention was signed, not a single person put an annotation. Abdullah Gül was the president, Recep Tayyip Erdoğan was the prime minister and Ahmet Davutoğlu was the minister of foreign affairs and none of them put an annotation. There was no reaction from the opposition either, it was [signed] by the national will.

It can be discussed whether the president has the authority for the withdrawal but a single person can’t make this country take this country back a hundred years with an overnight decision. He can’t make women a subject of negotiations.

“The Constitutional Court should annul the decree”

Prof. Fatmagül Berktay, a feminist academic: It’s great shame for Turkey. In terms of international law, this is the most advanced convention protecting women against violence. This means “We don’t want a violence-free life for women.” Also, I don’t know which type of law says it can be terminated with a decree.