BERLIN—The editor in chief of Germany’s largest public television network has spent months parrying attacks from viewers and his own oversight board that the network’s reporting on the Ukraine crisis was hostile to Russia.

Lately, Thomas Baumann has found himself facing a different stable of critics. Their charge: An interview with Vladimir Putin broadcast Nov. 16 was so soft that it effectively provided the Russian president with a prime-time propaganda platform.

“The German-Russian relationship continues to move people to very strong emotions,” Mr. Baumann said. “People are asking: Are we sliding back into a past that we long ago thought we had overcome?”

No political debate has so polarized Germans this year as that over the Ukraine crisis and how tough a line Berlin should take against Mr. Putin. The furor shows the treacherous ground German Chancellor Angela Merkel is treading at home as she leads the West’s diplomatic response.

New cracks in Germany emerged this past week.

On Tuesday, Matthias Platzeck, a former leader of the Social Democrats, suggested the West should negotiate with Russia over how to legalize its annexation of Crimea. And Friday, a new poll showed many Germans, especially in the former Communist east, want Europe to lift its economic sanctions against Russia.

German officials insist Mr. Steinmeier and Ms. Merkel, who are in a coalition government, continue to be on the same page and intend to stick to their support for sanctions. If pro-Russian forces in eastern Ukraine mount a significant new offensive, such as to take the port city of Mariupol, Berlin would push for even more economic punishment, they say.

But in parts of the public, discomfort with Ms. Merkel’s tough line runs deep. Rebecca Harms, a German politician, co-chair of the Greens in the European Parliament and a longtime critic of Mr. Putin, said she was taken aback by the skepticism over Germany’s position at a public event in the eastern city of Dresden recently.

“I’m seeing public opinion in Germany drifting apart,” Ms. Harms said. “There is among many Germans, especially in east Germany, the very strong wish for good relations with Russia. Taking sides in favor of a democratic movement takes a back seat.”

The Infratest dimap poll released Friday also highlighted that polarization. In the former East Germany, 38% of eligible voters said sanctions should be relaxed, compared with 23% in the former West.

Many Germans are nervous about Berlin, Brussels and Washington provoking a confrontation with Russia, pollsters say. The reasons include memories of World War II, Russian influence in the former East during the Cold War and anti-Americanism.

Germany’s main public television network, ARD, has been caught in the middle.

The network is financed by fees paid by German households. It is overseen by an outside board of nine non-journalists whose resumes list experience in teaching, nursing, and tax administration.

Board chairman Paul Siebertz, a 66-year-old retired Bavarian banker, says the group undertook a detailed analysis of ARD programming about Ukraine earlier this year after a flood of complaints, the likes of which he hadn’t seen in his seven years on the board.

The conclusion, according to leaked excerpts of board minutes: Some news reports failed to consider the role of the West in causing the crisis, while the format of some shows indicated “anti-Russian tendencies” and focused too much on “the personality of Putin.”

Mr. Siebertz has said the leaked excerpts represented just part of the board’s conclusions, but that he stood by them.

“Of course it is right to criticize Russia, but one must also provide comprehensive reporting,” he said in an interview Friday. “Many people see these political developments with great concern, and so it is very important to thoroughly debate the policies of our country.”

Mr. Baumann, the ARD editor in chief for eight years, disagreed with the board’s perception of anti-Russian bias.

“I can’t see any indications that our coverage is hostile to Putin or hostile to Russia,” Mr. Baumann said. “That is neither the intent nor is there evidence for this.”

The tug of war over ARD’s coverage continues. Critics bashed a reporter for going too easy on Mr. Putin in the recent interview, a 30-minute piece that drew the popular talk show’s highest ratings of the season. The conservative newspaper Die Welt headlined: “ARD Turns Into Putin’s Kremlin TV.”

The same day the interview aired, a media blogger accused the channel’s nightly newscast of misleading viewers by showing Mr. Putin appearing alone at a table at the Group of 20 summit in Australia while actually a waiter blocked the camera’s view of Brazilian President Dilma Rousseff sitting opposite.

In a blog post the next day, a senior ARD editor, Kai Gniffke, responded tongue in cheek. “I almost had the worry that with yesterday’s Putin interview, ARD would come under suspicion for being a Russia apologist,” but the new charge had reassured him that “we are and will remain the secret supporters of NATO, who mislead, falsify, and distort,” he wrote.

MH17 investigation– A scandal in the makingDigest, Malaysia Airlines crash 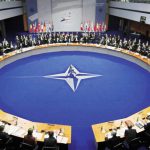