Stephen Cohen, contributing editor at The Nation, visited The Jon Batchelor Show on Tuesday March 24 to discuss the latest developments in the Ukrainian conflict. 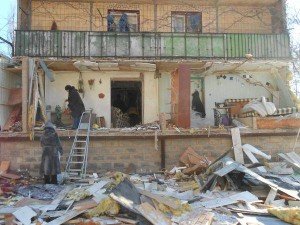 While discussing the nature of the Kiev government, Cohen remarked, “According to Washington…this is a democratic government that represents the Western, democratic, capitalist aspirations of the Ukranian people…In my judgement that is a false characterization of this regime. This regime is corrupt, it is bent on war with Russia, possibly because it knows that only if it can bring the United States and NATO into the war does this regime have a chance at surviving.”

Listen to the interview via a weblink on The Nation website here.* Stephen Cohen in Professor Emeritus in history at Princeton University and New York University and is a contributing editor at The Nation.

* In his introduction to the interview with Stephen Cohen, radio program host Jon Batchelor states very erroneously that the shelling by Ukrainian armed forces in eastern Ukraine has ceased since the ceasefire of February 11/12, 2015. Most decidedly, it has not.–New Cold War.org editors 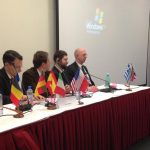 Tempest over the March 22 right-wing forum in St. PetersburgBackground, Russia 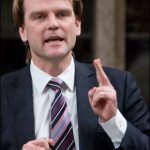