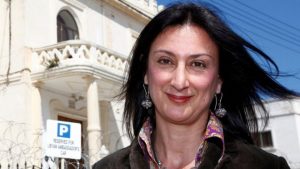 A prominent journalist who played a major role in the Panama Papers case has been killed in Malta. Daphne Caruana Galizia, whose investigative work focused on corruption, was killed when a car bomb blew her vehicle to pieces.

A politician said her death marked the “collapse of the rule of law” in Malta, the smallest in the European Union…

[Malta was a British colony until 1964. It is a member of the NATO military alliance’s Partnership for Peace and receives special military attention from Britain.]

The son of Daphne Caruana Galizia, Malta’s well-known investigative journalist who worked on the Panama Papers exposé, said she was assassinated because of her work exposing corruption.

Caruana Galizia, 53, was killed in a car bomb on Monday, October 16 soon after leaving her home in Mosta, on the north side of the island. The explosion occurred near the village of Bidnija, sending the car off the road and into a nearby field.

Her son, Matthew Caruana Galizia, said she was “assassinated because she stood between the rule of law and those who sought to violate it, like many strong journalists.”

“But she was also targeted because she was the only person doing so,” he said. “This is what happens when the institutions of the state are incapacitated: the last person left standing is often a journalist. Which makes her the first person left dead.” Mr Caruana Galizia was on the International Consortium of Investigative Journalists team that won the Pulitzer Prize for its work on the Panama Papers scandal. He wrote a harrowing account of discovering his mother’s burning car and trying to help her…

Ms Caruana Galizia had worked to expose Malta’s links to offshore tax havens through the leaked Panama Papers. She wrote a twice-weekly column for The Malta Independent since 1996 and wrote a blog, ‘Running Commentary’. She had filed a police report two weeks ago saying she had been receiving threats, authorities told news outlets on Monday…

… Investigators, meanwhile, were looking at similarities with other car bombings in Malta over the last two years — six in all, including Daphne Caruana Galizia’s. None have been solved. 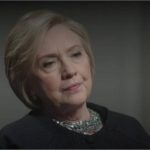 Hillary Clinton unhinged: Julian Assange responds to Clinton’s accusation he is a ‘tool’ of Russian interests and helped to elect Donald TrumpMultipolarity 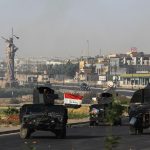