Profiteering from vaccine inequity: a crime against humanity? 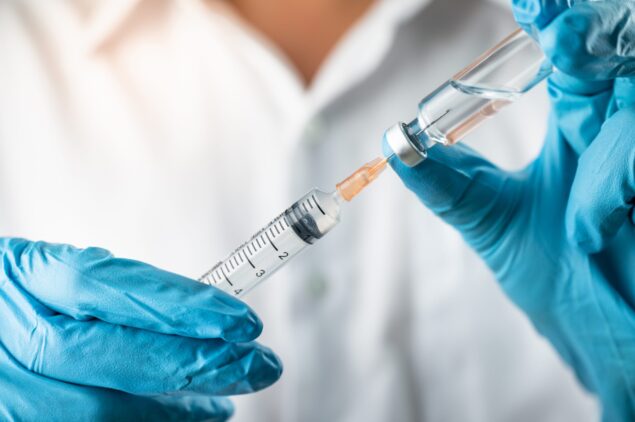 A paper recently published by the prestigious BMJ says that companies and rich nations are creating a deadly covid-19 vaccine “protection racket.”

Early in the pandemic, Pfizer announced an intention to profit from its covid-19 vaccine.1 In the first three months of 2021, Pfizer’s vaccine brought in $3.5bn (£2.5bn; €3bn) in revenue and hundreds of millions in profit.2 Other companies are also making exceptional profits from covid-19. Moderna, which received public funding to develop its covid-19 vaccine, will earn several billion dollars from vaccine sales.3 Even Astra Zeneca, with its acclaimed “non-profit” model, will receive billions in revenue and is free to raise the price once itconsiders the pandemic to be over.45

But the rich world is refusing to share vaccines with poorer countries speedily or equitably. Whereas 60% of the population in the UK is fully vaccinated, in Uganda it is only 1%.6 The 50 least wealthy nations, home to 20% of the world’s population, have received just 2% of all vaccine doses.8 The rich world should be ashamed.

The World Health Organization wants rich nations to halt booster vaccination and instead send doses to less wealthy nations7—yet Pfizer is expecting rich nations to ignore WHO and recommend boosters, helping to increase its expected revenues to $33.5bn.8

Pandemic profiteering is, in our view, a human rights violation that demands investigation and scrutiny. The Universal Declaration of Human Rights states that everyone has the right “to share in scientific advancement and its benefits.”9 Such advancement led to accelerated development of effective covid-19 vaccines, with public funding, that lower the chances of severe illness and death.10

Vaccine preventable deaths and illness are occurring across Africa, Asia, and Latin America at an unprecedented speed and scale. These continents are being outmanoeuvred by rich nations flexing their market power. Let us be clear what is causing these deaths: a free market, profit driven enterprise based on patent and intellectual property protection, combined with a lack of political will. Contrary to claims, it is possible to make enough vaccines for the world.11

Vaccine manufacturers and their chief executives, accountable only to their boards, have worked with a group of powerful leaders to amass doses.12 By September 2020, around 30 rich nations—those able to pay high vaccine prices—had cleared the world’s shelves of doses through advanced purchase orders,13leading to vaccine apartheid.14 Canada purchased enough doses to vaccinate its citizens five times over.15 The UK procured enough doses for four times its population. By the end of 2021, rich nations will be sitting on one billion unused doses,16 even though some poorer countries have not yet received the vaccines that they have paid for. WHO’s director general, Tedros Adhanom Ghebreyesus, called global vaccine inequity “grotesque,” a recipe for seeding viral variants capable of escaping vaccines, and a “moral outrage.”17

But perhaps calling it a moral outrage isn’t enough? Where is the redress for decisions that deny intellectual property waivers and withhold manufacturing knowledge––decisions that lead to hundreds of thousands of premature deaths in disadvantaged countries?

Some vaccine-rich countries are now destroying excess, unused doses.18 And some have imposed export bans and restrictions to protect their stockpiles. Ironically, vaccine companies prevent poorer countries from insisting on similar measures.19

To try to prevent such hoarding, a global vaccine sharing mechanism called Covax was launched last year. Designed as a “global powerhouse,” Covax aimed to buy enough doses to vaccinate at least 20% of people in 92 poorer countries by the end of 2021. 20 It is way off target.21 Rich nations pushed Covax to the back of the queue of buyers, and it has struggled with procurement, delivering just 163 million doses, far short of the billions of doses needed.22 Disappointingly, the G7 agreed to donate less than 8% of the required doses to Covax.23

The governments of India and South Africa are leading a proposal to temporarily waive intellectual property protection on covid-19 technologies, backed by over 100 countries.22 But vaccine manufacturers and many rich countries are working tirelessly to block waiver discussions at the World Trade Organization, which itself is acting sluggishly.24 Oxfam has accused the G20 rich nations of putting relations with pharmaceutical companies ahead of ending the pandemic.25

Knowledge must be shared

In May 2020, WHO launched the Covid-19 Technology Access Pool (C-TAP), calling on vaccine developers to share vaccine know-how through pooling and voluntary licensing agreements in a pandemic. In June 2021, WHO announced that it was working with a consortium of South African vaccine companies, universities, and the Africa Centres for Disease Control and Prevention to establish its first covid mRNA vaccine hub. But no major company with a WHO approved vaccine has shared technology with C-TAP or the WHO hub. Most governments are reluctant to make it compulsory to share such knowledge.26 There was some hope that Oxford University’s vaccine, developed through public funding, would be made open source, but the rights are assigned exclusively to AstraZeneca,27which has not been fully transparent about its pricing and other sub-licensing terms.28

Amid the worst pandemic in 100 years, instead of a freely available public good, vaccines remain a commodity owned by companies and sold to the rich. Instead of hoarding one billion “excess” doses this year, rich nations could give them to Covax.29 While such “charitable donations” are a first step, they are not enough. Donations are a vestige of colonial injustice and reparations are long overdue.30The current “trickle down” colonial charity model has failed.24

The only sustainable way forward is to globalise manufacturing so that disadvantaged countries no longer rely entirely on charity. This was achieved with the AIDS crisis, but only after many years and many more deaths. Poorer countries require relaxation of intellectual property rights, technology transfer, and support to rapidly establish regional vaccine manufacturing hubs.31 Africa, Asia, and Latin America are perfectly capable of producing vaccines, and to claim otherwise is a misleading argument.31

Surprisingly, some richer nations—for example, in east Asia—are also short of vaccine supplies because they prioritised strict containment strategies to save lives over aggressive vaccine procurement.33 Their pandemic strategies are now hanging by a thread, at the whim of big pharma and popularity politics in the West.

Ultimately, those who refuse to waive patents and share knowledge will only damage their own long term interests because corporate and political entities in China, India, and Russia are already beginning to fill the void.34

Covid-19 global vaccine allocation is based on power, first mover advantage, and the ability to pay. This moral scandal, enabled by corporate and political permission of mass death, is tantamount to a crime against humanity. Yet we too are complicit by our silence. Why are workers and shareholders at vaccine companies not speaking out? Where are the academics clamouring to make the “fruits of the scientific enterprise” available to all? Where are the lawyers demanding global justice and corporate accountability? Which leaders of rich nations are pressuring vaccine companies to make their people safe by making the world safe? Where is the grassroots mobilisation of scientists and health workers to fight for fair access to vaccines?

Global vaccine inequity is toppling all our successes in rapid vaccine development and is needlessly prolonging the pandemic. Ongoing inequity is a direct consequence of commercial greed and political self-interest. Under the cover of serving humanity, and with a blind eye turned towards the innumerable deaths in disadvantaged nations, corporations aided by their political allies are once more doing what they do best: making a killing.35

This article is made freely available for use in accordance with BMJ’s website terms and conditions for the duration of the covid-19 pandemic or until otherwise determined by BMJ. You may use, download and print the article for any lawful, non-commercial purpose (including text and data mining) provided that all copyright notices and trade marks are retained.

All articles and resources listed at https://bmj.com/coronavirus are freely available for the duration of the covid-19 pandemic or until otherwise determined by BMJ. They may be downloaded or printed for any lawful, non-commercial purpose (including text and data mining) provided that all copyright notices and trade marks are retained.