Presidential elections in Venezuela: did Maduro negotiate with Guaidó? 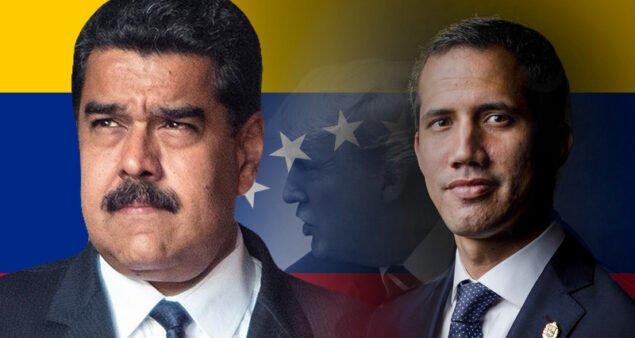 This article provides a detailed explanation of what has been happening recently in Venezuelan politics, but there is even more and very important information to add: Maduro has announced that while he is of course willing to sit down and talk with Guaido, he has also set down some conditions for that talk. These are set out below, before the article.

Only once Guaido has complied with all these conditions may he sit down and talk with Maduro:

Maduro stated all this publicly and the speech he made confirming these conditions can be seen here (Spanish).
However, it is highly unlikely that Guaido will agree to President Maduro’s conditions because to do so would require him to incriminate himself.
Being corralled into a corner, there is a strong likelihood that he will attempt to flee the country with his associates across the border with Colombia. This would be disappointing for the Venezuelan people, as they are demanding that he be bought to justice. He is much despised – even by the opposition.
In Venezuela there is palpable anger, indignation, at Guaido and the people are furious to think there will be impunity after all he has made the population suffer with the economic blockade. Conversely, should Maduro sit down with Guaido, he would find himself facing a serious rebellion in his own ranks.
Overall and with the regional and municipal elections of November, this could be an excellent turn of events, and the light can be seen at the end of the tunnel.

Venezuela has experienced a political paradox on January 23, 2019. The then Member of Parliament, Juan Guaidó, proclaimed himself, in a plaza in the east of Caracas, “president in charge” of the Caribbean country, and gradually began to receive the support of the International Community, read from the Trump Administration, and other countries that gravitate in the imperialist orbit. In this way, Venezuela had – for a good part of the countries of the North – a president tailored to the interests of the international arena, but with no real impact in the domestic sphere, since, there, in the territory classic pillars that define the State, together with the population and the government, a President elected by the citizen vote was in full charge: Nicolás Maduro.

Guaidó had managed to circumvent several corruption scandals for the handling of capital that the United States illegally confiscated from Venezuela, but allowed the opposition to use it permissively. But the fate of Guaidó began to change when, in November 2020, Donald Trump lost the electoral contest against Joe Biden. The leader of the Democratic Party moved to the White House, on January 20, 2021, and, only three months later, Guaidó is forced to sit down and negotiate with Maduro, something he had always refused to do, since counting on American support did nothing but demand the resignation of the Constitutional President and leader of the Bolivarian Revolution.

Even weeks before Biden assumed the reins of the White House, on January 6, 2021, the first dark clouds had already begun to cover Guaidó’s political sky: the High Representative for Foreign Affairs of the European Union (EU), Josep Borrell, announced that the EU had stopped recognizing him as “interim president” of Venezuela. This is a direct consequence of the establishment of a new National Assembly, since the main reason why the European Union had recognized Guaidó as interim president was that he was the president of the Venezuelan parliament (2015-2020).

Thus, we come to May 12, 2021, the date on which the opposition leader protected by the United States, through a recorded video, stated: “Venezuela needs a national salvation agreement, an agreement that must arise from a negotiation process between the legitimate democratic forces (the opposition), the actors that support the regime (of Nicolás Maduro), the international community, and, especially, the international powers”. In addition, Guaidó placed on the negotiating table the lifting of unilateral coercive measures (sanctions) that the United States maintains against Venezuela. Measures which Guaidó himself had requested in addition to Washington’s financial economic blockade of Caracas.

So, in 2021: Will there be presidential elections in Venezuela?

Yes, there will be elections in Venezuela this year. They will tentatively take place during the month of November 2021. However, we are not referring to presidential elections, but regional ones, that is, the Venezuelan people will once again attend the polls to elect: Governors, mayors, municipal councilors and state. This will be the 26th election in the last 20 years of the Bolivarian Revolution. As President Maduro would say, before the appointment of new rectors of the National Electoral Council (CNE): Venezuela breaks “World Record” in number of elections. A characteristic that none “western democracies” have.

It’s important to mention that the next regional elections in Venezuela are not a consequence of this possible new negotiation space that Guaidó tries to force, under his conditions (much more lax than the first demands); Rather, when the Government of Nicolás Maduro regained its majority in Congress, in December 2020, the territorial elections were already looming on the future horizon of 2021.

“In a pre-electoral climate that, in the international arena, seems to continue opening paths towards the relaxation of the coercive measures unilaterally imposed on Venezuela; Community Governments as a pure expression of union and popular organization from the grassroots, can play a very important role in revitalizing and sustaining the social, local, regional and national structure of the Bolivarian Revolution. Hence, President Nicolás Maduro’s proposal to replicate the successful experience of the Miranda Community Governments in the rest of the Venezuelan states (the country is made up of 23 states and a Capital District, Caracas) is both strategic and necessary as unequivocal manifestation of the voice of the people, but also as a machinery of the Chavista political bloc with objectives that go beyond the electoral field, which can guarantee the continuity of the Bolivarian Revolution.”

Did Maduro negotiate with Guaidó?

The nature of politics is negotiation, but leaving that detail aside, we will insist on the following facts:

1. Maduro and Guaidó are not – right now – talking about the same elections: the former refers to regional elections, and the latter aims to reach a presidential election, in a negotiation process coordinated only by allies of the opposition leader. Currently, one of the few mistakes that Guaidó has acknowledged is that he has participated, both with opposition and ruling party actors, in “failed negotiation processes”. He says “having learned in that journey” and “being ready to take the next step to increase pressure against the regime.”

2. Negotiations with the opposition have existed practically since Maduro assumed power (2013), since the anti-Chavista opposition, then headed by Henrique Capriles, never recognized the victory of Nicolás Maduro. It is worth remembering that, in February 2014, the 1st. National Conference for Peace, in which the following participated, among others: Capriles himself, Henry Ramos Allup, Ramón Muchacho, the former Attorney General of Venezuela, Luisa Ortega Díaz.

3. Finally, the President of the Bolivarian Republic of Venezuela, Nicolás Maduro Moro, has not negotiated anything with the increasingly delegitimized leader of the opposition, Juan Guaidó. What he has done is, first, invite him to join the negotiation table already underway between the ruling party and the opposition. Later the Venezuelan Head of State and Government agreed “to enter a dialogue. In addition, he reflected:

“Now Guaidó wants to sit down and talk to me, what trap will he bring up? Did they give you the order from the North? (…) Well, I agree, with the help of the European Union, Norway, the Contact Group… whenever they want, where they want, however they want, I am ready to meet with all the opposition.”

We live in times of high sophistication of politics. We are living in a time of liquid occurrence, and we can’t be sure of almost anything, but what we can be certain of is that the Venezuelan people and the Bolivarian Government have not resisted so much injustice in vain. The destiny of the Bolivarian Revolution, without a doubt, will not be defined in a table of dialogues, but in the struggle of the grassroots for justice, equality, equity, and social inclusion.

Micaela Ovelar is a political scientist and international adviser, Argentine-Venezuelan scholar, feminist and social activist. Micaela has a B.A. in Political Science, a Masters in International Relations; with studies in issues of gender, government, democracy, and the state. She was the international relations adviser of president Hugo Chavez and has worked with the Venezuelan government for the last 15 years.She is also an independent journalist, producer, and in Film & TV Direction from EMPA (Venezuela). She was a producer and commentator at Radio Alba Ciudad (Caracas). Micaela worked as translator and transcriptionist on “South of the Border” by Oliver Stone, archival research on “Silvio Rodríguez. My first calling” by Catherine Murphy, and as a journalist for “Correo del Alba.” (Bolivia-Venezuela).