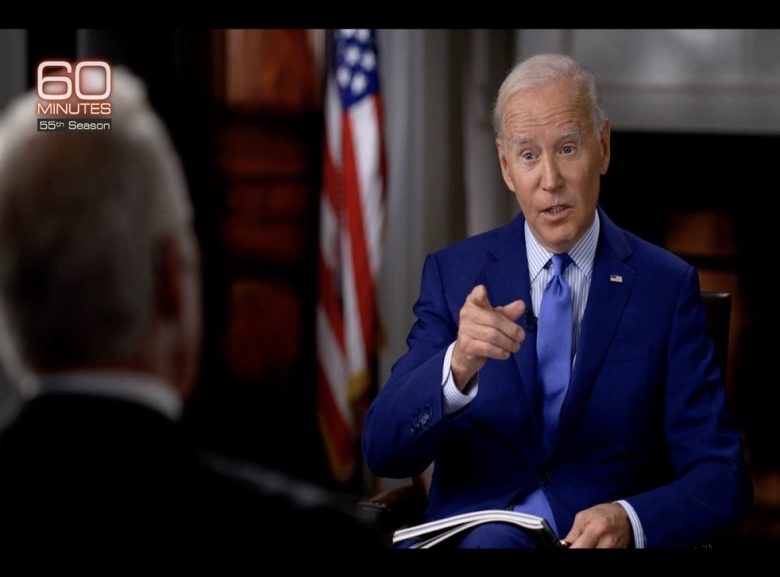 President Biden was interviewed by Scott Pelley on October 18, on the CBS’s Sixty Minutes programme. During the interview, there was a significant exchange between the two men regarding the policy of the U.S. regarding Taiwan: “What should Chinese President Xi know about your commitment to Taiwan?” asks Pelley, to which Biden replies, “We agree with what we signed onto a long time ago. And that there’s one China policy, and Taiwan makes their own judgments about their independence. We are not moving– we’re not encouraging their being independent. We’re not– that– that’s their decision.” But Pelley decides to press Biden further: “But would U.S. Forces defend the island?” “Yes,” replies Biden, “if in fact there was an unprecedented attack.” Even though, following the interview a White House official explains that U.S. policy has not changed–Officially, the U.S. will not say whether American forces would defend Taiwan–clearly, the commander-in-chief clearly has a very different opinion. When Pelley asks the President, “So unlike Ukraine, to be clear, sir, U.S. Forces, U.S. men and women would defend Taiwan in the event of a Chinese invasion?” President Biden replies, “Yes.” Michael Klare analyzes what this “yes” from Biden could mean for the future of US and China relations and the prospect of war between the two countries.
__________________________

For all practical purposes, President Biden scuttled the long-term U.S. policy of “strategic ambiguity” regarding the defense of Taiwan from a hypothetical Chinese invasion by saying “yes” on CBS’s “Sixty Minutes” when asked, “to be clear, sir, U.S. forces—U.S. men and women—would defend Taiwan in the event of a Chinese invasion?”

Historically, U.S. policy on this question has been guided by the Taiwan Relations Act (TRA) of 1979, which states that any attempt by a hostile power to alter Taiwan’s political status by force would be considered a matter “of grave concern to the United States,” but not one automatically requiring a U.S. military response.

This precept, widely described as “strategic ambiguity,” has helped keep the peace for forty years by creating uncertainty in the minds of independence-minded Taiwanese leaders as to whether they would be assured of U.S. support if they were to move in that direction and China invaded, and uncertainty in the minds of Chinese leaders as to whether the U.S. would intervene if they were to invade in such a situation.

There have been calls among “China hawks” in Congress and the foreign policy community for the abandonment of strategic ambiguity and its replacement with an unambiguous policy of automatic U.S. military intervention, but the White House, until now, has insisted that there has been no change in U.S. policy. Now, with his Sept. 18 comments on Sixty Minutes, Biden seems to have indicated that strategic ambiguity has perished as official policy and that U.S. intervention in the case of a Chinese intervention is all but guaranteed.

Needless to say, Biden’s comments provoked an angry response from Chinese officials. “China has lodged ‘stern representations’ with the United States following the president’s remarks, a Foreign Ministry spokesperson declared on Sept. 19. Taiwan, said Foreign Ministry spokesperson Mao Ning, is part of China, and Beijing reserves the right to take all necessary measures in response to activities that split the nation apart. “We are willing to do our best to strive for peaceful reunification. At the same time, we will not tolerate any activities aimed at secession,” Mao said.

Biden’s comments will no doubt be welcomed by those in Taiwan who seek a firm guaranty of U.S. military aid in the event they move towards formal independence and the Chinese take military action to prevent what Mao described as “secession.” But, to be sure, Biden’s remarks will also cause alarm among those in Beijing who fear a Taiwanese move of just this sort, and so could increase the likelihood of a precipitous Chinese military move. And that, if accompanied by U.S. military intervention, could easily result in a regional war of potentially catastrophic—even nuclear—proportions.

No matter how hard apparatchiks in the White House try to walk back Biden’s comments, it is clear that a watershed has been crossed and that U.S. policy now assumes direct intervention in any China-Taiwan conflict. Given the potentially disastrous outcome of such an encounter, it is essential that U.S. and Chinese officials focus now on conflict avoidance and crisis management measures, lest our worst nightmares come to pass. 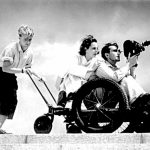 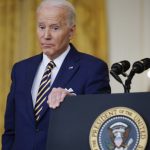