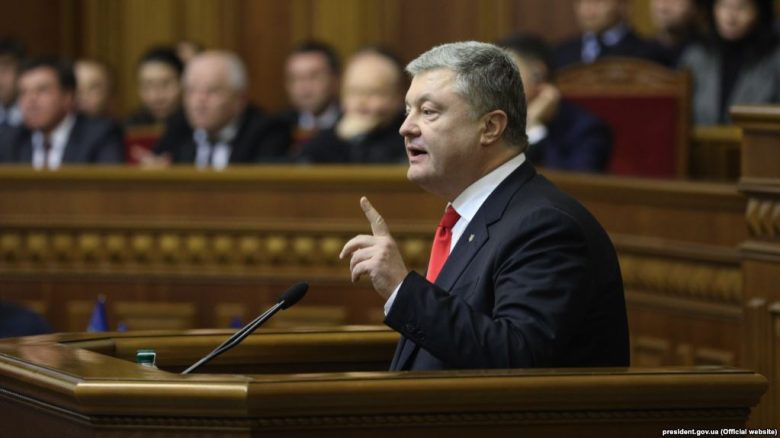 This piece looks at the likeliest priorities of the interested actors in the wake of the Kerch Strait incident.

The sharp but almost bloodless clash between Ukrainian naval forces consisting of two armored gunboats and a tug, and Russian maritime border guards has naturally acquired significance well in excess of the actual magnitude of the incident. It is proving to be a “reality check” showing the current priorities of each of the interested actors.

Given that the Ukrainian vessels did their utmost, short of opening fire, to provoke a Russian response by blocking the Crimea Bridge waterway with their erratic maneuvering, they were in all likelihood operating on orders emanating from the very top. Poroshenko’s alacrity at seizing the moment and issuing a decree on the martial law in Ukraine also indicates the events did not exactly take him by surprise. Given that presidential elections are currently scheduled for March 2019 and Poroshenko’s popularity is in single digits, postponing the elections indefinitely would naturally be the best outcome from his perspective.

That perspective does not appear to be shared by the rest of Ukraine’s oligarchy, for the Rada approved only a very short, one-month, martial law, and limited only to those parts of Ukraine with a high proportion of Russian speakers with a pro-Russia outlook, such as the Odessa region. This will allow to practically exclude these provinces from the participation in the elections, thus undermining the Opposition Block without promising to put Poroshenko over the top. The martial law may also be used to expropriate oligarchs with assets in the affected regions, which is only to be expected under the conditions of ever-sharper competition over Ukraine’s shrinking economic pie.

Since the Rada martial law does not give Poroshenko what he wanted, it creates an incentive to attempt a larger-scale provocation, including a full-scale military assault against the Donbass that would have the intended effect on the Rada and, more importantly, on Poroshenko’s “foreign partners”. The problem with that scenario is that the Ukrainian forces would suffer tremendous casualties comparable to the fighting in 2014 and 2015. Are Ukrainian officers and soldiers willing to die to preserve Poroshenko’s presidency? That appears rather unlikely.

This may in turn explain why the November 27, 2018 edition of Uryadovy Kuryer which publishes all public legal acts, ran not the Rada version of limited martial law but Poroshenko’s initial decree which is contradiction of Ukraine’s legal practices, thus setting up a potential constitutional crisis. While Poroshenko will cling to power to the last, it’s rather more likely there will be large-scale bloodshed in Kiev than on the Donbass.

While Nikki Haley ran through the usual litany of grievances against Russia, Donald Trump only called on “both sides” to refrain from further provocations, which was greeted with dismay by America’s professional Russiagaters. The biggest problem, from their perspective, is the upcoming Argentina G-20 summit where Putin and Trump are scheduled to meet. Indeed, both sides affirmed the preparations for the meeting are continuing in spite of the Kerch incident. It still remains to be seen whether the meeting will be held. However, this being already the late 2018, Trump is running out of time to make his hoped for diplomatic breakthrough with Russia which needs to happen before his re-election bid begins in 2020. The expected second wave of “Skripal sanctions” has not materialized in November of 2018, as originally planned, and the Kerch Incident so far has not given it an additional impetus, either.

Again, there was nothing but a standard list of grievances and calls to respect Ukraine’s sovereignty, but without any substantive action being proposed.  European “demands” included re-opening the Kerch Strait to international shipping, which was an easy one for Russia to “meet” since that was not the intent in the first place, though it will likely take longer to return Ukrainian vessels and crews to Ukraine. About the most hostile European reaction came from the captain of HMS Duncan, a Royal Navy destroyer in the Black Sea who boasted his 48 missiles supposedly could have easily taken down the 17 Russian aircraft his radars detected. But that was more than outweighed by the EU’s suspension of consultations with Ukraine on gas transit following the announcement of martial law. It would appear that EU is also tired of the hapless and corrupt Poroshenko regime.

The incident has shown Poroshenko has become a very isolated figure both within and outside of Ukraine. He lacks a domestic power base and, more importantly, his international support has waned. Europe, in particular, seems tired of the conflict with Russia and is thoroughly disillusioned with Ukraine, but predictably wants to preserve face, possibly with the help of Yulia Tymoshenko who has not burned nearly as many bridges with Russia as Poroshenko did.  For the United States, the conflict with Russia is a distraction with the far more important one with China, thus improving relations  with Putin is essential.

Still, it has only been a few days since the Kerch incident, and the anti-Russia factions in the US and EU were caught by surprise by the incident which indicates it was planned entirely in Kiev. There is still time for them to mount a counteroffensive by forcing through more sanctions and engage in other chicaneries. In 2014 and subsequent years, that would have been the inevitable outcome. But it’s not the same world anymore in late 2018.