The Polish Defense Minister says he is thinking of asking NATO to allow nuclear weapons to be deployed on its territory. The alliance’s program allows non-nuclear countries to borrow U.S. missiles. However, such a move would unlikely be taken kindly by Russia. 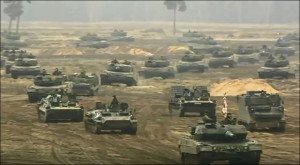 Defense Minister Tomasz Szatkowski made the statement on Saturday during an interview with the Polish broadcaster Polsat, as cited by AP.  He says that the ministry is contemplating whether to ask for access to the nuclear sharing program, which would allow Warsaw to boost its defenses.

This is the first time that a Polish official has made a statement of intent about wanting to host nuclear weapons on its soil.

The Polish Defense Ministry has issued a statement that Warsaw has not asked and is not looking to house NATO nuclear weapons on its territory, according to RIA. However, if the plan does go ahead, it is likely to produce a fierce rebuke from Moscow. Russian President Vladimir Putin said in June that if NATO threatens Russia, Moscow will respond to the threat accordingly. 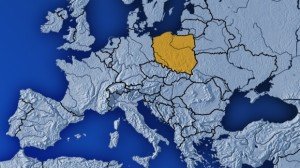 “If someone threatens our territories, it means that we will have to aim our armed forces accordingly at the territories from where the threat is coming. How else could it be? It is NATO that approaching our borders, it’s not like we are moving anywhere,” he said.

Poland has been one of NATO’s staunchest allies since joining the alliance in 1999. It has also been keen to establish further links and in September Poland’s parliament gave the green light to President Andrzej Duda to ratify a technical agreement on establishing a U.S. anti-missile base in Redzikowo. Under the NATO-backed plan, the facility should be operational by 2018.

The agreement in question is a part of a much-debated NATO-backed plan that was first agreed on by the U.S. and Poland in 2008. At that time, it was claimed that the base was necessary to counter the risk of a possible missile attack from Iran or North Korea. In July of this year, an agreement was reached between NATO countries and Tehran about Iran’s nuclear power ambitions.

“We all probably remember that in April 2009 in Prague [U.S.] President [Barack] Obama said that if the Iran nuclear program issue is sorted out, then the task of creating the European segment of the missile defense system would disappear,” Russia’s foreign minister, Sergey Lavrov, said adding that Washington’s missile defense plans had no justification anymore.

After winning the Polish presidential election in May, one of Duda’s first moves was to call for more NATO troops to be stationed in the country. “We do not want to be the buffer zone. We want to be the real eastern flank of the alliance … Today, when we look at the dispersion of bases… the borderline is Germany,” the conservative Polish President told The Financial Times in August.

“NATO has not yet taken note of the shift of Poland from the east to the west. NATO is supposed to be here to protect the alliance… If Poland and other central European countries constitute the real flank of NATO, then it seems natural to me, a logical conclusion, that bases should be placed in those countries,” he added.

‘NATO on the borderlines’, video on BuzzKill with video footage of January 2015 NATO military exercises in Poland and music by Rob Bailey and Hustle Standard, What I Live For’ 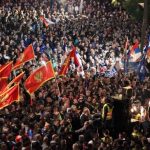 Why is America in NATO?, or, Adding Montenegro as another meaningless Facebook friendEurope - East 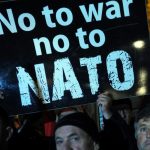