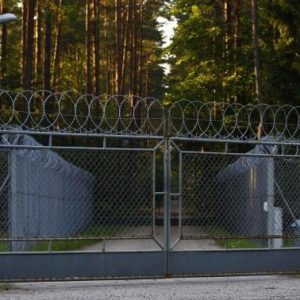 A barbed wire fence surrounding a military area is pictured in the forest in Stare Kiejkuty village in northeastern Poland, in this August 16, 2013 file photo. The CIA ran a secret jail on Polish soil, the European Court of Human Rights ruled on July 24, 2014, a decision that puts pressure on the United States and its allies to reveal the truth about the global programme for detaining al Qaeda suspects. REUTERS/Kacper Pempel/Files