The number of Ukrainians trying to move to neighboring Poland has more than doubled this year, authorities said Tuesday, as Ukraine released data showing how badly fighting in its east was battering its economy. Ukrainian citizens filed 9,579 applications for temporary residence in Poland from Jan. 1 to March 23, already more than twice the 4,753 registered in the first four months of 2014, the state office for foreigners said.

“We have a difficult situation in Ukraine and a military conflict in the east, so one may expect a further inflow of Ukrainians into Poland,” said the office’s spokeswoman Ewa Piechota.

Ukrainian Finance Minister Natalya Yaresko said on Tuesday the country’s economy was likely to contract 7-10 percent in the first quarter of 2015 due to the financial toll of the conflict.

Ukrainians already make up a quarter of all foreigners residing in Poland. The Polish office for foreigners said 42,000 were currently legally registered.

Polish Deputy Prime Minister Janusz Piechocinski said in March that Ukraine’s economy was starting to disintegrate, creating a risk of hundreds of thousands of immigrants flowing into Poland.

From the introduction:
Although Poland has been and still remains a net emigration country, its migration status is changing, and the transformation process into an emigration-immigration country is (slowly but steadily) becoming noticeable (see Górny et al. 2010). The size of the foreign popu lation in Poland is still relatively small in comparison with other countries in Europe ; it constitutes less than two percent of the resident population. Moreover, immigration has had a predominantly temporary and circular character (as opposed to settleme nt migration). The major groups of migrants come from eastern neighbouring countries. Among these, Ukrainians dominate in all statistics related to the entry, stay and work of foreigners in Poland. 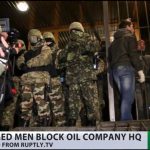 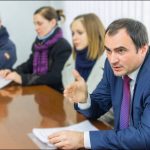 Interview with trade union leader: ‘The full extent of the economic abyss in Ukraine is hidden’Background, Feature Articles, Ukraine