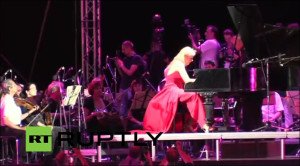 Valentina Lisitsa in concert in Donetsk on June 22, 2015

This evening, the world-renowned American pianist of Ukrainian birth and upbringing, Valentina Lisitsa, performed an outdoor concert at Lenin Komsomol Park in the city of Donetsk. The concert was dedicated to the 73rd anniversary of the start of the Great Patriotic War.

Lisitsa and the Academic Symphony Orchestra performed Shostakovich’s Symphony No. 5, Rachmaninoff’s Piano Concerto No. 2 and Prokofiev’s Piano Sonata No. 7. Donetsk is the home city of iconic Russian composer Sergei Prokoviev. 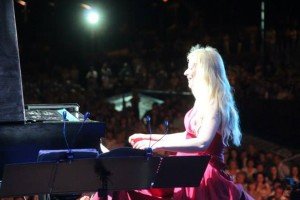 The concert is broadcast on Ruptly TV. The brief introduction to Valentina Lisitsa and her performances begin at the 46 minute mark. She played for app. 75 minutes.

Enclosed is a news article reporting on the concert.

Two months ago, Valentina Lisitsa made international headlines when two concerts she was to perform with the Toronto Symphony Orchestra were abruptly cancelled by the orchestra management because it did not like her outspoken opposition to the war in eastern Ukraine. Earlier this month, two planned concerts with the Calgary Philharmonic Orchestra went ahead as planned and were very favorably reviewed.

Lisitsa was interviewed on RT.com’s In The Now for six minutes just before her June 22 performance in Donetsk. She speaks of her observations since arriving in eastern Ukraine. “Nothing could possibly prepare me for the destruction that I have seen with my own eyes.” She also says she is “stunned” to see the solidarity and determination of the people in Donetsk. They are getting on with their lives despite the war being imposed upon them. Watch the interview here.

Valentina Lisitsa, the world-famous Ukrainian-born American classical pianist who has faced censure over her strong opposition to Kiev’s war in Donbas, gave a concert Monday evening in Donetsk, dedicated to the 74th anniversary of the start of the Great Patriotic War.

The concert was held at Lenin Komsomol park in Donetsk.

Earlier this month, Lisitsa told Radio Sputnik that she was very happy to play at the open air concert, because she knows “how much interest and thirst for classical music and for music in general there is among Donbass residents, and I’m very excited to go there.”

Asked about whose composers’ works she was planning to play this evening, Lisitsa said it would be “very symbolic to perform Prokofiev, because he is from the region”.

He was a composer whose roots are in the Donbas region, she said, and his music was inspired and influenced by his homeland.

Listisa said she planned to play pieces by composers including Tchaikovsky, Rachmaninoff, Beethoven and Bach. “Their pieces…unite all of us – making us feel like one close family.”

Remarks by Valentina Lisitsa to concert audience in Donetsk, June 22, 2015

I just want to say a few words. These words are the words of extreme gratitude that I have to express to you. For me, this day is one of the most important days of my life. For me, it’s a great honour to play for you, dear citizens of Donetsk.

Today, on this significant day, we will enjoy our beautiful music. Music is our spiritual heritage and our language and faith too. They deserve to fight for them. It’s our history that nobody can take away from us, no one can rewrite it.

Seventy years have passed since the time when we had to fight fascism and now we have the same mission, to defend again Europe and humanity from the brown plague that is lifting its head again. Standing up on the frontline, you are again defending the world and humanity. Thanks so much to all of you. I am extremely grateful, tears in my eyes, to be present with you today.

Thank you, dear citizens of Donetsk, thank you to all of you. 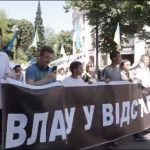 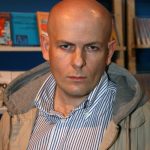 Arrests in Ukraine over the murder of journalist Oles BuzinaDigest, Roger Annis, Ukraine