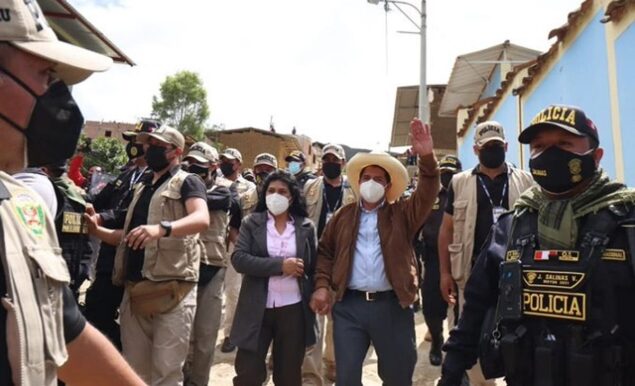 Keiko Fujimori does not accept her defeat. She filed a lawsuit against electoral authorities and requested a computer audit of the digitalized electoral records.

Peru’s Armed Forces on Monday stated their respect for the constitutional order and disassociated themselves from versions of a coup d’état in this South American country, which is still awaiting the official declaration of Free Peru candidate Pedro Castillo as the winner of the June 6 presidential elections.

“We regret the political use of the Armed Forces because this not only undermines their institutionality but also generates alarm, anxiety, and division at a time when the country requires unity and calm,” the Defense Ministry said.

The statement pointed out that the Armed Forces had “an exemplary role” in the elections guaranteeing the free exercise of the right to vote and protecting electoral officials. “Their mission in this electoral process has been fulfilled.”

Furthermore, the Armed Forces stressed that they are institutions respectful of the constitutional order that are not deliberative.

🇵🇪 Pedro Castillo won the 2nd round presidential elections, but his adversary has refused to concede. Many fear that tensions could escalate with the help of Peru’s loyal right and the newly appointed US ambassador.
📝@JoseCarlosLler3 @vijayprashad
#Peruhttps://t.co/54dGCBcdOs

Despite the above, the far-right politician does not accept her defeat. This week, she filed a lawsuit against the National Jury of Elections (JNE) and requested a computer audit of the digitalized electoral records, which could further extend the official declaration of a winner.

Previously, Fujimori also filed over 800 lawsuits to annul 200,000 votes in favor of the leftist candidate Castillo. Most of these claims, however, were rejected by the electoral juries because they were presented after the legal deadline and did not have consistent evidence of fraud at the polling stations. 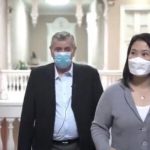 The coup that is taking place in PeruPeru, Peru presidential elections 2021, Vijay Prashad 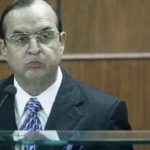