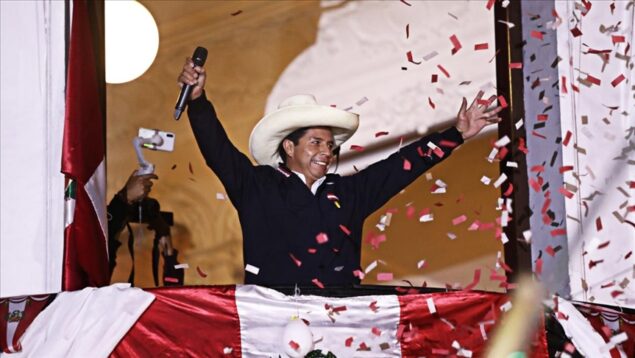 Pedro Castillo, of the Peru Libre party, won the June 6 run-off election with 50.12 percent of the votes, while Fujimori received 49.87 percent of the votes. However, Castillo’s victory was not recognized by the organization led by Keiko, daughter of former president Alberto Fujimori, and presented a number of challenges that were ultimately all dismissed.

Peru’s National Jury of Elections (JNE) has finally proclaimed the next president following the conclusion of a lengthy process of challenges filed by Keiko Fujimori’s right-wing Popular Force party will be progressive trade unionist and teacher Pedro Castillo who will assume office on July 28.

Pedro Castillo, of the Peru Libre party, won the June 6 run-off election with 50.12 percent of the votes, while Fujimori received 49.87 percent of the votes. However, Castillo’s victory was not recognized by the organization led by Keiko, daughter of former president Alberto Fujimori, and presented a number of challenges that were ultimately all dismissed. Fuerza Popular presented 270 challenges of voting records, which were reviewed and rejected by the JNE.

Alexandra Marallano, advisor to the presidency of the JNE indicated that the electoral process has culminated after all roads of challenges had been exhausted and the general act of proclamation had been approved.

“There will be a resolution of closing of the electoral process that says who are the winners and the composition of the new government”, Marallano said.

Castillo, meanwhile, published Sunday night on Twitter a message in which he thanked his supporters, who carried out mobilizations to demand the JNE the immediate proclamation as president-elect of the elementary school teacher.

“Thank you beloved Peruvian people for going out again to the streets to demand to the JNE our immediate proclamation as president of the Republic. The organized people will not allow any more mockery of their will. Nothing will prevent us from crowning this historic and democratic popular triumph,” said Castillo.

Pedro Castillo has already been working on  his first ministerial cabinet and is trying not to deepen tensions among the three groups he considers for his team including his own circle of close friends, the Perú Libre party and political allies, mainly from Juntos por el Perú and Nuevo Perú.

“In a few days we will start talking with our feet on the ground,” Castillo has told his closest collaborators about the formation of the cabinet.

Pedro Francke and Hernando Cevallos remain almost fixed for the ministries of Economy and Finance and Health, respectively. Both have been having frequent meetings with Castillo on the upcoming government transfer process and other issues in these sectors.

However, the recent meeting of the Cajamarca leader with former Minister of Economy Alonso Segura, in the government of Ollanta Humala, generated rumors about a change of plans for this portfolio. Segura has not come out to clarify these rumors.

Former congressman Wilbert Rozas, who was also in that meeting, denies that Segura was tempted to return to the Ministry of Economy.

“It was only a conversation in which Castillo showed interest in what other sectors think. I did not perceive that they were looking for or insinuating that he would go to any position, nor that Francke would be removed”, said Rozas, member of Tierra y Libertad, to La República.

Sources consulted within the pencil party maintain that Francke, coming from the team of Veronika Mendoza, former presidential candidate and ally of Castillo, has “a thousand times” more possibilities than Segura. “He is the one who has been supporting the proposal”, they reiterate.

Cevallos, ex-parliamentarian of the Frente Amplio and ex-leader of medical associations, has arranged meetings with the Chinese Embassy and the Pfizer and Gamaleya laboratories to speed up the arrival of vaccines in the next government. This week Castillo also released the announcement that “in a few days we will start to talk with feet on the ground”, which reinforces his possibility of integrating the cabinet.

For the Ministry of Foreign Affairs, the option of Manuel Rodriguez Cuadros, who already headed that portfolio in the government of Alejandro Toledo, maintains an advantage. He has the support of Dina Boluarte, the vice-president of Castillo’s ticket and a militant of Peru Libre, according to several sources consulted.

In the Ministry of Education, the leader from Cajamarca has Juan Cadillo, a member of his technical team, as his main candidate. Castillo’s colleagues in Fenatep (Federación Nacional de Trabajadores en la Educación del Perú), the union formed by Castillo after the 2017 teachers’ protests, are still waiting for his response on the educational plan they delivered to him, which they seek to execute with one of their leaders at the helm of that portfolio.

For the Ministry of Culture, the candidate being considered is singer Martina Portocarrero. However, some sources indicate that this position could go to a member of Nuevo Peru.

Avelino Guillen is still being considered for the Ministry of the Interior, although other names have started to be mentioned for that portfolio. Even former presidential candidate George Forsyth, who has visited Castillo several times, has been considered. 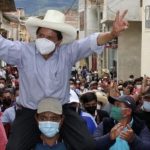 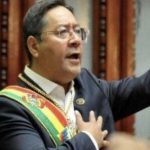