Peru elections: Will there be a left-wing resurgence? 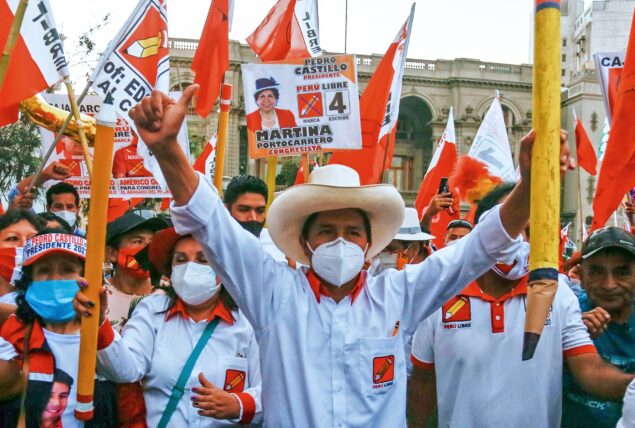 Peruvian presidential candidate Pedro Castillo gives the thumb up as he holds up a giant pencil during the closing rally of his campaign in Lima on April 8, 2021.Gian Masko / AFP – Getty Images

Within the candidacy and project of Pedro Castillo and the Free Peru party, many of the historically marginalized sectors are finding new found hope and inspiration.

Live from TeleSUR: Peru Decides Between Corruption and a New Path Forward

On June 6, 25 million Peruvians will elect their next president and two vice presidents for the period 2021-2026. Leftist candidate Pedro Castillo of the Free Peru political party will face off against far-right candidate Keiko Fujimori of the Popular Force party. All major polls have predicted a victory for Castillo.
With inputs from Daniela Ramos of ARG Medios who is in Lima.