The charges against Donald Trump campaign manager Paul Manafort and his protégé Rick Gates, the first in Special Counsel Robert Mueller’s sweeping investigation, primarily involve laundering money earned in Ukraine without paying taxes or registering as a foreign lobbyist. A main conduit for moving these funds from offshore companies to the United States were a series of real estate transactions that The Intercept identified in February.

At that time, we identified over $19 million in home equity loans taken out by Manafort in New York City over a five-year period. The escalating series of transactions included one particularly large and unusual loan from a banker on Trump’s now-shuttered Economic Advisory Council.

The indictment, unsealed this morning, found that Manafort laundered “more than $18 million” through offshore accounts, money earned while working for corrupt former Ukrainian President Viktor Yanukovych. Manafort and Gates concealed this overseas work in Ukraine and used the offshore accounts to “purchase multi-million dollar properties in the United States,” according to the indictment. Manafort then “borrowed millions of dollars in loans using these properties as collateral, thereby obtaining cash in the United States without reporting and paying taxes on the income.”

The indictment outlines a fairly common money-laundering technique: create an offshore company to accept foreign money and use that company to purchase American property. Then take a loan out against that property. The loan enables the person to have full access to the money without having paid taxes or disclosed the source of the income. Money laundering in the New York City real estate world has become so ubiquitous that it is likely driving up the price of high-end properties. A recent Treasury Department estimate suggested nearly a third of all such properties were obtained suspiciously.

So the dubious home equity loans were critical to the scheme. They became the manner in which Manafort converted Ukrainian earnings into cash he could use in the U.S., while avoiding taxes or reporting.

In the initial story, Julian Russo and Matthew Termine, two New York attorneys who first wrote about the loan data at a blog, indicated the shady nature of the transactions. “It feels like we’re seeing a small piece of the bigger picture here,” Russo said.

From 2012 to 2016, Manafort took out seven home equity loans worth approximately $19.2 million on three separate New York-area properties, owned through holding companies registered to him and his son-in-law Jeffrey Yohai, a real estate investor. The properties include a condo on 27 Howard St. in Manhattan, a condo in Trump Tower, and a four-story, two-unit brownstone in Brooklyn at 377 Union St.

In 2012, Manafort took out a $1.5 million home equity loan on 27 Howard St. from First Republic Bank, through his limited liability company MC Soho Holdings. Four years later, Manafort paid off that loan and got another, even bigger one — for $2.73 million from Citizens Bank.

MC Soho Holdings is named in the Justice Department indictment, which states that Manafort used the Howard Street property as a revenue-generating Airbnb in 2015 and 2016, and took tax benefits associated with owning a rental property. Manafort then represented to the bank that the property was owner-occupied so he could acquire a larger loan. The indictment lists that loan amount at $3.185 million.

By June 1, lender Genesis Capital had filed for foreclosure, alleging a missed payment. In January 2017, MC Brooklyn Holdings transferred the property to Manafort, and two weeks later, Federal Savings Bank, a small lender that normally caters to low- and moderate-income military veterans, issued Manafort’s wife, Kathleen, a $5.3 million loan, evidently to cover the prior Genesis Capital mortgage, and an additional $1.3 million loan. The loan is also short term, due in January 2018.

This $6.6 million in loans to one customer represents roughly 2.2 per cent of Federal Savings Bank’s overall assets, and nearly 11 percent of the bank’s total shareholder equity. The total borrowing cost appears to exceed the equivalent market value of a property of that size in the neighborhood, and it’s also unusual from a risk-management standpoint to loan millions of dollars for a home already in default by the same owner.

Adding to the intrigue is the identity of Federal Savings Bank’s founder, CEO, and chair Steve Calk, a Trump campaign supporter and member of the president’s now-shuttered Economic Advisory Council. Neither Federal Savings Bank nor Calk responded to a request for comment in February. Through a spokesperson, Genesis Capital stated that they “do not release information to third parties about the status of our loans.”

MC Brooklyn Holdings bought the 377 Union building for roughly $2.9 million in late 2012, according to local Brooklyn blog ‘Pardon Me for Asking‘. The indictment indicates that all the money for the purchase came from offshore accounts based in Cyprus. In 2013, the New York Department of Buildings approved a permit to turn the two-unit brownstone into a single-family home. That application lists the owner as Paul Manafort. But the home has been empty since the purchase.

The indictment refers to a “home improvement company in The Hamptons, New York” as the recipient of wire transfers from Manafort-linked offshore accounts. One of a series of 13 suspicious wire transfers identified by BuzzFeed on Sunday went from Global Endeavour, Manafort’s offshore political consulting firm that worked for Yanukovych, to SP&C Home Improvement, a remodeling company out of Long Island. According to SP&C, the $200,000 in that wire transfer was for a remodeling project at 377 Union Street, the brownstone in Brooklyn.

That wire transfer occurred in late 2013 and was described as an advance on the remodel. Though work initially started, none has been performed in the last year and a half; cinderblocks and steel beams line the front yard. A stop-work order on the project is dated February 1, after Manafort secured the new loan. Neighbors have complained about Manafort’s “eyesore” of a project. Manafort told the New York Post that he hired a new architect and planned to complete the conversion by the end of this year.

But in December 2015, Manafort told his tax preparer that the money for the home equity loan “will allow me to pay back the [another Manafort mortgage] in full.” The complaint alleges that Manafort had no intention of actually converting the home with those funds.

Manafort also got a $3 million mortgage loan against his Trump Tower property in 2015, issued by UBS Bank USA, which comes due in 2040.

Adding up all the outstanding indebtedness on the Trump Tower, Union Street, and Howard Street properties, and as of February, Manafort had $12.33 million in home equity loans outstanding, less any principal payments made since they were issued.

In February, Manafort never responded to repeated requests for comment. He’s now in FBI custody. The Justice Department will seek to seize the Howard Street and Union Street properties if Manafort is convicted.

Background in The Intercept:
*  Decades ago, Paul Manafort played a leading role in a pioneering operation to secretly funnel foreign money into U.S. politics, by Maryam Saleh, Sept 5, 2017

As Russia-gate continues to buffet the Trump administration, we now know that the “scandal” started with Democrats funding the original dubious allegations of Russian interference 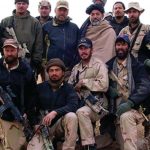 From America with love: U.S. commandos are a ‘persistent presence’ on Russia’s doorstepRussia
Guardians of the Magnitsky mythRobert Parry, Russia