Poland’s National Security Strategy (NSS), published at the tail end of 2014, is guided by the country’s paranoia of Russia. Eerily, the document includes policy recommendations that amount to historical revisionism and government indoctrination, in moves that would certainly be decried as “propaganda” if they occurred in Russia. 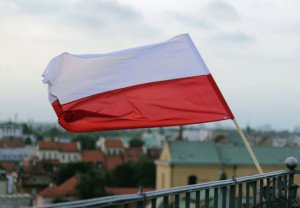 Poland released its NSS strategy late last year, but it’s only now starting to enter into visible practice. The document recommends that Poland use NATO as a tool for promoting its national interests. The recent decision to base the organization’s regional headquarters in the country, as well as more military units, is in full accordance with that strategy.

On the social front, Poland envisages using the media and public education systems to reinforce government-recommended messages for social dissemination. The early results of such policies have been the shameful revision that it was Ukrainians who liberated Auschwitz and that World War II started in Moscow.

If these two startling fallacies (presented as truths by the Polish government) are indications of what is to come, then the country will go even more hard-core Orwellian in the years to come.

Starting off, it’s necessary to put everything into context and look at how Poland defines its overall security goals. The new policy believes that “NATO constitutes the most important form of political and military cooperation between Poland and its allies” and that “among strategic partnerships of Poland, the priority significance is attributed to the cooperation with the United States of America. Poland will strive for the possibly broadest military presence of the US in Europe, including Poland, and it will support activities for the preservation of the US security guarantee for Europe.”

Not only that, but it wants to “[expand] the spectrum of bilateral cooperation with the United States of America, while intensifying political and military cooperation”, because, as is later written, “it is important to preserve a significant and lasting commitment of the United States in European security matters.” Per all of the preceding statements, it’s now evident that Poland is the Pentagon’s gateway to Europe, and that it actively lobbies on the U.S. military’s behalf.

Now that Poland’s proxy role is clear, what exactly does Washington want to use the country to achieve? By speaking through Poland, it wants the EU’s Common Security and Defense Policy (CSDP) initiative to evolve via an “intensification of collaboration between the EU and NATO”, which would basically turn the entire EU into a pan-continental U.S. military garrison.

After bemoaning how “a continuous downward trend in the size of defence budgets of NATO and EU countries will have a negative impact on both organisations’ ability to act” (echoing former Secretary of Defense Robert Gates’ famous remarks), it suggests that “the situation could be improved by the strengthening of the strategic and operational cooperation between NATO and the EU in the field of security”, further showing how adamant Poland is that U.S.-led NATO deepen its institutional influence over the EU.

Poland wants there to be “social acceptance and political consensus with regard to the priority treatment of national security matters in state policy”, and in order to achieve this, massive social engineering using both the schools and media is necessary.

As begets the first, Poland feels that “emphasis should be put on the conduct of educational activities aimed at the promotion of knowledge concerning appropriate identification of threats and effective responses to such situations”, which in layman’s terms, means that Russia is unquestionably the ‘enemy’ and that Poland needs to blindly work with the US to counter it.

One of the methods it intends to use is “consolidating patriotic attitudes as well as active and aware citizenship”, the latter of which evidently also includes “education for security”, where “citizens gain knowledge and skills related to security… provided within the framework of general and higher education”. To make everyone feel like a G.I. Joe under a constant state of siege, Poland announced at the end of last month that it plans to launch a “civilian military training program” in March, which is the first tangible iteration of Poland’s “education for security”.

Poland also aims at the “protection and strengthening of [its] national identity” (amid increasing nationalism as it is), but it doesn’t say from whom or what it fears. Although it’s inferred that it’s Russia, the EU and its hyper liberal values are actually the greatest threats to perceived Polish identity. As but one example, most Poles do not support the West’s de-facto or de-jure recognitions of gay marriage, and in any case, their constitution says that only opposite-sex individuals can marry. Nonetheless, as part of the cultural, ‘patriotic’, and military impulses of the state, the NSS has its own separate section on “media for security”, where it states that “a strategic task in this sector of security is to strengthen cooperation of administration and services with media in order to develop and increase social awareness with regard to appropriate manner of responding to occurring threats.”

Poland then drops an anti-democratic bombshell when it says that “it will be necessary to improve the preparation of press services of state institutions as well as journalists covering the matters related to the national security and to increase the focus of the mission of public media on the said subject.” What else can this mean besides government meddling in the media sphere and state pressure on independent journalists?

Let’s not forget that a Russian journalist, Leonid Sviridov, is fighting deportation from Poland after having been accused of espionage without any proof ever being presented against him.

Paranoid about Russia and ready to test its new propaganda policy, Poland has now taken to the practice of considerably revising major historical events.

Although it preached about the need in its NSS “to improve a coherent cultural and historical policy of the state”, no one could have known that hijacking the history of Auschwitz’s liberation or reinventing the beginning of World War II was what the Polish government had in mind, but that’s exactly what Polish Foreign Minister Grzegorz Schetyna did. He falsely and shamelessly said that it was Ukrainians who liberated the death camp, despite a multitude of other nationalities having partaken in this heroic act, too.

As if his anti-Russian message wasn’t clear enough, a little while later, he said that the 70th anniversary celebrations of the end of World War II shouldn’t take place in Moscow because “it is unnatural to celebrate the end of the war in the place where it was started.” Of course, both heinous comments were met with strong criticism from Russia, and even drew the rebuke of President Putin who said that “you know what absurd and even shameful declarations our opponents have resorted to for the sake of political ambitions, or the sake of containing Russia, in the end, and changing history.”

So what does all of this mean for Europe? Well, here is the successor to a large, former empire (the Polish-Lithuanian Commonwealth) fear-mongering about its neighbor, militarizing its society, propagating fallacies, and drawing a superpower even deeper into its drama. What could possibly go wrong? 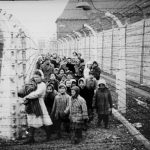 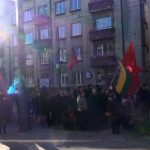