The Hamilton Coalition to Stop the War is organizing a special panel about the growing pressure faced by the World Health Organization, and multilateral health institutions generally.

Sponsored by the Hamilton Coalition to Stop the War, Aug 19, 2020

U.S. hostility towards the World Health Organization now poses a threat to its viability. Powerful governments and media, particularly in the U.S., argue that the WHO has been captured by ‘rival’ states such as China. Political figures accuse the WHO of failing in its duties, such as the distribution of vital information during the pandemic. Is this the case?

Our panel will discuss the importance of global health institutions, such as the WHO, and the political questions raised by recent events. Including that of why Canada’s Parliament is following the U.S. lead. Are multilateral institutions still relevant and useful in an era where the international order is facing severe challenges? 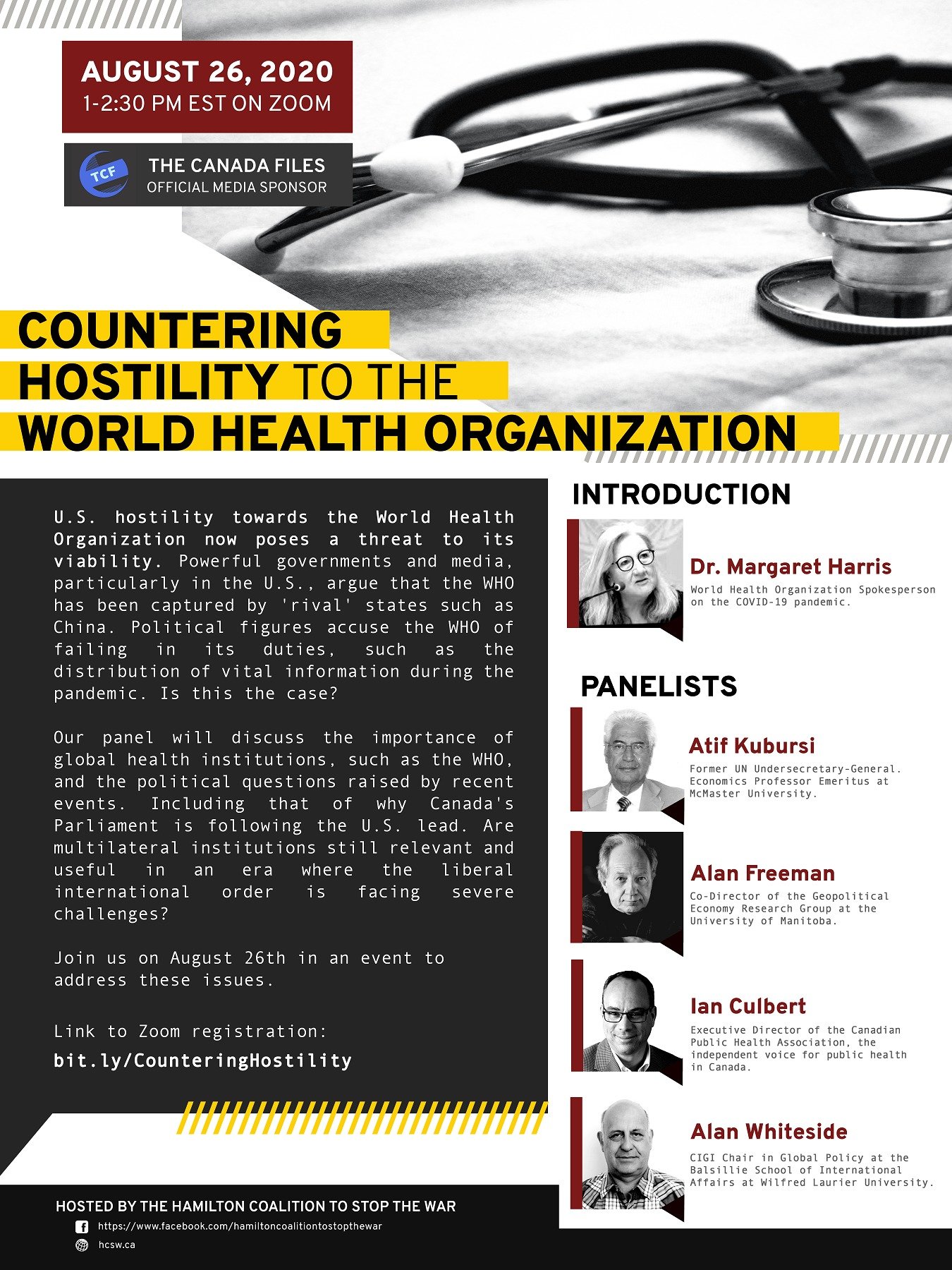 Executive Director of the Canadian Public Health Association, the independent voice for public health in Canada.